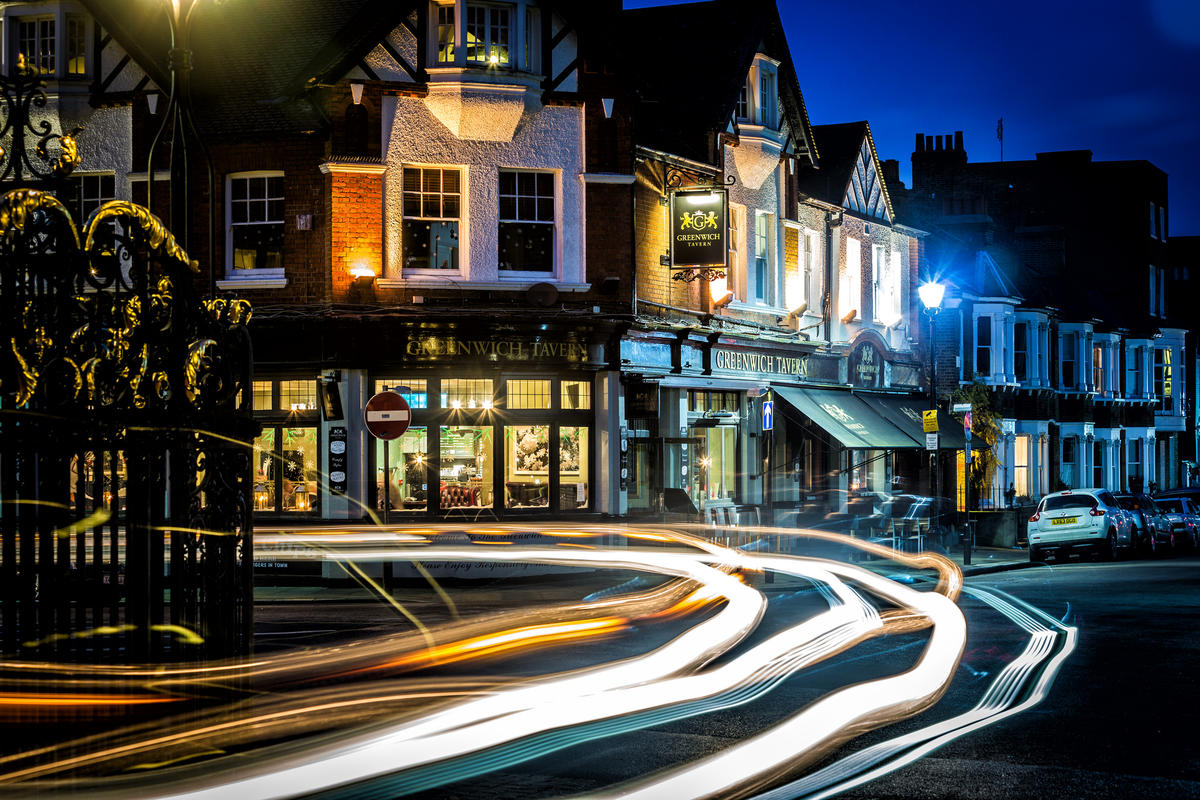 In the main cities of the UK, visitors will find almost every Western cuisine and most Eastern ones. Restaurants exist at all levels from Michelin-starred fine ding to hole-in-the-walls serve customers at all price levels. Popular gastro-pubs and bars are found in city centers, whlie country watering holes serve traditional pub grub by the plateful. Evening entertainment includes nightclubs, dance spots, trendy bars, theater, dance, and musical performances.

Bars and Pubbing in the United Kingdom

Pubs are a British institution, and can found in every district of every town and on every other street in London. Gastro-pubs are popular in the big UK cities, and dance clubs are loved everywhere. Regional differences in bars make a fascinating study, with Irish hostelries serving the dark, bitter Guinness and other stouts, while trendy English spots and country pubs featuring craft beers and ales.

Newcastle pubs sell the famous and deadly Newcastle Brown ale and, for single malt lovers, Scottish pubs offer a selection of the best. Closing hours vary, as 24-hour drinking has been introduced in the UK, but 11:00 p.m. is the traditional time for “last call.” Rotherhithe in London’s historic Docklands area is home to the Mayflower Pub, (11, Rotherhithe Street, London) set in an 18th century building with views of the Thames. The Sir Richard Steel (97 Haverstock Hill) is set in trendy Hampstead, serving craft ales to an eclectic crowd.

For a true London experience, the Palm Tree Pub (Haverfield Road, Mile End) is what’s known as a “proper East End boozer.” Time stands still here, with 50’s and 60’s décor and a beer-stained carpet. Pubs like this are unique London landmarks and fast disappearing institutions. If you’re north of the border in Edinburgh, the Grassmarket Pub (Grassmarket, Edinburgh) is dimly lit, characterful and serves great beer. In Wales, Cardiff’s City Arms Pub (10-12 Quay Street, Cardiff) is a quaint Victorian building with a resident ghost. Across the water in Belfast, the Crown Liquor Saloon (Great Victoria Street, Belfast) is a splendid gin palace built in 1826.

Dining and Cuisine in the United Kingdom

Including regional variations, British food tends to employ more basic cooking techniques than other cuisines. The focus in the UK is on good ingredients with few herbs, spices and sauces that don’t mask the flavors as they do in other gastronomies. A typical Sunday lunch is roast beef rich in gravy, crispy roast potatoes and two serving of vegetables, accompanied by Yorkshire pudding. Fish and chips, once Britain’s favorite food, have now been replaced by Indian curries, almost unknown before WWII.

Click here for Shopping and Leisure in the United Kingdom