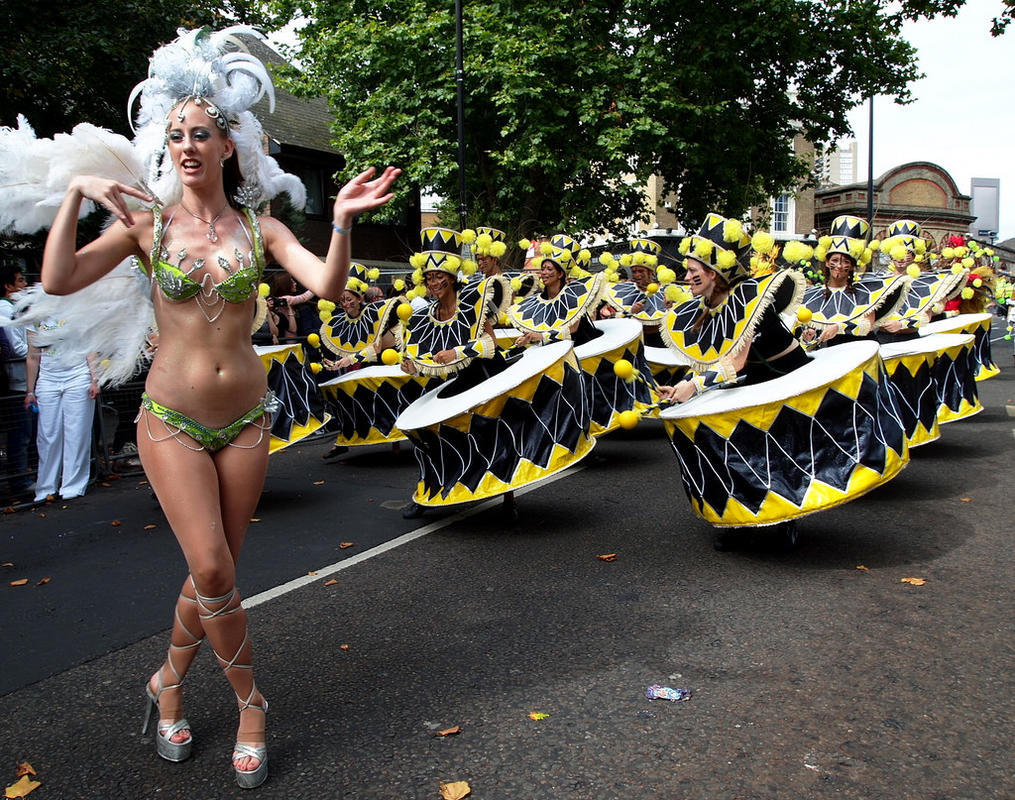 Festivals in the UK tend to concentrate on culture and musical talent spanning several days or weeks, although a few traditional events still take place. Two of the most famous are the Notting Hill Carnival and the Edinburgh Festival and Fringe, both held in August.

Every August the street of Notting Hill thrill to one of the largest and most stunning West Indian carnivals on earth, attended by millions of visitors arriving especially for the event. Thousands take part in the breathtaking parade, with each group vying to create the best floats, the most elaborate costumes and the hottest dance routines. All kinds of street food is offered, and steel bands and West Indian music plays all day long.

The Edinburgh Festival and Fringe in August sees the UK overtaken by millions of spectators for a three-week period with entertainers of all kinds. Venues overtake the city’s theaters, concert halls, pubs, clubs, restaurants, warehouses, bars, school halls, churches, community centers and streets.

One of the largest and most-loved music festivals on the planet, Glastonbury is set on a huge site in Somerset with its Arthurian legends and alternative lifestyles. Held in June close to the summer solstice, it’s a massive feast of contemporary music, theater, comedy, dance, circus and many other performances.

The trendy south coast resort town of Brighton holds its annual arts festival every May, with parades, fireworks, street performances, theater, music, literature, and the visual arts on display. The innovative Artists’ Open House sees craftsmen open their homes to visitors for the viewing and purchase of their work.

The quaint Derbyshire Peak District town of Buxton has been home to its own classical music and opera festival since 1979, but has joined forces with the Buxton Festival Fringe. Centered on the charming Beaux Arts Buxton Opera House, the combined event now includes jazz, movies and contemporary music in July.

Durham was the heart of England’s mining country until the 1970’s, with each colliery having its own traditional and beloved brass band. Even though mines are closed, the tradition continues on at this July festival, with the thrilling sound of brass from all over the world performing in the streets. Some of the original players have handed down their skills to their children.

Hadrian’s Wall was built along the English/Scottish border by the Romans to keep marauding Scot clans out. Much is still standing today and every March, an 85-mile section of the wall is illuminated by burning braziers stretching from Wallsend to Bowness on Solway creating a magical spectacle.

Every November 5, the UK’s public parks and back gardens come alive with bonfires and firework commemorating the unsuccessful attempt by Guy Fawkes and his band of 16th century political activists to blow up England’s parliament building. Kids dress up in costumes and wave sparklers. The best place to witness the United Kingdom holiday celebration is in the London Parks.

St Patrick is the patron saint of Ireland, and his birthday, March 14, is celebrated wherever in the world there are Irishmen. The liveliest events in the UK take place Belfast with plenty of green clothes, giant parades and hitting the pubs in search of Ireland’s traditional black stout, Guinness. Northern Irish bands perform while community groups gather for traditional dress, floats and fireworks.

May on the Scottish Shetland Islands sees the Shetland Folk Festival celebrating Scottish, British and international music. Visiting artists arrive from around the world for concerts and events, and the inaugural opening ceremony takes place in the middle of the North Sea on an overnight ferry.

The traditional place for Londoners to celebrate the coming of the New Year is Trafalgar Square in the heart of the city, with thousands making it an annual pilgrimage to jump in the fountain on a freezing winter’s night. Revelers climb over the four bronze lions below the image of Admiral Nelson on Nelson’s Column in the center of the square. Coming early is the only way to get anywhere near the action.

Click here for Things to Do in the United Kingdom