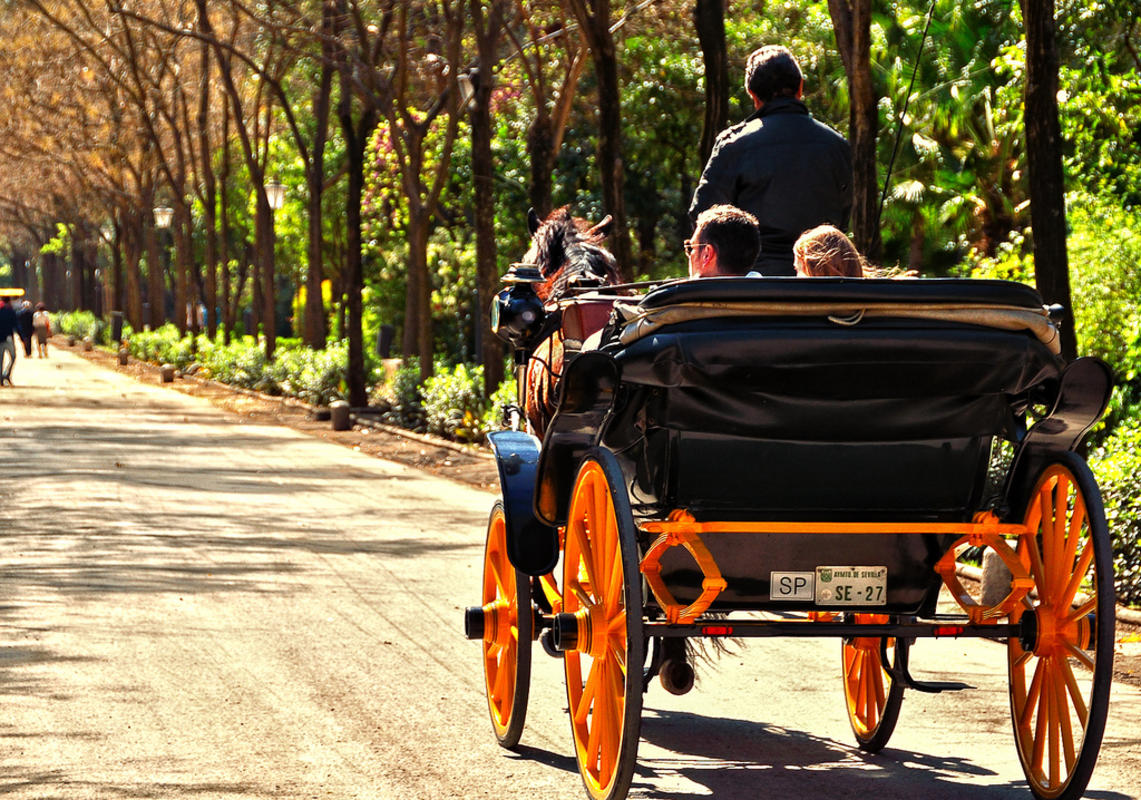 Taxis are a convenient way to get around the cities of Spain, although they are more expensive than other forms of public transportation. Most drivers only speak Spanish, and the sector is heavily regulated, with registered cabs displaying a local government license plate. Prices are set by the authorities and can be flagged down on the street, picked up from a stand or pre-booked. Taxis at airports have an extra fee, but they are known to overcharge so make sure the vehicle displays a visible fare table before departing, especially at the beach resorts. Teletaxi (+34-91-371-2131) and Eurotaxis (+34-91-547-8200) are two reliable operators.

Most major US rental car firms have outlets all over Spain, which is the best way to get around if you’re planning to tour outside the major cities. Drivers must be at least 21 and fully comprehensive insurance is a must. Inner city sightseeing by car can be a hassle due to horrendous traffic and a lack of parking, but the car wins out every time on Spain’s fast main roads. Drivers can be unpredictable, and use caution on the mountain roads. Gas is expensive, but it’s worth it for flexibility of travel.

Vacationers from the UK can arrive in Spain at Santander via ferry from Plymouth or Bilbao from Portsmouth. The port at Valencia offers boats from the mainland to Spain’s Balearic Islands, while travelers to the Canary Islands can take a ferry from Cadiz. Once on the islands, inter-island ferries are the best way to get around.

Spain’s high-speed AVE train network is the most extensive in Europe, making it easy to get between major cities at speeds faster than even the famous Japanese Bullet Train. Its slower regional networks are not as impressive, as delays can occur and coverage leaves a lot to be desired. Travel by rail is comfortable, with prices around half those in many other EU countries. The three to 10-day rail passes can save you even more money.

Spanish bus services are run by a large number of companies offering extensive coverage at low prices. For short haul trips, they’re comfortable enough, but long journeys may be a problem as they don’t have toilets. In rural areas not covered by the rail network, they’re the only public transportation available, connecting every village and small town. Longer trips are generally faster than most trains with the exception of the AVE routes.