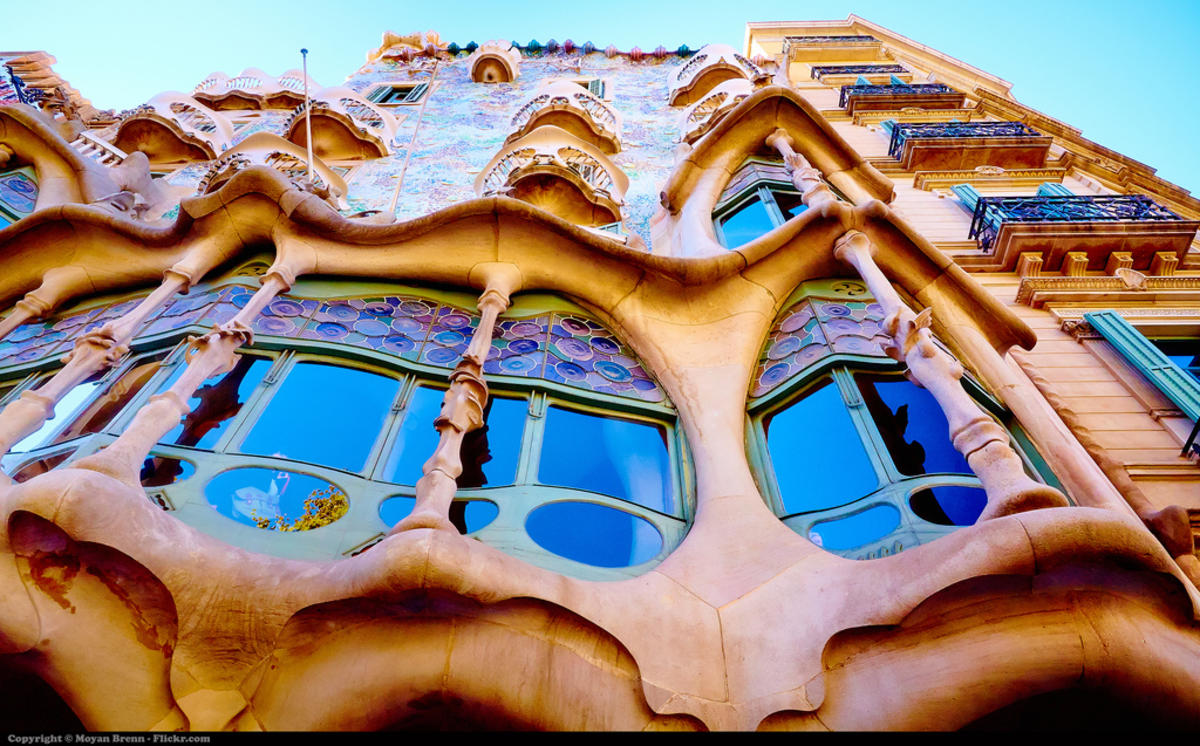 There are so many attractions in Spain it’s impossible to get to them all in one trip so prioritize, prioritize, prioritize. Aside from the obvious Mediterranean and Atlantic coastal beach resorts, most of the landmarks relate to the country’s fascinating 2,000-plus years of history or the glorious natural beauty, from the height of the northern mountains to the sun-soaked shores of the south.

The must-see attraction in Barcelona was designed by Antoni Gaudi over 100 years ago, and is scheduled to be finished over the next 20 years or so. The best example of a traditional medieval cathedrals, its romantic, soaring spires and towers are reminiscent of a fairytale castle. The nave was consecrated by the current Pope in 2010, and regular services are held here. Address: Carrer de Mallorca 401, Barcelona Phone: +34-93-207-3031 Website: http://www.sagradafamilia.org

The other essential attraction for visitors to Spain is the unbelievably magnificent Moorish citadel/palace of the Alhambra in Granada. Its imposing terracotta walls loom over the city against a background of the Sierra Nevadas, giving no hint of the glories within. A Moorish fortress built in the 9th century, its magnificent palaces weren’t added until the 13th and 14th centuries. Now a UNESCO World Heritage site, its intricate tiled decorations are amongst the finest examples of Islamic architecture in the world. Address: Granada. Spain Phone: +34-90-210-0095 Website: http://whc.unesco.org/en

A massive, lavish Baroque masterpiece in Spain, the Palacio Real was built in the late 18th century as the residence of the Spanish Royal family. Its 2,800 rooms are jewel boxes holding amazingly ornate décor, paintings by Goya and other famous artists, hundreds of gilded-bronze clocks, and at least five priceless Stradivarius violins. The grand stairway and Throne Room reflect the sheer power of the Spanish Empire. A visit to the Royal Armory reveals weapons from the 15th and 16th centuries. Address: Calle de Bailen, Madrid Phone: +34-91-542-6947 Website: http://www.patrimonionacional.es

This Madrid art gallery holds one of the world’s premier displays of works, focused on great Spanish artists from the 16th century onwards. Paintings are a refection of the Spanish soul, imperious in Velasquez’s royal portraits, dark and restless in the famous Black Paintings by Goya and quirky and outward-looking in the 20th century. Take your time perusing, as it can be a little overwhelming. Address: Paseo del Prado, Madrid Phone: +34-91-330-2800 Website: http://www.museodelprado.es

Built around 50 AD, this magnificent Roman construction is in almost perfect condition, standing tall across the ancient city of Segovia as it did 2.000 years ago. A monumental triumph to engineering, the aqueduct brought water from the Rio Frio river to the town via a canal, and spans the 813 m Rio Clamores valley on 182 pillars with double arcades. The massive structure was partially restored in the 15th century and used until modern times, as there are concerns this unique UNESCO World Heritage site may sustain damage from industrial pollution and traffic vibration. Address: Segovia, Spain Phone: n/a Website: http://whc.unesco.org/en

Built by Moorish conquerors more than 1,000 years ago, the incredible medieval walled city of Cuenca is rightly another of Spain’s UNESCO World Heritage sites. Set at the heart of the Cordoba Caliphate, it was reconquered by Castilian forces in the 12th century and its mosques were re-consecrated into Christian churches. It became a royal town with grand buildings including Spain’s first Gothic cathedral, and is known for its “hanging houses,” precariously perched on cliff overhangs from the river. Address: Province of Cuenca, Spain Phone: n/a Website: http://whc.unesco.org/en

Its formal name, the Royal Seat of San Lorenzo de El Escorial, is another UNESCO World Heritage site as the historic residence of the kings of Spain, located just 45 kms from Madrid. The huge, walled complex contains a large monastery, the royal residence and a museum and spans the top of a hill, towering over the town and valley below. Its sheer size will have you gasping, and its late 16th century construction was ordered by Imperial monarch and mystic Philip II in repentance for his destruction of San Lorenzo’s church in 1577. The austere design was in complete contrast to Spain’s traditional Renaissance architecture and is said to represent Philip’s heartfelt vow of repentance. Address: San Lorenzo de Escorial, Spain Phone: +34-91-897-3000 Website: http://whc.unesco.org/en

Recognized as one of the most important post-modern buildings in the world, Bilbao’s Guggenheim Museum was designed by architect Frank Gehry, and has challenged conventional relationships between architecture and art ever since. The collection spans the period from the mid-20th century to the present day and embraces key movements of the time, but the breathtaking building itself is the star of the show. Address: Bilbao, Spain Phone: +34-94-435-9000 Website: http://www.guggenheim-bilbao.es

The famous pilgrimage route of the Way of St James has led devout Catholics from all over Europe to the beautiful town of Santiago de Compostela for over a thousand years. The city’s magnificent cathedral is set in the Old Town, a UNESCO World Heritage site, and legendarily contains the miraculous remains of St James the Apostle. Construction of the present cathedral began in the 11th century and took around 50 years to complete. People arrive to the beautiful Praza do Obradoiro, the square on which the cathedral, a royal palace and other heritage buildings are set. Address: Galicia, Spain Phone: n/a Website: http://whc.unesco.org/en

Stretching for 100 miles from Bilbao to the French Pyrenean border, the Basque country is home to fiercely independent people who’ve spent most of the last 1,000 years isolated from mainstream Spain where most prefer to speak their own dialect, Euscara, unrelated to any other language in the world. The Basque region is divided between the popular coastal resorts such as San Sebastian and the wild, unpredictably beautiful, mountainous inland region. Part of the area is an autonomous region within Spain, with its capital Vitoria-Gastiez, and exploration will reveal dramatic scenery, Basque architecture unique to Spain and one of the world’s most distinctive gastronomies. Address: Northwestern Spain Phone: n/a Website: n/a