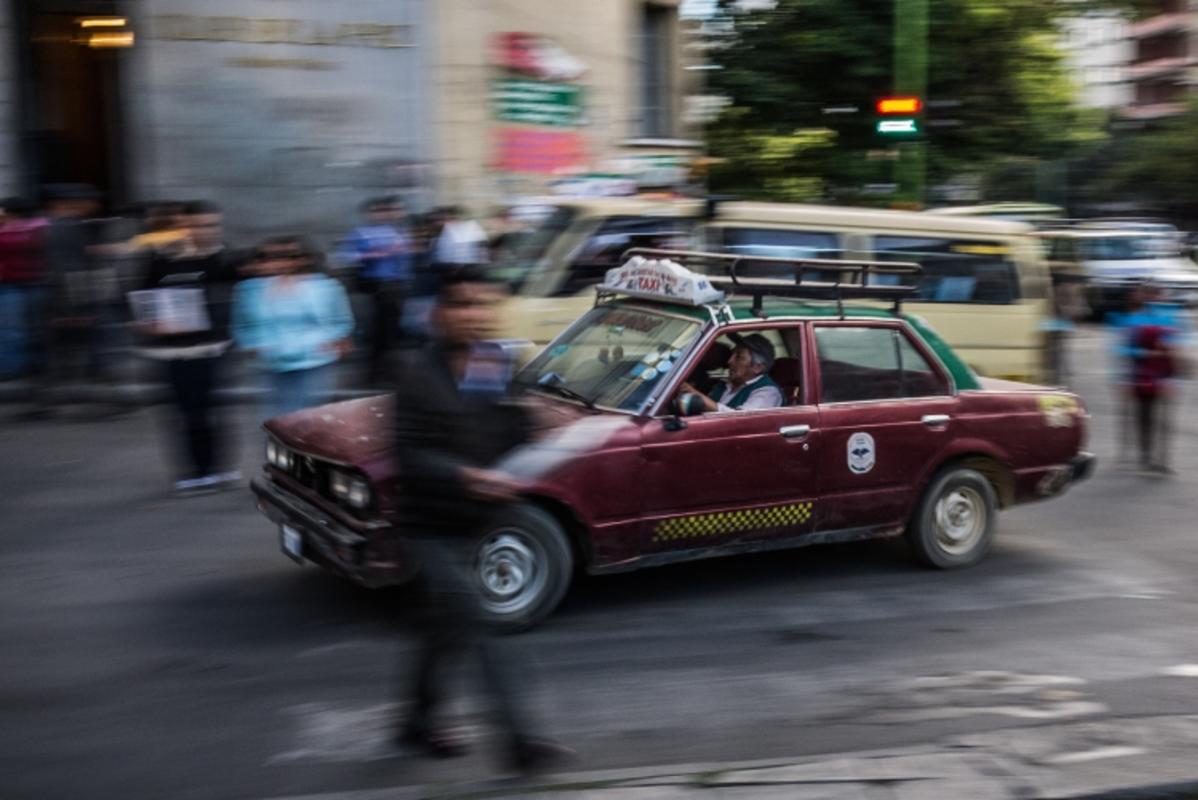 Cities in Bolivia can be difficult places to move around, with the best option for getting from point A to point B often by taxi. Cabs can be found anywhere at any time in almost any city or town and are a cheap and safe option. Most taxis are not equipped with meters so a fare should be negotiated with the driver before departure. Before you get into a cab, it is a good idea to ask a local or the hotel staff an estimated cost to your chosen destination. A few well-known and widely used taxi companies are El Alto Airport (+591-102-2810-122) in La Paz, Casablanca Taxis (+591-64222230) in Sucre, and Moto Mendez (6644480) in Tarija.

Renting a car in Bolivia is an adventure you could probably do without. Most airports do not have car rental on site. Vehicles are only delivered to the airport or your hotel upon advance reservation. In rural areas, the roads are poorly maintained and at times, can be hazardous, while traffic in large towns and cities is chaotic and busy. If you’re unfamiliar with the road system, it is advised to take a taxi or coach. The cost for even a relatively long journey by taxi is cheap.

Bolivia’s internal train network is limited, but offers a safe and comfortable alternative to road travel. You can find two main rail hubs; one in western Bolivia and another in the east, in the city of Santa Cruz. The trains in the east are controlled by Ferrocarril Oriental, which run two lines; one from Santa Cruz to the border of Brazil and the other from Santa Cruz south to the Argentinean border. The main train station in the west of the country is at Oruro on Calle Velasco Galvarro and Calle Aldana.

Bus services in Bolivia are of a decent standard and many tourists, especially backpackers, use the nationwide network. There are numerous companies that offer transportation to virtually every spot in the country. However, be aware that buses are often seriously delayed due to bad road or weather conditions. If your journey is time-dependent, other options should be considered first.