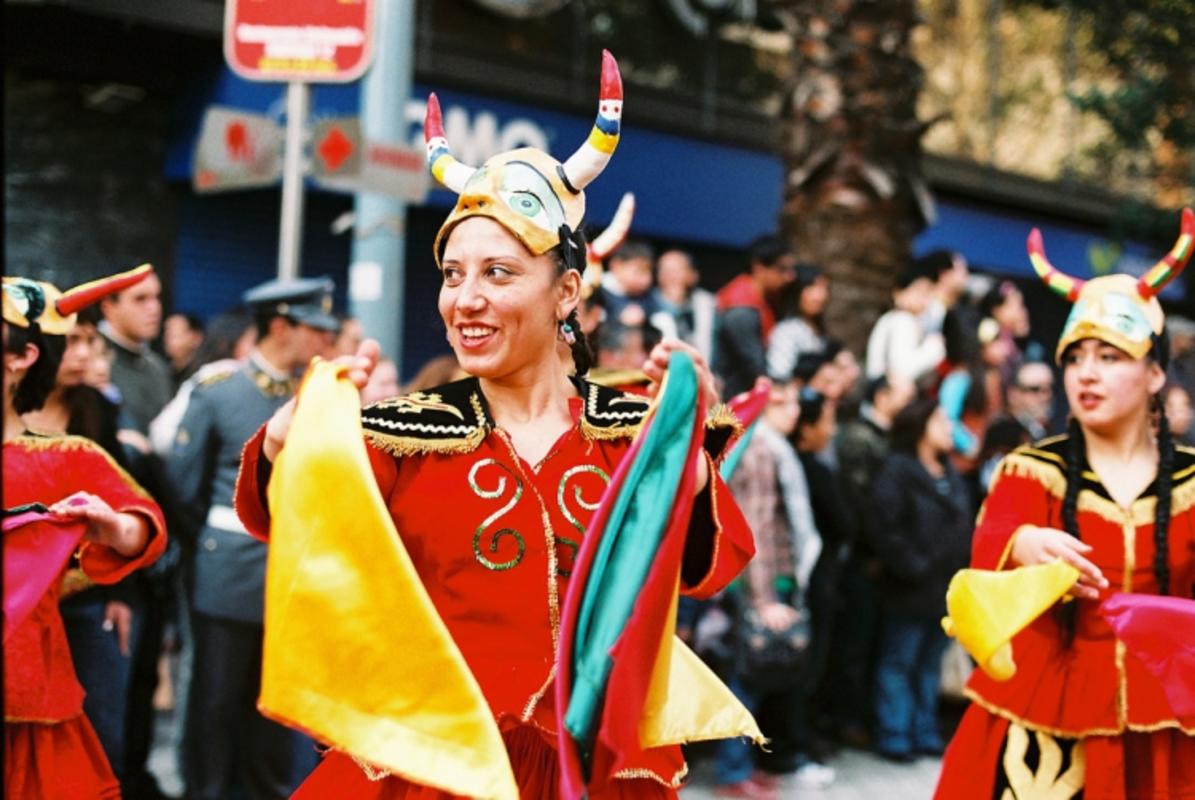 Bolivia has a staggering amount of festivals throughout the year, with many based on pseudo-Christian beliefs while others purely indigenous American affairs. Some of these events can become boisterous and are not recommended for visitors, but most are friendly gatherings where tourists are more than welcome. Experience the colorful, two-day celebrations of the Urkupina Virgin in Cochabamba or the enchanting, folkloric dancers of the Festival del Gran Poder in La Paz, or the most spectacular Bolivia holiday of all – the Oruro Carnival.

A sleepy mining town, centuries of tradition and a fusion of Catholic and indigenous religious beliefs come together to form Bolivia’s most popular festival. Oruro is celebrated the week before Ash Wednesday and in just a few days’ time, the town sees more than 400,000 visitors. People come from all over to witness the marching bands, the traditional folk dances and parades that are so elaborate they last for dozens of hours.

This festival revering the cross on which Christ was crucified takes place on May 3 in Bolivia nationwide. The best parties are held on the island of Suriqui (Lake Titicaca) and in Tarija, Vallegrande (Santa Cruz), Copacabana (La Paz), and Cochabamba.

A celebration for San Juan Batista is held across Bolivia on June 24. Large bonfires are ignited and people drink and jump across the flames. In the highlands, they light fires to keep evil spirits away on the coldest day of the year.

The date of this ancient celebration marks the first rays of sun during the winter solstice each year. A gathering of indigenous leaders from the Aymara population come together in Tihuanaco (La Paz) to pay homage to the new year. Mass and pagan rituals celebrate the power of the fertility and good luck god Inti. Crops are offered as gifts to the deity for the coming harvest.

This celebration is held in the neighborhood of San Lorenzo, in the city of Santa Cruz, as well as in the town of San Lorenzo in Tarija. Dancing, music, and colorful processions reign on this August 10 event in Bolivia.

This religious festival for the holy cross takes place September 14 in Sorata (La Paz), Potosi, Oruro, and Cochabamba. It is one of the biggest events in Cochabamba and Sorata’s most important day. A pilgrim procession in veneration of el Senor de Manquiri takes place in Potosi along with dancing, music, and mass.

Held during the first week of October in Viacha (La Paz), Quillacollo, Tarata and Morochata (Cochabamba), Tarija (Tarija), Warnes (Santa Cruz), Tarabuco (Chuquisaca), Huayllas (Oruro), and other places across Bolivia, this celebration for the Virgin of the Rosary includes mass, processions, music, fireworks, and dancing.

A religious celebration of All Saints’ Day on November 1-2, cemeteries and graves throughout Bolivia are visited by relatives and loved ones. Flowers and garlands are placed on the tombstones and tables are set with a place for the spirit of the deceased. There is a tradition to bake bread babies, sweets, and various refreshments throughout the festival.

This is the main festival of the city of San Francisco Xavier. Typical dances of the aboriginal inhabitants are a spectacle and represent the actual defenses that the Jesuit Missionaries acted out against the Portuguese. This event takes place December 3 in Santa Cruz.

Observed December 24 nationwide, this is the holiest of all festivals on the Christian calendar, better known to westerners as Christmas. Each area in Bolivia has its own variation, but the more exotic ones are in Villa Serrano and Sucre (Chuquisaca), Vallegrande (Santa Cruz), San Ignacio de Moxos (Beni), and Tarija, where some of the celebrations last until the end of January.