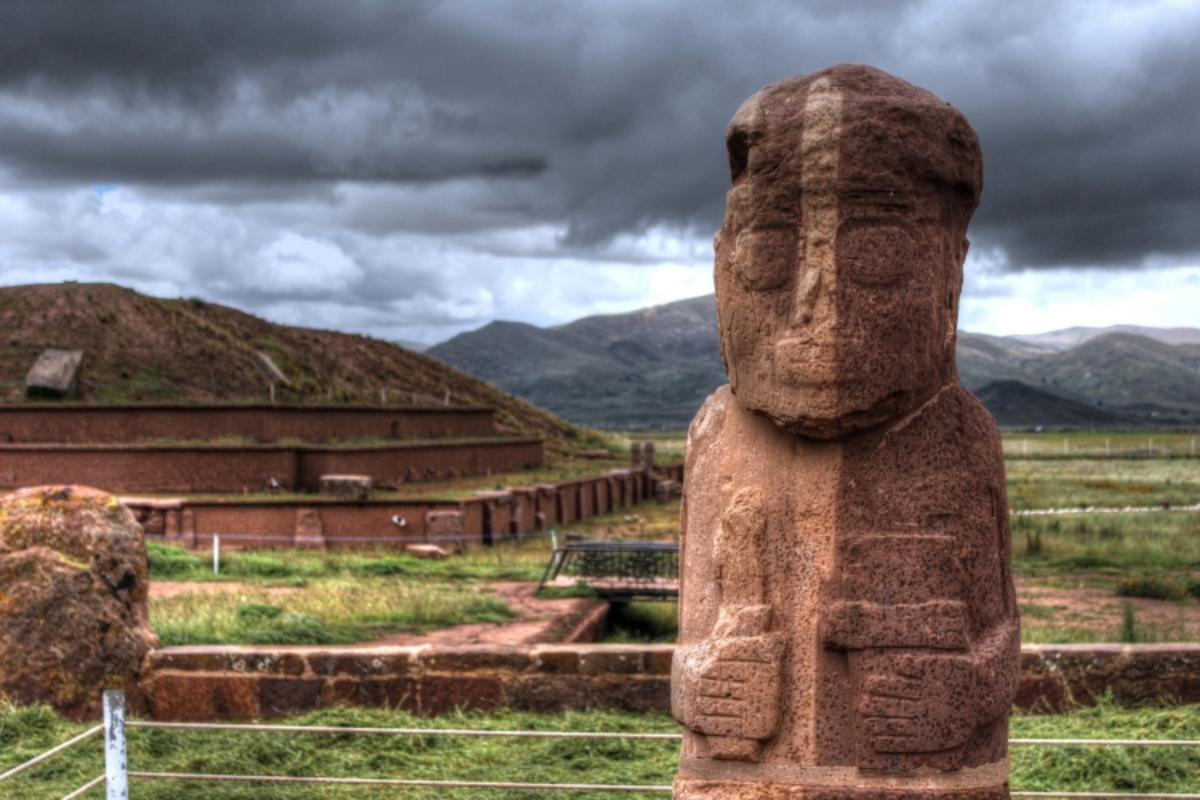 Bolivia’s culture has been molded through its relationship between Spanish conquistadors and the Native Indians of South America. This ethnic diversity has allowed a unique people to emerge, with deep roots in both Catholic Europe and tribal America.

When most people think of Bolivian culture, they think of the indigenous people that live in the high Andes or the powerful culture of the Incan empire that for so long dominated the area. Even today, Bolivia’s culture is rich with superstition, mystical beliefs, and bizarre rituals, many of which date back to a time even before the Incas.

Long before the arrival of Europeans, sophisticated Indian societies inhabited the Andes region of South America. Remains of these people, especially the Tiwanaku civilization, are strewn throughout the countryside and serve as a reminder of the first great Andean empire in Bolivia.

Tiwanakan dominance lasted until 1200 AD when the regional kingdoms of the Aymara emerged as the most powerful of the ethnic groups living in the densely populated region surrounding Lake Titicaca. Power struggles continued until 1450, when the Incas incorporated upper Bolivia into their growing empire.

Spanish conquistadors first caught sight of the New World in 1524. Fueled by fantasies of El Dorado (the legendary lost city of gold), they became more aggressive in their colonization and had several spectacular victories against the Incas before the civilization managed to fight back. In 1538, the Spaniards defeated Inca forces near Lake Titicaca, allowing full-scale expansion into central and southern Bolivia.

Although some resistance continued, the conquistadors pushed forward, founding La Paz in 1549 and Santa Cruz de la Sierra (Santa Cruz) in 1561 as Bolivia’s first official cities. In the region known as Upper Peru, the Spaniards found the next best thing to a city of gold; a city of silver – Potosi.

In the mid-18th century, Spanish control in South America began to weaken. An Inca-inspired revolt in 1780 led nearly 60,000 Indians to rebel against the Spaniards near the Peruvian city of Cuzco. Spain ended the conflict in 1783 with an execution of thousands of Indians, but the revolt showed just how precarious Spain’s grip on Bolivia really was.

In 1809, Upper Peru saw one of Latin America’s first independence revolts. Although defeated, the radicals set the stage for more successful rebellions. After this time, Spain never fully regained control of the region and it became an area of prolonged conflict between Spain and the newly independent Argentine Republic.

By 1817, Spain had suppressed Argentina’s independence, but it proved to be a short-lived victory. In 1820, conflict re-emerged in Upper Peru and this time, rebels led by the iconic Simon Bolivar Palacios claimed victory and finally brought Spain’s rule to an end.

During the remainder of the 19th century, Bolivia was plagued by political instability, the rule of authoritarian regimes, and poor economic growth. The army takeover of the government in 1964 started a prolonged period of oppressive military rule in Bolivia. Throughout the 1960’s and ‘70s, successive military governments focused on maintaining internal order, modernized the mining sector and defended the country’s sovereignty.

In 1967, the Bolivian Army won great praise in the US when it captured Argentine revolutionary Ernesto Che Guevara and some of his guerrillas in the remote Villagrande region. The guerrilla band, dispatched from Havana, Cuba tried unsuccessfully to incite a peasant uprising among Bolivia’s Indian population.

In the late 1970s, Bolivia’s military regime came under pressure from the US and Europe to introduce democratic rule. With international opposition from civilian groups mounting, a presidential election was announced for 1980. However, two subsequent military coups delayed the transition to democracy. In September 1982, the military finally handed over power to a civilian administration led by Hernán Silas Zuazo and Bolivia became a democratic nation.

Like the land itself, Bolivia’s culture is diverse, and depending on which region you are in, it can vary substantially. In the Andes, you can see some of the customs that existed during Inca times, which are particularly evident in the indigenous population of the Altiplano region.

In the southern part of Bolivia such as in Tarija, the cultures and customs are related to the close proximity to Argentina. In many of the larger cities of Bolivia, many of the Spanish-speaking inhabitants follow western customs, dress, and music.

Festivals are a big part of the Bolivian culture, and no matter where you are in the country, some kind of party is likely in progress. In true Bolivian style, these events involve lots of drinking, dancing, and laughter.

Click here to learn about the Weather in Bolivia