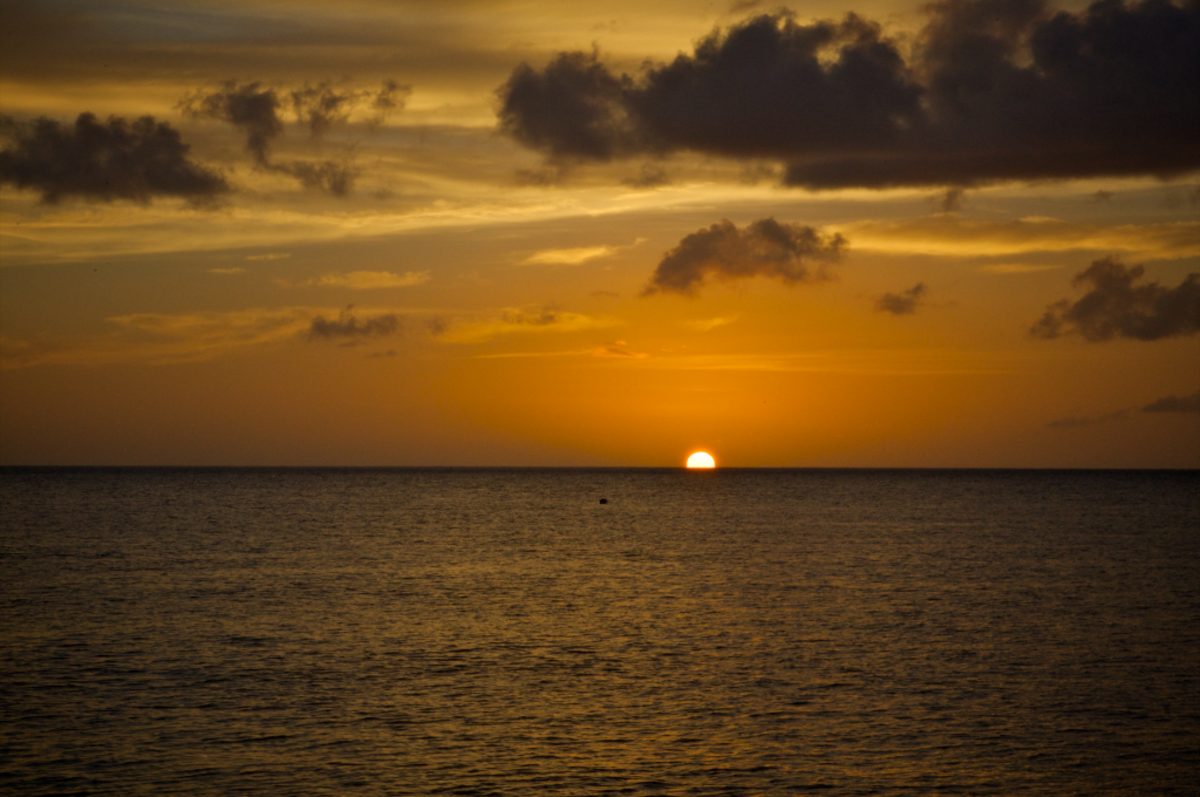 St Lucia is a tropical island in the Caribbean Sea with a hot, humid climate. Annual temperatures are between 79°F and 90°F at sea level, although it feels cooler as the island experiences northeast trade winds. Temperatures in the mountain peaks are also cooler, averaging 55°F annually. Average annual rainfall is around 80 inches, with most of this falling between June and November, the wet season. December to May is the dry season, with less rain, and slightly cooler temperatures.

The temperature does not fluctuate very much between the wet and dry seasons, due to St Lucia’s proximity to the equator. There is greater precipitation in the mountainous rainforest, with an average of 150 inches per year, and in coastal regions this is much lower, about 51 inches annually.

St Lucia is within the Atlantic hurricane belt, and although the island has historically avoided a direct hit, you can at least expect storms during the hurricane season. The official hurricane season is between June and November, which coincides with the wet season although St Lucia has not experienced a severe devastating storm.

The high season for St Lucia runs from mid-December to May, covering both Christmas and Easter holidays. During this time the island attracts many visitors from North America and Europe escaping the colder climes on vacation. However, a visit after this time will see lowered hotel rates and less crowds, so a great time to visit is perhaps the ‘shoulder’ season, either May and early June before the wet season commences, or early December after is has finished, yet before the traditional high season.

However, if choosing to visit in May or July, bear in mind that visitor numbers significantly increase for the annual Jazz Festival and Carnival. During this busy time it is worth booking accommodation as early as possible. Also, if you are intending to visit rainforest areas it is worth considering that many of the trails can become inaccessible during the peak of the rainy season, around September and October.

Click here for Festivals and Events in St. Lucia