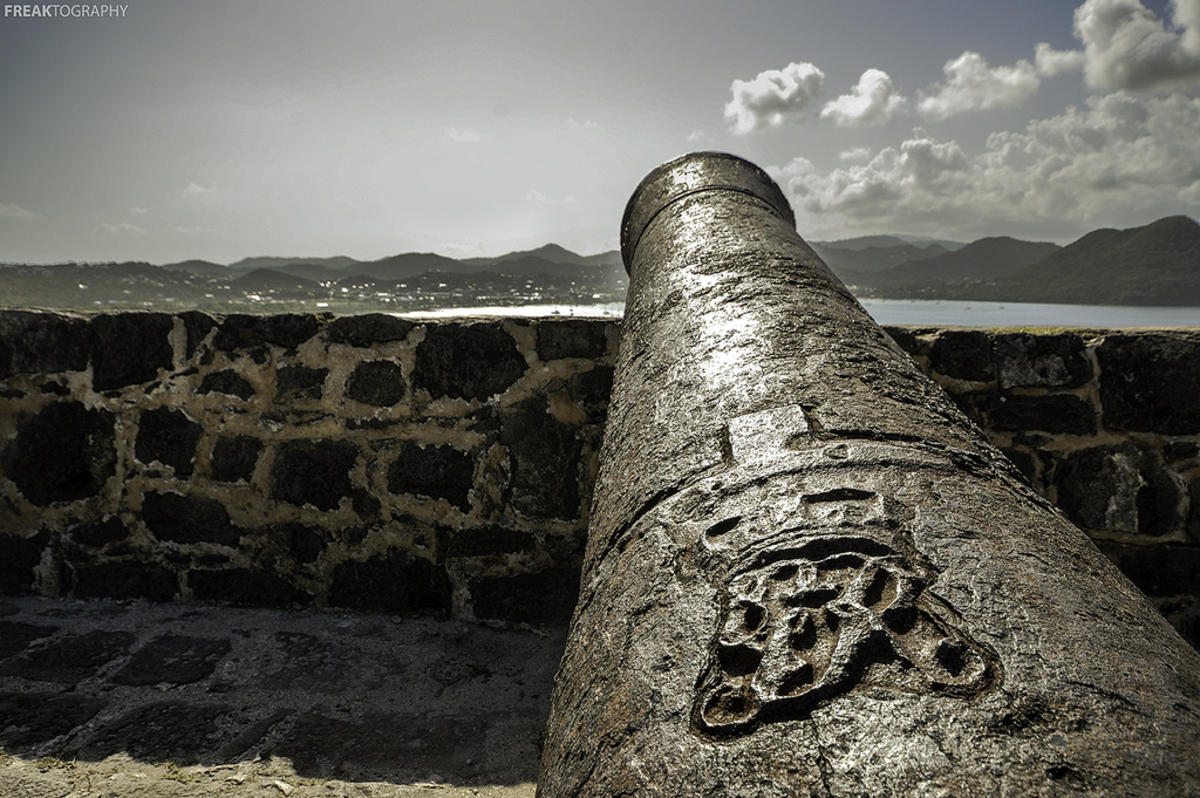 St Lucia is a small island nation which boasts a huge history. It was first settled by Europeans as far back as 350 years ago, and today the culture is a melting pot of people of European and African descent. Colonizing European powers were interested in this island in the Caribbean in order to cultivate and export crops during the spice trade, although today the main economic activity of the island is tourism.

The island of St Lucia was originally inhabited by the Arawak people, believed to have travelled over by boat from the South American continent between 200-400 AD. Evidence of their existence here has been discovered, such as pottery from archeological digs. The Carib people, who dominated most of the Caribbean islands (and from which the region’s name derives), then began to replace the Arawaks between 800 and 1000 AD, and remained there until European exploration.

The exact date is unsure, due to confusion in the documentation at the time, but Europeans first landed on the islands in either 1492 or 1502, in the early expeditions of the Spanish empire. The Spanish were not particularly interested in colonizing the island, since they had their sights on the riches of South America, and the British failed at their first attempts of colonization in the 17th century. In 1660, the islands were settled by the French, who signed a treaty with the native Carib tribes to begin cultivating sugar cane on plantations.

St Lucia was one of the first countries in the Caribbean to be settled by Europeans, and as the sugar and spice export trade grew, so did the import of slaves from Africa. By the time slavery was abolished in 1834, the number of people of African descent greatly outnumbered those of European descent. Today, the country is made up of 95 percent of those of African and mixed-African European descent. Three percent of the population can claim to be of Indo-Caribbean descent.

Many battles were fought between European forces for control of St Lucia in the period leading up to 1814, when it was then finally secured by the British, who by that time had an empire that dominated the region. It became part of the British Windward Islands colony, until this was dissolved in 1958. The country joined different alliances, never fully independent, until it gained full sovereignty in 1979.

St Lucia remains part of the British Commonwealth, and today its population of around 175,000 can boast a fairly good standard of living and stable politics. The main economic activity of the island is tourism, although the financial crisis in the US and Europe has seen a huge decline in the last few years. The banana export industry is also an important part of the economy, but increased competition from Latin American growers has also seen the pockets of St Lucians suffer recently.

The culture of St Lucia is a mixture of African, French, and English heritage. For example, English is the main language spoken although you will also hear a French patois dialect being spoken as a result from centuries of French control. The majority of St Lucia’s population comes from African slavery descent, and largely they practice Roman Catholicism, although very liberally. The museum in Pigeon Island National Park provides information on the island’s long history.

St Lucian’s are very proud to have produced a Nobel Prize laureate, Derek Walcott, who won the award in 1992. They named a square after him in Castries, which has a 400-year old samaan tree shading the Cathedral of Immaculate Conception. The country’s national sport is cricket, introduced by the British, and Darren Sammy is a St Lucian who is the current captain of the regional West Indies cricket team.