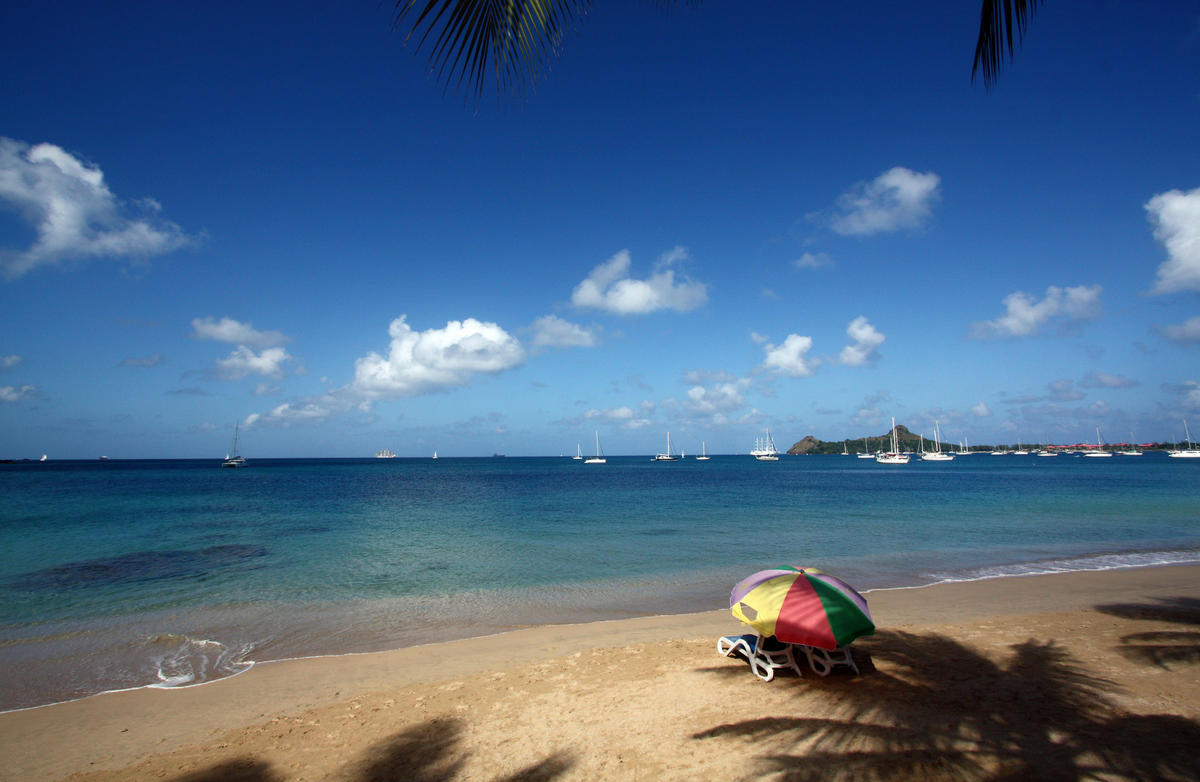 If you see a postcard of St Lucia, you almost definitely be shown a photo of clear blue Caribbean waters, with the majestic ‘Pitons’ in the background. These scenic peaks are iconic of not only St Lucia, but the whole Caribbean region, having been used by sailors as a landmark in the seascape when traveling for many thousands of miles west for centuries. The twin peaks are a symbol of St Lucia’s great natural beauty, and more awaits the visitor as they discover more about this gem of an island. Pigeon Island offers an insight into the country’s historical past and the culture that has made the country what it is today.

The ‘Pitons’ (Gros Piton and Petit Piton) are twin peaks that have greeted visitors for centuries. Sharp and craggy, jutting into the skyline on the island’s southwest coast, they were proclaimed a UNESCO World Heritage site in 2004. Technically they are volcanic plugs, remnants of former volcanic activity in the area, with the larger of the two peaks reaching 2,530ft. Many people like to climb Gros Piton, a return trip of about three hours from the start of the trail. Address: The Pitons, Soufriere, southwest St Lucia Phone: n/a Website: http://whc.unesco.org/en/list/1161

St Lucia is proud to boast the world’s only drive-in volcano, located at La Soufriere sulfur springs. As you approach the area you will be greeted by more than 20 bubbling pools of muddy, sulfuric water. The area is only accessed with a guide who will give you a 30-minute tour as part of the entrance fee. Address: Drive-in volcano, Soufriere Sulfur Springs Park, southwest St Lucia Phone: +11-758-459-7686 Website: http://soufrierefoundation.org/discover/attraction...

Part of the sulfur springs park in Soufriere, there are some hot water baths for visitors to soak in the mineral waters. Sulfur water is known to reduce stress, cure rheumatism, and aid skin ailments. The bathing site has been used as far back as at least 200 years ago, and today there are two pools in use: Black Water Pool (with water temperatures at 101.6°F), and Pool of Love (88.3°F water temperature). Address: Soufriere Hot Springs, Soufriere Springs Park, southwest St Lucia Phone: +11-758-459-7686 Website: http://soufrierefoundation.org/sulphur-springs/hot...

Still an island only in name, it was joined to the mainland by a man-made causeway in 1972, and proclaimed a national park in 1979. It holds great historical and cultural significance for St Lucia, since it was once a military fort to defend the island against competing European colonial forces. The island incorporates cultural sites with nature, and main attractions include ruins of a military fort with views over to the nearby island of Martinique, two preserved beaches, and a look-out point giving panoramic views of the coastline. The park is open every day of the year. Address: Pigeon Island National Park, Gros Islet, north St Lucia Phone: +11-758-452-5005 Website: http://slunatrust.org/sites/pigeon-island-national...

Also known as Diamond Botanical Gardens, these are located close to the sulfur springs in Soufriere. Originally part of a huge 2,000-acre aristocratic estate owned by the Devaux brothers in 1713, today the gardens are a wonderful display of native and introduced flora. You will see species such as hibiscus, ixora, and balisier with exotic blossoms. The gardens are also home to Diamond Waterfall, whose waters shine through the minerals beneath on the rock face. The gardens are open every day between 10:00 a.m. and 5:00 p.m., except for Sundays and public holidays with an earlier 3:00 p.m. closing. Address: Diamond Botanical Gardens, Soufriere, southwest St Lucia Phone: +11-758-459-7155 Website: http://diamondstlucia.com/

This is a scenic trail near the Pitons peaks, going through six acres of lush, verdant forest. It provides breathtaking vistas of the southern expanse of the island as far as Vieux Fort, and along the way you will pass a cassava artisan house, a traditional house (preserved as a museum), and an organic farm. The trail is open between 9:00 a.m. and 5:00 p.m. daily, and a small entrance fee is charged. Address: Tet Paul Nature Trail, Soufriere, southwest St Lucia Phone: +11-758-720-1779 Website: http://soufrierefoundation.org/tet-paul-nature-tra...

Click here for Food and Restaurants in St. Lucia