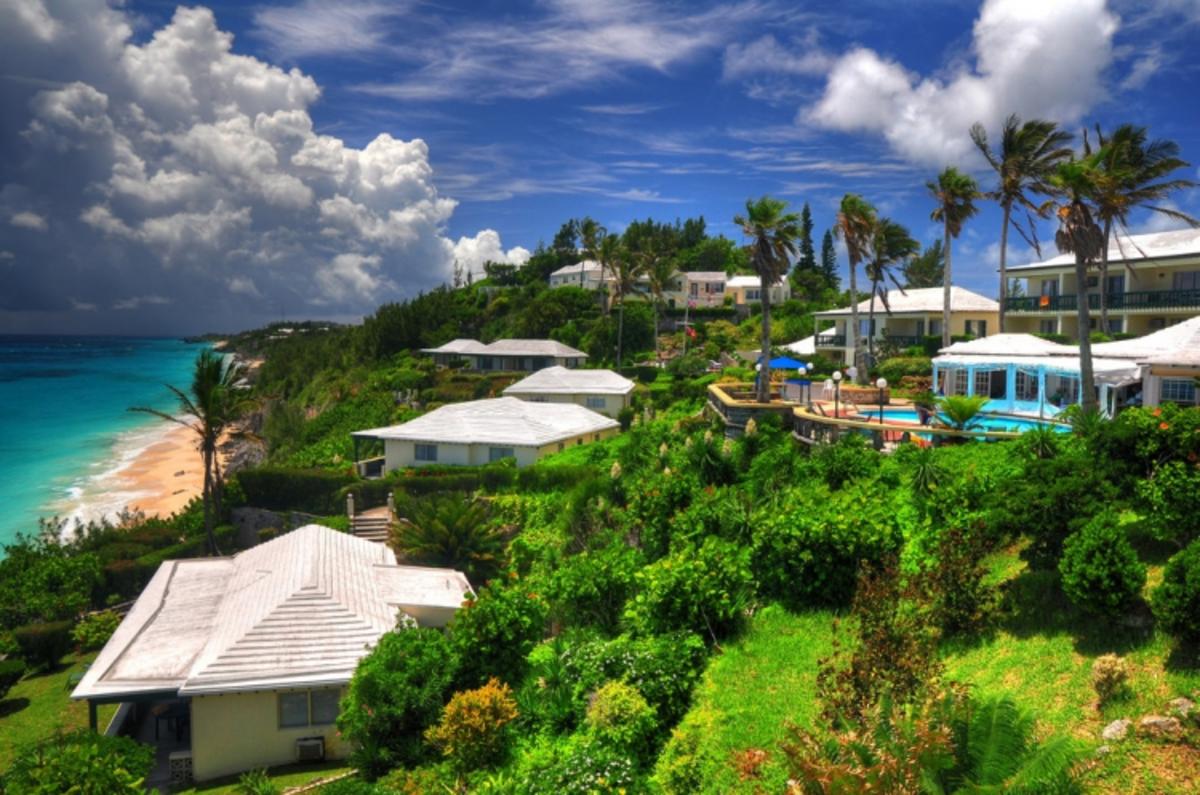 Bermuda is hundreds of miles north of the Caribbean Sea and is only classed as a Caribbean island with respect to CARICOM (the ‘Caribbean Community’). It thus has a milder climate—temperate/subtropical—with less in the way of hot and stuffy summers and less rainfall, but it has milder winters due to the Gulf Stream. Bermuda weather is also less prone to fierce hurricanes than the Bahamas, Jamaica, and Puerto Rico, although it is generally windy in winter.

Temperatures are on par with parts of the southern Eastern Seaboard, with the hottest time June through to August/September, when temperatures are 75°F to 85°F (23°C to 29°C). Winter averages are 70°F (21°C), which is still nice, but not ideal for swimming as the water is cool. For golfing and hiking, you can visit Bermuda at any time and have a blast.

Rainfall is mostly uniform year-round, with just a few inches per month. When it does rain, it is generally in short bursts as opposed to the day-long torrents that can be experienced farther south. There are also no rivers or lakes to be wary of—as locals collect their drinking water from their roofs.

Hurricane season is June through November, but hurricanes rarely hit Bermuda with massive force and are forecast ahead of time. Some Bermuda hotels provide a Hurricane Guarantee, which means you can cancel if one is due to hit, or indeed not be charged for your stay if one does.

As Bermuda is nice year-round, you can visit at any time to be bathed in full sun. If you prefer weather as hot as possible, the best time is between June through August, with spring and fall being better for lower temperatures, fewer crowds, and cheaper hotels. For scuba diving, May through October has the best water visibility and is always warm, while November through April is good for whale watching. November through March is officially the off-season, when hotels rates are lower, although not excessively so.

Click here to learn about Festivals and Events in Bermuda