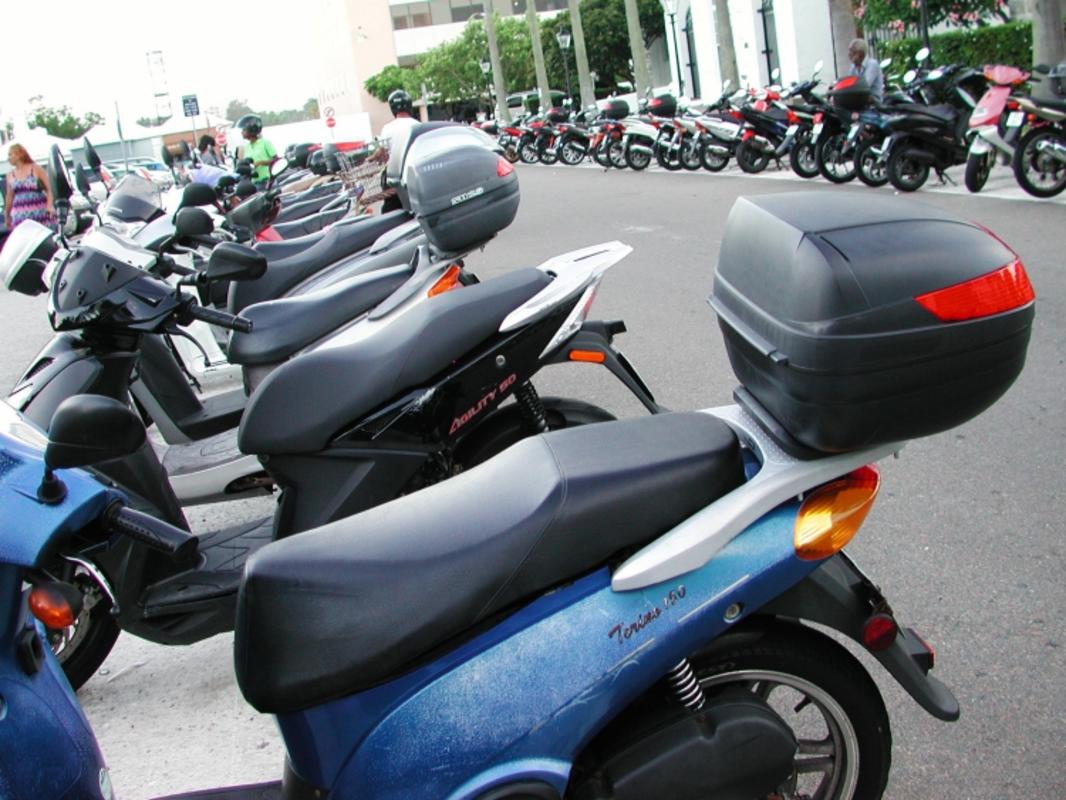 Unfortunately, tourists need to rely on taxis since driving for non-residents is completely banned due to the narrow roads. Though metered, rates are expensive (especially from the airport), with extra charges for night travel, Sunday travel, and luggage. Taxi drivers also expect sizeable tips, particularly on an airport run. Figure about 10 to 15 percent.

Taxis are widely available in all tourist areas, including near hotels and shops, and can be hailed on the street or pre-booked by telephone. Taxis also do sightseeing tours, charged per hour for a minimum of three hours—look for a ‘blue-bonnet’ taxi for this service (one with a blue flag on the hood). Bermuda Taxi Radio Cabs (+1-441-295-4141) and C.O.O.P. (+1-441-292-4476) are two of the main taxi companies.

Note: Though hiring cars is not possible, many tourists decide to rent motorbikes (or scooters), which is legal and practical since the roads are tiny in places. Prices for scooter rentals are pretty much uniform island-wide. Try to pick one of the main dealers near where you’re staying and be sure to take pictures of any pre-existing damage. The rental agency should also supply a helmet and a lock for safety.

Getting to Bermuda by cruise ship is very popular and there are terminals right in St George’s and Hamilton, as well as at the Royal Naval Dockyard. Ferries ply the main areas of Bermuda, including around the islands and wharfs of Hamilton Harbor and the associated Great Sound, across and over to the Royal Naval Dockyard, and between the Dockyard and St George’s. You can buy single ride tickets or a combined bus and ferry pass for travel from one to 31 days.

Government buses serve all areas and are the cheapest transportation method around Bermuda. Service is frequent, comfortable, and air-conditioned, and most hotels and shops are within a short walking distance of a bus stop. The stops are easily color-coded: pink poles denote buses heading to Hamilton while blue poles mark where buses are coming from Hamilton stop.

Tip: If you’re going between Hamilton and the Dockyard, consider taking a ferry as it is more direct since the road bends right around the bottom of the island. Also, consider taking a ferry between St George’s and the Royal Naval Dockyard as this route is very scenic and a more practical way to travel than by road. Using a combination of bus and ferry (linked with passes or combination tickets), tourists can do a complete sightseeing tour of Bermuda.

Other transportation options by bus include the MiniBus Service (+1-441-297-8492) for travel around St George’s Parish and nearby St David’s Island, or the City of Hamilton Trolley, which seats dozens of passengers and runs between the capital and the Royal Naval Dockyard. This is a useful hop-on, hop-off service.