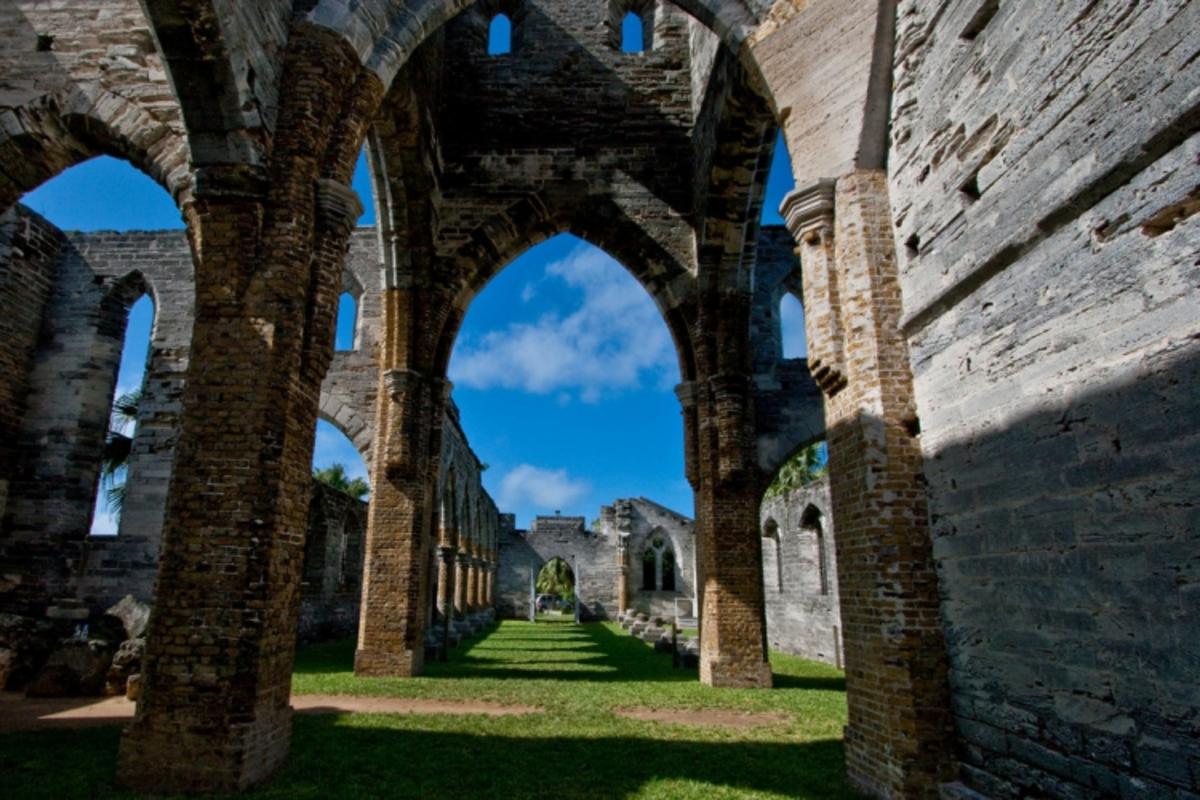 Choosing to remain a British Overseas Territory, Bermuda has a somewhat unique history and place in the world. Part African, part English, it displays the best of both worlds and boasts an unusually high per-capita income, courtesy of high-end hospitality and attention to detail. North Americans come here to laze on pink sand beaches during their hard winters and to take in Bermudan charm and a slice of old England.

The Spanish avoided the ‘Isle of Devils’ on their forays into the Caribbean and New World in the 1500s due to dangerous reefs. They left behind many wrecks, as did the British, who happened upon Bermuda after Sir George Somers became shipwrecked here on his way to Jamestown. Many vessels and planes have been lost in the so-called Bermuda Triangle (Bermuda-Florida-Puerto Rico) over the centuries so it’s prominent in pop culture to fear this little island. But those who dare venture over will easily see it’s bark is worse than it’s bite and Bermuda is a great vacation destination.

Colonists returned in 1612 to establish St George’s, which became self-governing in 1620. The trade of cedar trees was the main source of income early on. Many fine buildings still remain from this time, including St Peter’s Church, the oldest such church in the Anglican world outside of the British Isles.

Another major historical facet of Bermuda is its incredible number of forts and batteries which were erected in the early 1600s and manned right up to and beyond WWII. Many have been restored, including Fort Scaur in the west with its fantastic views.

The Royal Naval Dockyard was also fortified in case of attack from the US and is another tourist hotspot in the west, complete with cruise line terminal. People check this dockyard out on daytrips from Hamilton after taking in Gibbs Hill Lighthouse (1846) on the south coast and Fort Scaur.

Slaves were brought over from Africa in the early days, with many remaining after slavery was outlawed in 1834. This is when Hamilton became the capital, leaving St George’s to retain its air of yesteryear. Though US independence saw Britain’s loss of the US colonies (attacks of DC were launched from here), Bermuda became a lifeline stop on the way to the Caribbean, and was also used by blockade runners in the American Civil War.

The tourist industry was established early on (in the 1900’s) and is still one of the island’s most important businesses today, with Bermuda attracting cruise liners, yachts, and a huge amount of package tourists. It is also an important financial center and retains the Queen as head of state after an independence referendum was defeated in 1995.

Most people in Bermuda (around 60 percent) have African ancestry, making for an interesting blend along with the rich English heritage. There are many uniquely English facets, such as the sport of cricket, quaint country cottages, and judge’s wigs. There is also an innate number of churches for such a small place, with most Bermudans being Christian.

All this blends well with the regular pomp, colorful music, and unique gombey dancing of everyday life in Bermuda. Hamilton Harbor Nights, on Front Street in the capital city, is a great opportunity to take in local culture, with street performances and music weekly. Bars, clubs, and hotels also lay on funky calypso, and there are a huge number of festivals and events held throughout the summer months to enjoy island life.

Taking a note from the British, Bermudans are prompt and well dressed—even if the donning of jackets and ties together with shorts and socks sounds a bit weird. You’ll find that top restaurants require a dress code and bikinis are banned beyond 25 feet of the shore, and open displays of homosexuality are frowned upon.

Click here to learn about the Weather in Bermuda