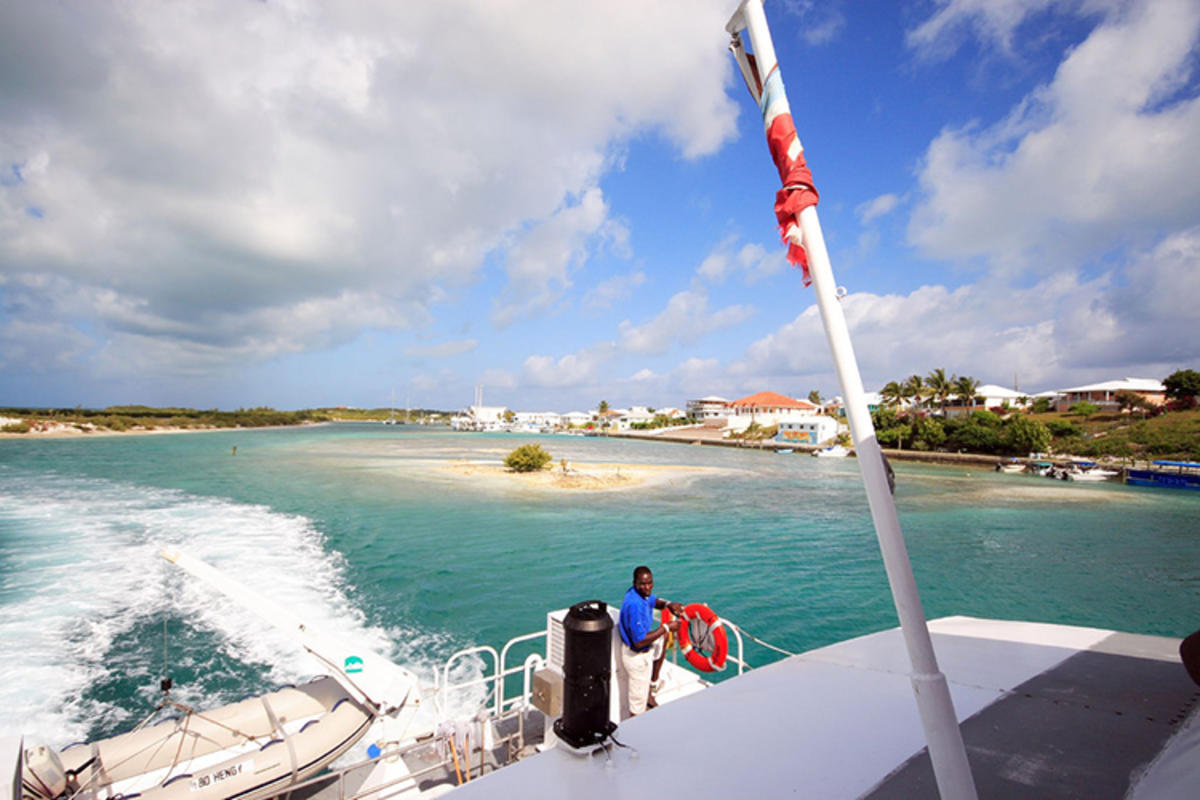 The only real way to get around the islands is by taxi or rental car, and this is especially so on the Out Islands. Although metered and despite rates being set by the government, taxi travel is expensive. Ed’s Taxi (+1-242-395-855) in Nassau is popular, as is Grand Bahama Taxi Union (+1-242-352-7101) in Grand Bahama.

Taxis can also be shared, but this can make transportation times unnecessarily long, while the majority of taxis that are hailed on New Providence and Grand Bahama tend to be in poor states of repair. Drivers will often not use the meter and quote a price, which is typically non-negotiable. To ensure reliability and for the best chance of a legitimate price, book from your hotel and only use official taxis—those with a Bahamahost sticker on the window and yellow license plates. Rental cars are best booked online and picked up at an airport.

Bahamas FastFerries go between the main islands, including New Providence (from Nassau), Andros, Grand Bahama, Abacos, Eleuthera, and Exumas. Government ferries also run to other islands within the group, such as the Biminis. The larger and slower Mail Boat—a somewhat antiquated tourist service—is semi-useful, running from Nassau (at Potter’s Cay Dock) to all Bahamas islands worth seeing. There are also charters available for those feeling adventurous, with many of the main islands having their own harbors. Charters are expensive, as is transportation by boat in general, but the experience is often hard to beat with the wind in your hair.

An alternative in getting to Paradise Island by road is to use the water taxi service which goes from downtown, near Atlantis Bridge. The round trip is well priced and services run until 6:00 p.m..

Public buses and so-called jitney minibuses serve the islands of New Providence and Grand Bahama. Fares are cheap, though buses are typically slow. Jitney are useful as they go to areas the public buses don’t go. The most useful jitney service is the number 10, running from George and Bay streets to Cable Beach. They only depart when full, so expect a wait if you’re the first there. Unfortunately, jitney don’t run to Paradise Island and they finish early (about 6:00 p.m.).

Click here to learn about Airports in the Bahamas