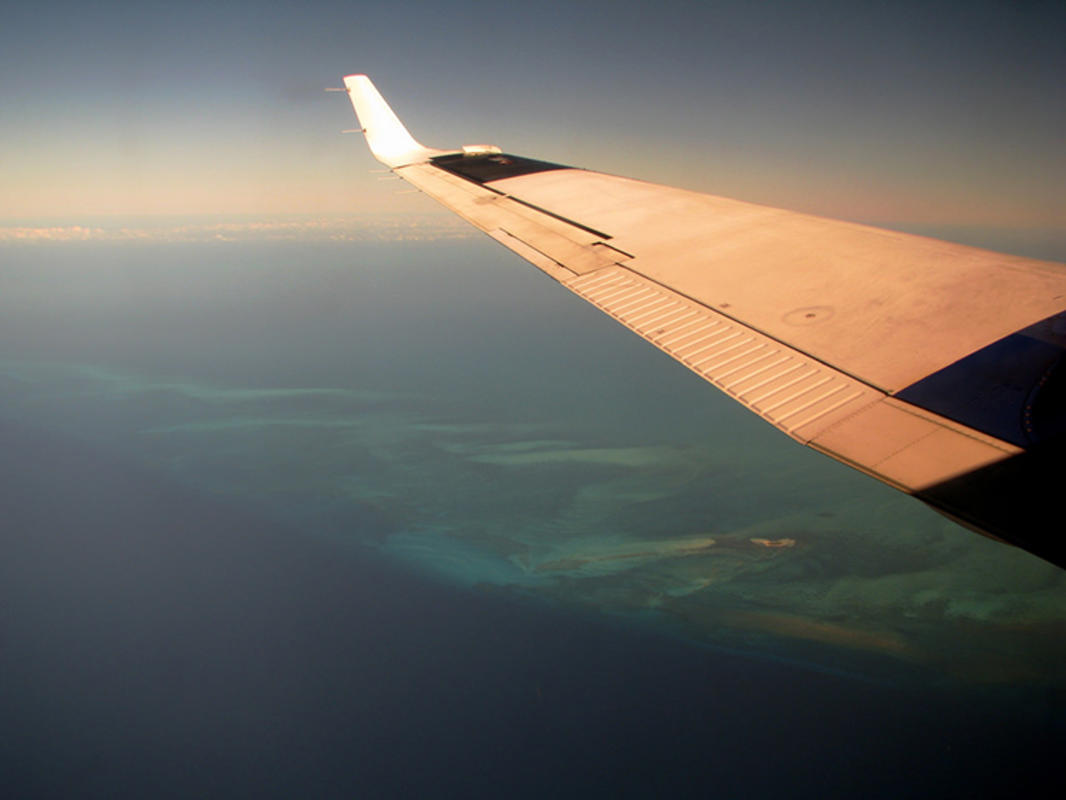 The main airport in the Bahamas resides on New Providence Island, just west of the capital city of Nassau, and receives flights from US and Canadian cities. The two-terminal airport is quite small, though it handles three million passengers a year, with services from the likes of Miami, Orlando, New York, and Toronto. Continental and Bahamasair both serve Miami, Delta Air Lines serves New York, and there is a direct flight from London Heathrow on British Airways.

The airport is split into terminals A and B. Terminal B is the main terminal and has the best facilities, which handles US and domestic flights. There are ATMs and currency exchange kiosks, along with a few shops and a restaurant in each terminal, although facilities are generally lacking. Terminal A handles the rest.

Ground transportation in the Bahamas is limited, with expensive taxis being the only real option. There is an airport bus to Nassau, but most visitors prefer to use the private shuttles from their hotels for transfer. Major car rental companies serve the airport, including Avis, Hertz, Budget, and Dollar. It is worth having a car if you plan on seeing New Providence. It’s only about a 20-minute drive to Paradise Island hotels from the airport.

Serving Grand Bahama, Grand Bahama International Airport is the other central international airport in the island chain. Most major carriers serve this hub from cities on the Eastern Seaboard, including Delta Air Lines from Atlanta, American Eagle from Miami, Bahamasair from Fort Lauderdale, and US Airways from Philadelphia. There are ATMs and currency exchange outlets, as well as a duty-free store and a restaurant. The city is a short taxi or hotel shuttle ride away.

Many of the other islands also have airports with direct flights from the US. These include: Bimini, Abacos, Eleuthera, and Exumas, the latter being served by American Eagle. If you’re already in the Bahamas, it pays to fly between islands if you’re short on time as many destinations are a significance distance apart and Bahamasair operates all routes. Tourists will need to rely on ferries and charters to visit the Out Islands which don’t have an airport.