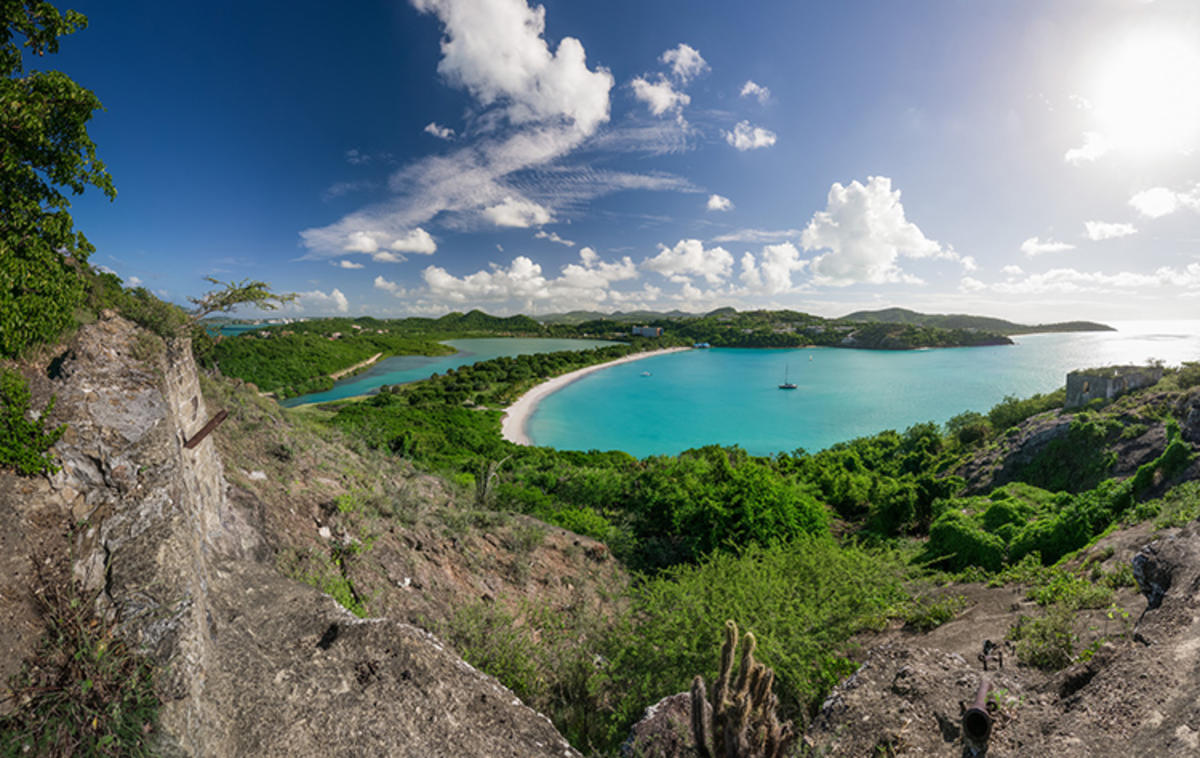 Most Antigua and Barbuda residents speak both English and Antiguan Creole, which is heavily influenced by a number of West African languages.

Although the Eastern Caribbean dollar (EC$) is Antigua and Barbuda’s official currency, American dollars (US$) are not only commonly accepted, but often the only currency displayed at hotels, restaurants, and other places frequented by tourists. Only smaller restaurants catering mainly to locals regularly list their prices in the Eastern Caribbean dollar. All major resorts have ATMs and all major credit cards are accepted in most establishments. Travelers’ checks are also widely accepted, but should be priced in American dollars.

Antigua and Barbuda is in the Atlantic Time Zone, which is one hour ahead of the eastern United States and four hours behind GMT (GMT -4) during both standard and daylight savings time.

Although some Antigua and Barbuda hotels, especially in Hodges Bay, contain 110V, 60Hz outlets, most Antigua and Barbuda electrical outlets are 220V, 60Hz. This means transformers are required for North American appliances. Plugs are the British type so an adaptor may also be necessary.

The dialing code for Antigua and Barbuda is +1, while the area code is 268. Antigua contains several competing cell phone carriers, but its main local telephone service is handled by APUA. The LIME office on the corner of St John’s Thames and Long streets handles all international calls to and from the islands. Visitors can also buy telephone cards which can connect them to long distance American telephone providers like Sprint and MCI. Most major Antigua and Barbuda resorts and large communities have reliable internet access.

Visitors to Antigua and Barbuda can import up to 170 millilitres of perfume and a liter of wine or spirits without incurring customs duty. Duty-free tobacco limits are 200 cigarettes, 250 grams of tobacco, or 50 cigars per visitor. Although VC Bird International Airport has a duty-free shop, the Heritage Quay Complex is Antigua and Barbuda’s true duty-free paradise, with over 50 duty-free shops selling unique items such as English wool and linens.

Consulates in Antigua and Barbuda

Click to learn about Antigua and Barbuda's Visas and Vaccinations