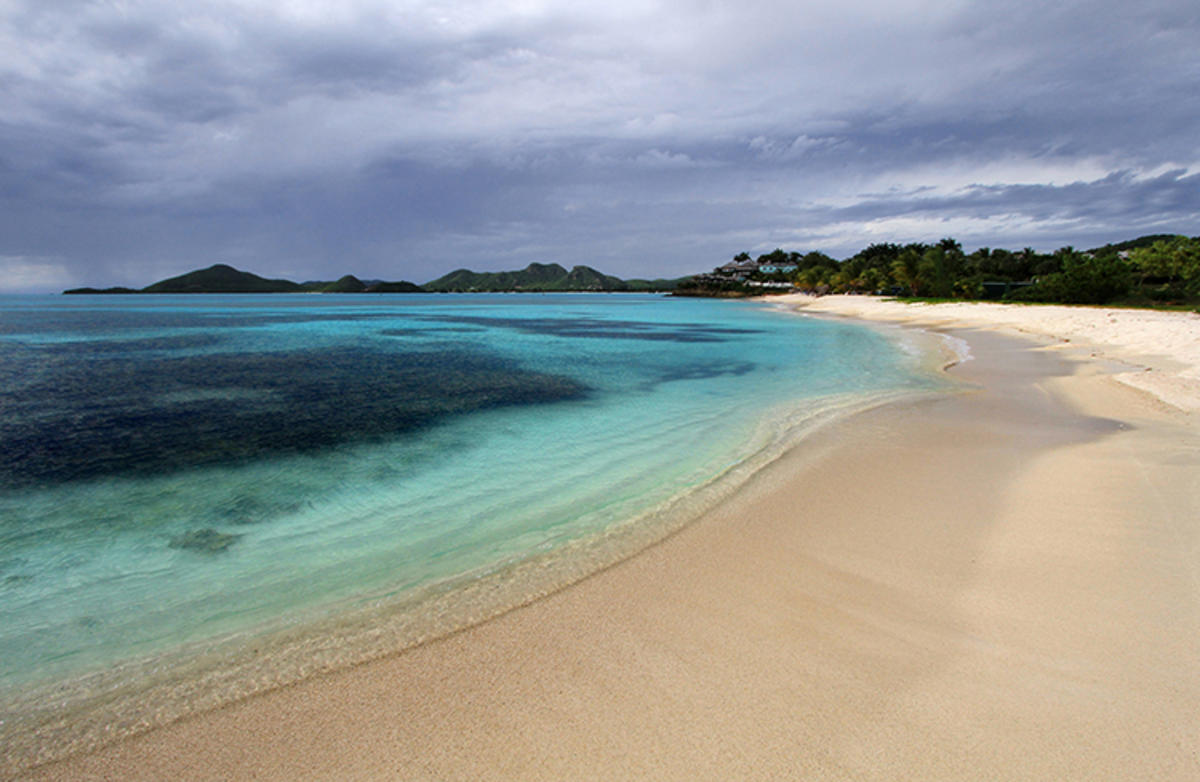 Many travelers spend their entire vacation within the confines of one of Antigua and Barbuda’s all-inclusive resorts, but you’d be missing out on a number of worthy attractions. Those who venture away from their lounge chair will discover the island’s hidden treasures. A Saturday morning jaunt into St John’s will take visitors past the community’s lively outdoor market. The 1750 courthouse building containing the Museum of Antigua and Barbuda is a historic landmark in its own right. Remnants of the mighty British Navy which once stood guard over Antigua remain in Nelson’s Dockyard National Park’s restored Georgian naval dockyard and the ruins of the British forts which dot Antigua’s sandy coastline.

It took millions of years for the Atlantic Ocean to erode the limestone Devil’s Bridge into its present arched shape over Antigua’s east coast 12 miles southeast of VC Bird International Airport. This unique arch situated near a prehistoric Amerindian site received its name because the devil was said to have caused several slaves to leap off the structure to their deaths. Today, the surrounding area contains some of Antigua’s most ruggedly beautiful landscapes, but visitors are prohibited from swimming in the massive waves or walking across the slippery bridge. Address: St Philip, Antigua and Barbuda Phone: n/a Website: http://nationalparksantigua.com/visiting.php?cat=2...

Few structures in Antigua and Barbuda stand higher than the 565 foot high Greencastle Hill, home to most of Antigua’s ancient rock formations. Some people believe Amerindians constructed the area for sacred rituals, while others believe the rocks were formed naturally from centuries of erosion. Regardless of how they got there, the rocks are among Antigua’s most unusual sites, but the challenging trek through thick bush to reach them must only be attempted by experienced hikers and never without a professional guide. Address: Jennings, Antigua Phone: n/a Website: http://nationalparksantigua.com/visiting.php?cat=7...

Antigua and Barbuda’s biggest national park is also the world’s only Georgian dockyard which still welcomes vessels from around the world. The dockyard and its surrounding buildings have been meticulously restored to their original 18th century glory as the only eastern Caribbean harbor whose size allows naval ship repairs. The dockyard was renamed in the 1950’s after Captain Horatio Nelson, who enforced British law in Antigua between 1784 and 1787. The former Admiral’s home now houses a fascinating museum about the dockyard’s history, while the restored military lookout of Shirley Heights offers stunning 360 degree views of Antigua during the day and the island’s liveliest parties on Sunday evenings. Those who arrive at sunset may be lucky enough to catch Antigua’s elusive ‘green flash,’ a natural phenomenon before the sun disappears over the horizon. Address: English Harbour, Antigua Phone: +1-268-481-5021 Website: http://nationalparksantigua.com/visiting.php?cat=6...

Antigua’s coastline may be lined with the remains of several British fortresses, but only Fort Barrington was the site of an actual military battle. This St John’s Harbour building was first captured by Prince Rupert in 1652, then conquered by French forces in 1666. An eight-gun platform and powder magazine are among the most impressive remaining landmarks. There is a brief hike to reach Fort Barrington, but anyone of moderate fitness level should be able to handle it. Address: St John’s Harbour, Antigua Phone: n/a Website: http://nationalparksantigua.com/visiting.php?cat=7...

The picturesque ruins of Antigua’s first sugar cane plantation are open to the public between Tuesday and Saturday. Originally built in 1650, one of the two operational windmills has been fully restored, while local masons are currently reconstructing the boiling and curing plant which once made molasses, rum, and white sugar from Antigua’s livelihood. A detailed history of the plantation era can be found at Betty’s Hope’s information center. Address: Pares, Antigua Phone: +1-268-462-1469 Website: n/a

Museum of Antigua and Barbuda

The building containing Antigua and Barbuda’s biggest museum is itself one of the island’s oldest and most historic structures, first constructed as an English colonial courthouse in 1750. Today, artwork, steam engines, sugar plantation models, and examples of all of Antigua’s precious stones are just a handful of the interesting exhibits within this stately building open Monday through Saturday. Address: Long Street, St John’s 2103, Antigua Phone: +1-268-462-1469 Website: http://www.antiguamuseum.org

The hilltop Anglican cathedral serving Antigua and Barbuda’s capital has been destroyed and reconstructed no fewer than three times since its initial 1683 design. The church’s current structure is dominated by two soaring white twin towers and has stood upon the same fossilized reef since 1845. The most recent renovation was a 2005 reconstruction of its clock. Address: Church Lane, St John’s, Antigua Phone: +1-268-462-4686 Website: http://www.stjohnthedivineantigua.com/

Click here to learn about Antigua and Barbuda's Food and Restaurants