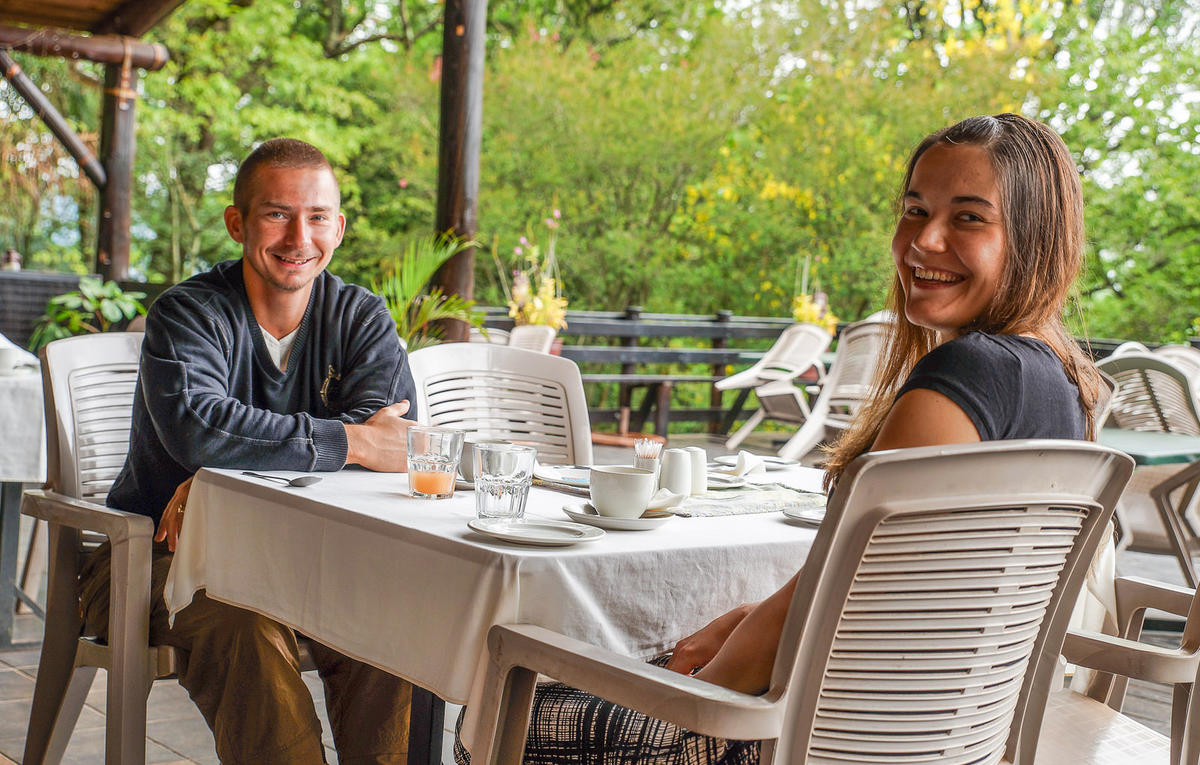 Most Swazi supermarkets sell typical Western foods alongside local staples like wild antelope meat, barbecued chicken called chicken dust, and sweet breads. Maize, pap, and mealie are the most common grains. Processed versions of these traditional favorites are sold in many supermarkets. Roadside vendors sell sweet breads, meat stew, roasted corn on the cob, and fresh produce. KFC is one of the most commonly found fast food chains. Mbabane and the Ezulwini Valley contain the majority of Swaziland’s restaurants, a large percentage of which serve Portuguese dishes thanks to the influence of neighboring Mozambique. Strong, locally-brewed beer and another homemade drink called marula are the most popular Swazi alcoholic beverages.

Bars and Pubbing in Swaziland

Swaziland’s nightlife is surprisingly varied for such a small country. The luxury Royal Swazi Spa Hotel (Old Mbabane/Manzini Main Road, Ezulwini) alone contains no fewer than four bars and a lavish casino resort. During South Africa’s apartheid era, the Why Not (Ezulwini Valley, Swaziland) nightclub was among the few places where people of all races partied together. Today, Why Not remains one of Swaziland’s wildest nightspots thanks to its nightly cabaret shows and disco dancing.

Among the most unique venues in both the Malkerns area and all of Swaziland is House on Fire (Malandela’s, Malkerns). This open-air nightclub, modern art gallery, and experimental performance space is part of the larger Malandala’s complex. The annual Bush Fire Festival is this eclectic spot’s busiest time of year, but visitors can watch some of Swaziland’s most talented musicians and DJs perform on any given night.

Dining and Cuisine in Swaziland

Despite its French-sounding name, La Casserole Restaurant (Gwamile Street, Mbabane) actually specializes in pizza and German cuisine. Burgers and barbecue are served alongside curries and other Indian favorites at the Swazi Plaza’s Plaza Tandoori Restaurant (Commercial Road, Mbabane). Even more barbecue is served each Wednesday at the Indingilizi Gallery and Restaurant (112 Dzeliwe Street, Mbabane), a small outdoor café whose menu also includes curries, salads, and crêpes.

Two of the most popular restaurants outside of Mbabane and the Ezulwini Valley may be the Nisela Coffee Shop (Nsoko, Swaziland), a popular stop for motorists, and the Sambane Tea Garden (Swazi Candles Craft Center, Malkerns). Although most of the tea garden’s menu items are healthy, the desserts are downright decadent.