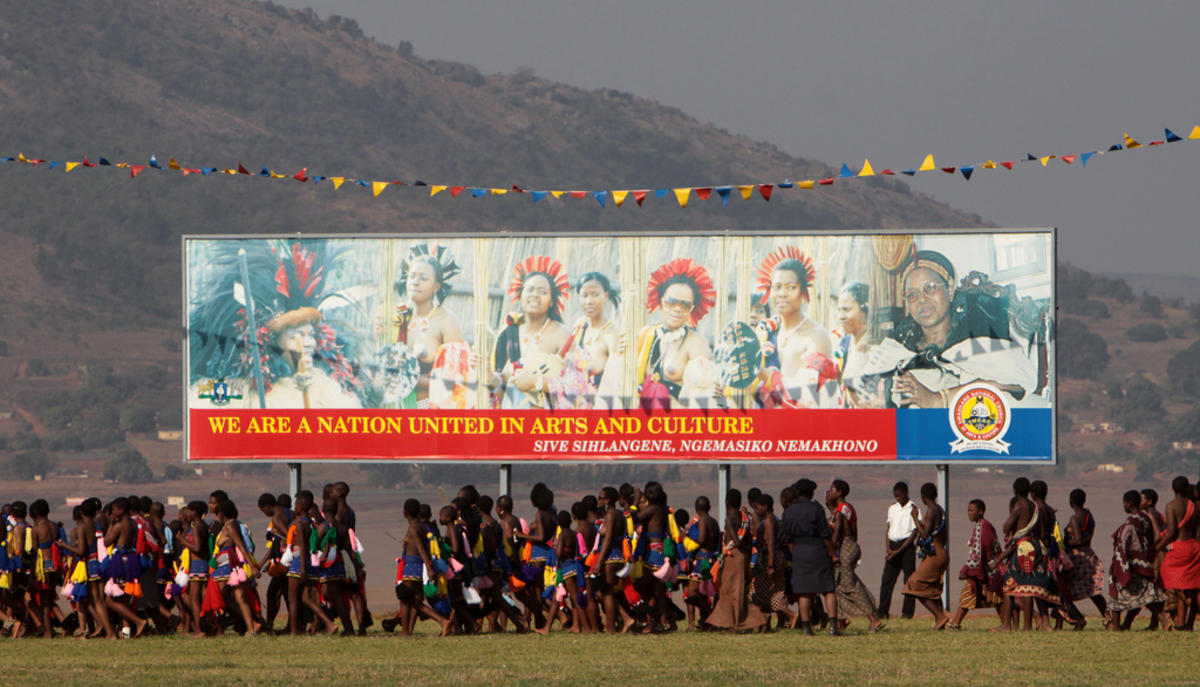 The Ezulwini Valley hosts two of the most magnificent traditional Swaziland holidays, neither of which has changed much during the past 200 years. Young girls cut and present reeds to Swaziland’s Queen Mother during the Umhlanga Reed Dance, held between August and September, while the Incwala Ceremony pays tribute to Swaziland’s royal family at Lobamba’s royal palace. Swaziland’s most popular performing arts festival, the Bushfire Festival, offers a far more modern atmosphere at the House of Fire nightclub each May.

Swaziland’s annual marula season begins in the middle of February with this lively festival which the locals call Emaganwini. These exotic green fruits grow for several months and are most commonly used to make Swaziland’s famous marula beer. Swaziland’s royal family participates in the country’s largest song and dance event at their Ebuhleni palace, while another celebration takes place at the Queen Mother’s family home in Hlane village.

Swaziland’s most unusual open-air art gallery and nightclub, House of Fire, hosts the country’s biggest performing arts festival each May. Dozens of musicians, poets, dancers, and theater groups from around the world perform at this spacious Malkerns Valley venue alongside food and craft fairs. Film screenings are also part of this fascinating three-day festival.

Mbabane Mbuluzi’s Rotary Club sponsors this annual July charity trek to the summit of the world’s biggest exposed granite dome, Sibebe Rock. Participants are encouraged to bring their own bottled water. Those who make it to Sibebe Rock’s summit are rewarded with breathtaking views. Breakfasts, prizes, and certificate presentations take place adjacent to the Mbuluzi Clinic. Only 4,000 walkers can participate each year, so early registration is essential.

Some of the 100,000 dancing Swazi maidens who present tall reeds to the Queen Mother during this eight-day traditional Swaziland festival are genuine princesses, who are easily identified by the red feathers in their hair. Only the final two days of the festival, which takes place between the end of August and early September, are open to the public. The reeds the Queen Mother receives from the brightly-dressed girls are used to repair the palace and make windbreaks.

Each October, the Simunye Country Club hosts this three-day, family-fun weekend filled with beer tents, circus acts, live music, amusement park rides, and entertainment for children. Goat races and a snake handling demonstration by the manager are among the fair’s most unique events.

No Swazi festival is more culturally important than this annual tribute to the nation’s royal family. This festival, which takes place between the end of December and the beginning of February, is also called the ‘Festival of the First Fruits’ because it takes place during the beginning of Swaziland’s harvest season. The festival’s first sacred rituals take place under a full moon before costumed warriors try to impress the king with their dancing performances at Lobamba’s royal palace. The king is also presented with the harvest’s first freshly-picked pumpkin.