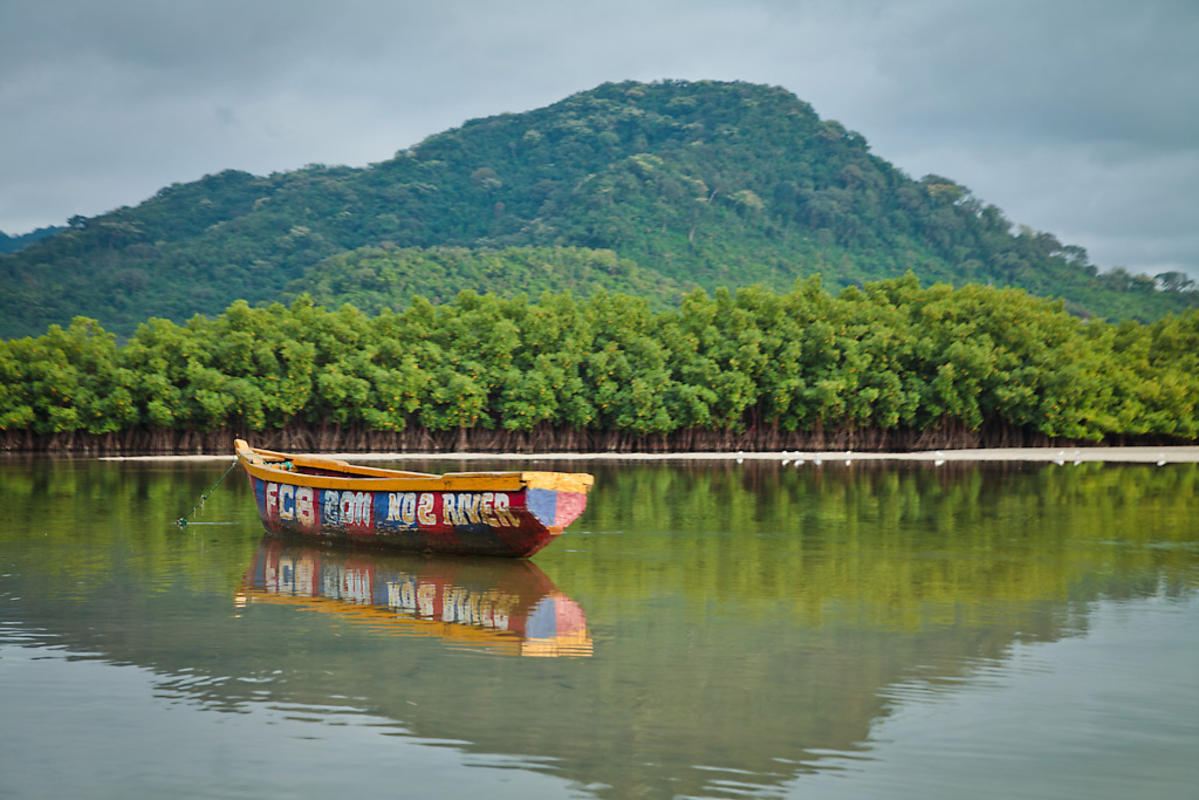 Local taxi is by far the most popular way of traveling both within and between cities, although they aren’t always the safest of option. The poda-poda is the Sierra Leonean answer to the African bush taxi. The vehicle is generally a minibus, or equivalent, crammed full of everything, from people and luggage, to groceries and livestock. While traveling in a poda-poda is undoubtedly an interesting experience, the unsafe conditions may put some travelers off. Most of the poda-podas are in complete disrepair and should probably not be on the road. That said, the trips are very cheap and get to the destination quite quickly.

An alternative for single travelers is the nifty moto taxi, basically a motorcycle that picks up individual passengers along the way. The prices are low, and these vehicles have the added advantage of being able to whiz through the traffic. Longer journeys can become a bit tedious on the back of a moto, however, especially on dirt roads, as there is no protection from dust and debris. While it is law that both people on the motorbike wear helmets, many drivers don’t carry any. It is, therefore, in the interest of the traveler to wait for another moto (invariably not far behind), that does have helmets.

It is possible to rent a car in Sierra Leone, although no international car rental agencies have a presence in the country. There are, however, several local rental companies that offer reliable services. Such rentals can be organized by large hotels or tour companies in the main city centers. The only problem with car hire in Sierra Leone is the poor quality of the roads and the bad driving habits of the locals. Despite the end of the civil war, during which most of the country’s infrastructure was destroyed, the government is still to repair the country’s roads. Many of the main towns now have paving, but several roads in more remote areas are quite dangerous to travel on. Within cities, self-driving is general fine, but for adventures away from urban areas, it is advisable to take a guide or hire a driver.

There are over 50 miles of train lines in Sierra Leone, but the local train service is no longer operational. Train journeys stopped in 1974, and now the lines are used primarily for the cargo transportation for the local mining industry. There are also no rail links to any other country’s regional neighbors as of yet.

There are a few private bus services that link major towns in Sierra Leone, but the most popular service, run by the government, is the Road Transportation Corporation. Buses charge a bit more than most other public transport options, and generally only have one departure time per day. Such bus services are not as popular locally, however, as there are cheaper and faster modes like the poda-podas and bush taxis.