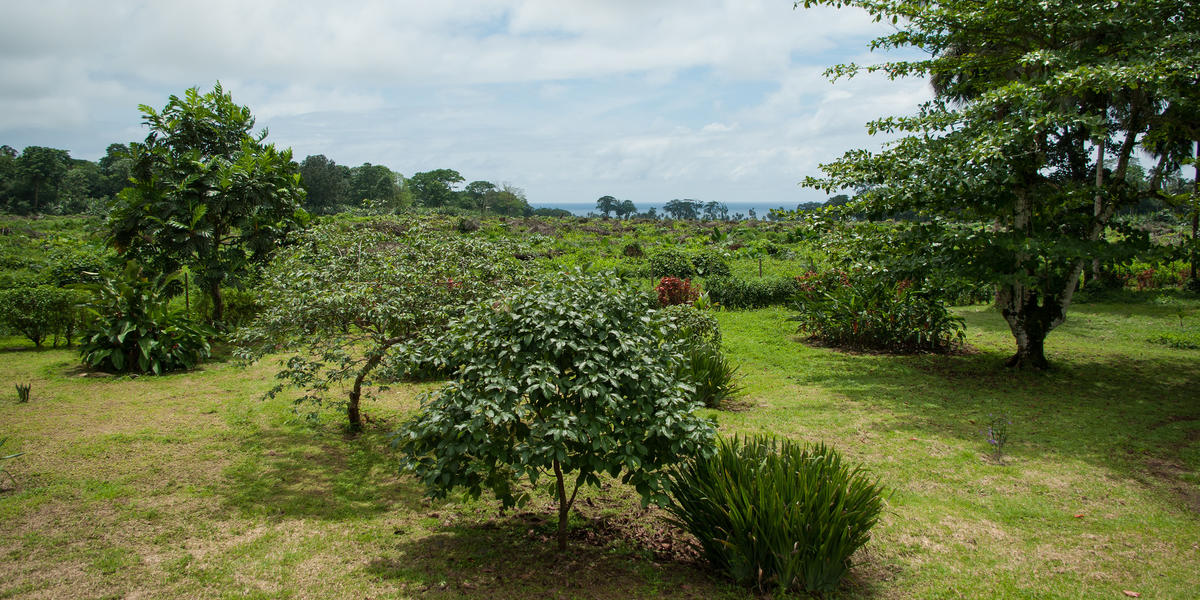 The climate of São Tomé can best be described as tropical and equatorial, being characterized by heavy rainfall, high levels of humidity, and warm temperatures throughout the year. The country experiences two dry seasons and two wet seasons. Conditions differ slightly, however, from island to island, and even within islands from north to south.

The first and most impactful dry season is between June and September. Temperatures during the dry season are cooler than those experienced at other times of the year, reaching no higher than 70°F. The second dry season spans December to February and is known locally as pequenha gravana.

The wet season runs from October to December and again from March to May. The peak of the rainy season is in April when rain is experienced on a daily basis. Temperatures are at their hottest during this time, with the mercury soaring to highs of 90°F. Humidity during the rainy season can also be stifling.

São Tomé Island displays the greatest differences in temperature geographically, with the southern mountainous regions receiving more annual rain than other parts. The coastal regions on the island are often cooler as the high temperatures are lowered by the welcome sea breezes.

The best time to visit São Tomé depends on what you want to do there. For those intending to go hiking in the country’s mountain ranges, the best time is in the cool and dry season between June and September as humidity during the rest of the year can make physical exertion unbearable.

On the other hand, the best time for laying on one of the many gorgeous beaches is during the warm season between October and December when rains are infrequent. Temperatures are warm and the sun is perfect for getting that elusive tan.