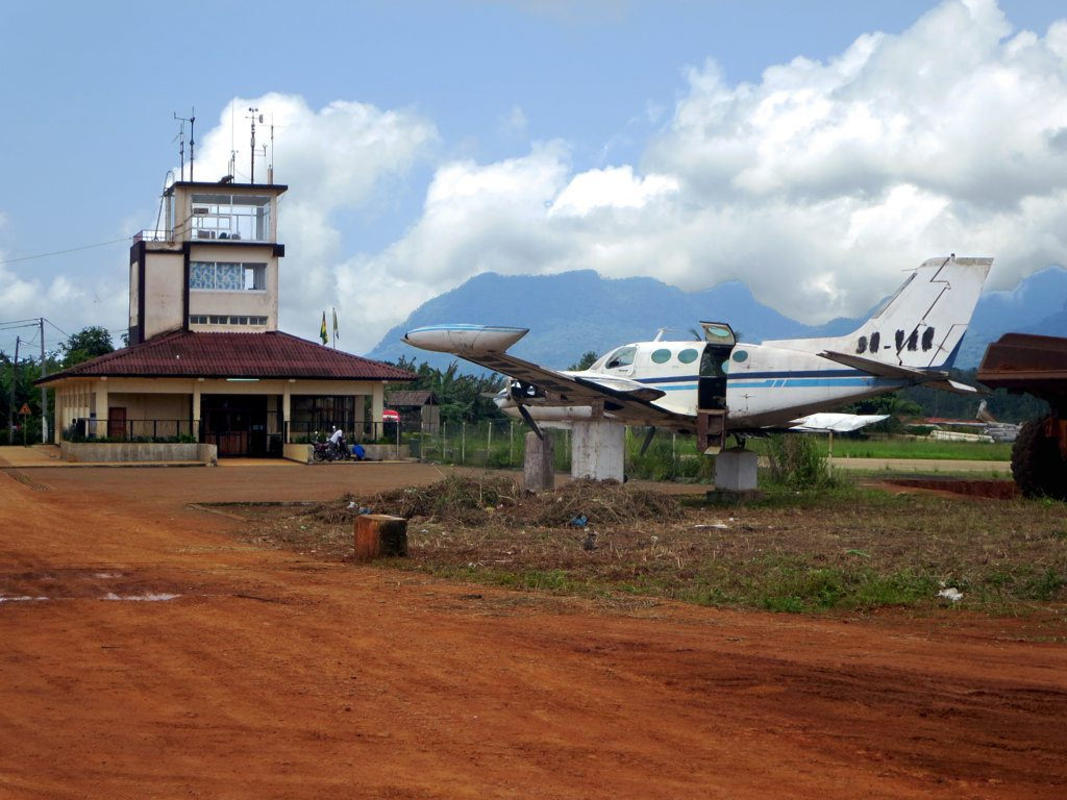 The only international airport in the country, São Tomé International Airport, is the country’s busiest gateway. Most of the airport’s traffic comes from mainland Africa including countries like Nigeria and Angola. But a significant portion of the traffic is from Europe, more specifically Portugal, with TAP Airlines operating weekly trips to São Tomé from Lisbon. The options for travelers from the United States are limited to Portugal’s national airline, TAP, which has flights from such ports as Boston Logan International, Miami International, New York-Newark, and Philadelphia International.

São Tomé International is a small airport but it has several facilities on offer. There are duty-free stores and gift shops, restaurants, cafés and bars, and a few banking facilities like currency exchanges.

The airport is located about 3.5 miles outside of São Tomé Town and there are a few transport options for travelers who would like to make the short journey into the center. The airport provides bus and minibus shuttle services which leave at regular intervals and charge reasonable prices. There are also private taxi services, which are more expensive but often also more comfortable. Such taxis can generally be found waiting outside of the International Arrivals Terminal.

Taxis can be taken from the airport to Libreville port where local boats can be boarded to São Tomé. This option is, however, not advised because the waters are shallow, making the journey potentially dangerous.