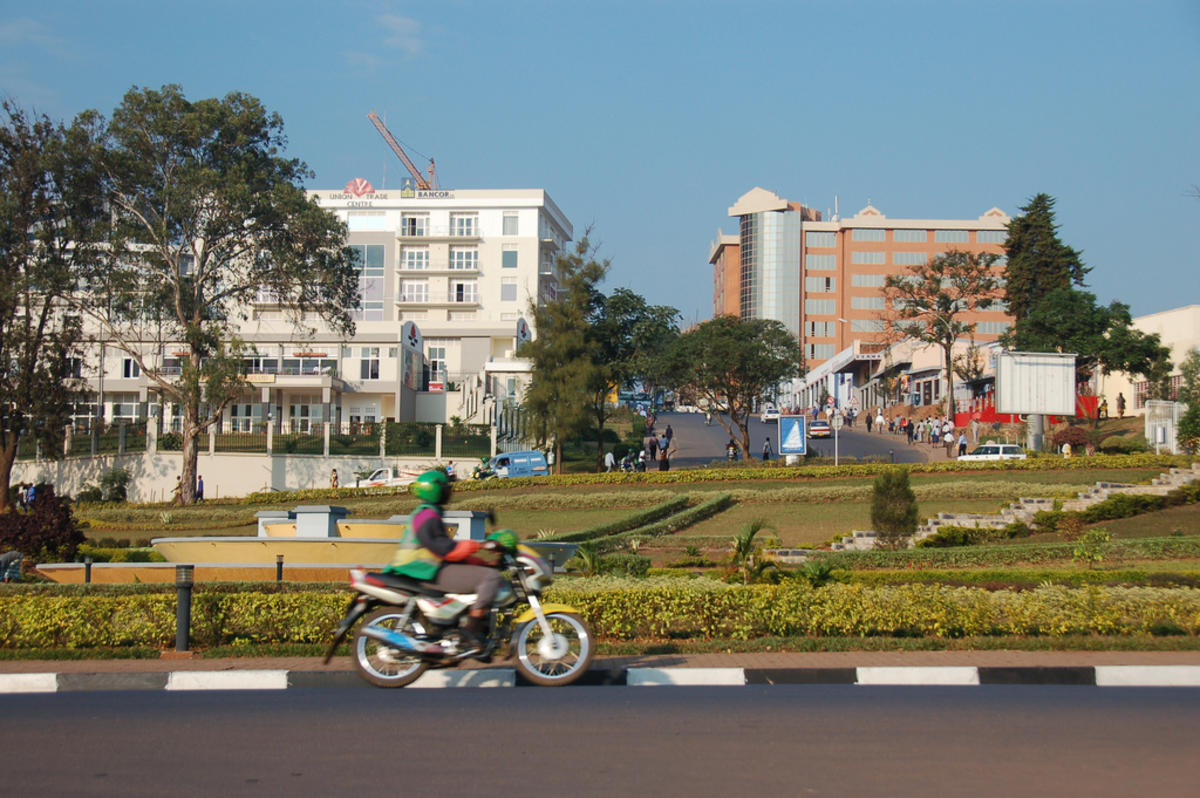 Most of the major cities in Rwanda have taxi services which can be recognized by an official orange stripe. The taxis are not metered so prices should be negotiated before departure. These inner-city taxis can simply be flagged down from the side of the road. For longer journeys between cities, travelers could also use the minibus taxi service which connects almost all towns in the country. These minibus taxis don’t run on a schedule, instead they wait until the vehicle has been filled to the satisfaction of the driver.

None of the regular international car rental companies have a presence in Rwanda, but there are several local options which are more than suitable. More information about the companies and their rates can be found at the airport, which gives away a free magazine to this effect. The roads are of a good quality in the metropolitan areas but the same cannot be said about the more rural areas. Travelers intending to explore remote regions should consider hiring a sturdier vehicle like a four-wheel drive. Travelers who decide on independent driving should also take care when driving in cities as local drivers can be quite reckless at times.

Rwanda has a range of daily coach services on offer to travelers which operate both in the country and internationally. Most of the buses traveling between regions and out of the country are quite comfortable and some, especially those on the longer routes, have air-conditioning. A few reputable companies which offer reasonable rates include Jaguar Executive Coaches, Regional Coach Services and Onatracom Express. Travelers should also be aware that buses traveling along politically sensitive areas are often ambushed by rebel forces thus extra precautions should be taken.

Inner-city travel in Rwanda is largely carried out by private minibus service companies and, in similar style to the local share taxis, they only leave when full. They tend to be a bit more flexible than the larger coaches as they travel routes at all hours of the day or night. The minibuses differ in quality and comfort, generally depending on the company, but a few reputable names include Okapi Car, Atraco Express and Virunga Ponctuel.

While there are many plans to develop railways both and the country and between neighboring regions, there are no rail networks as of yet. The local bus system and minibus taxis are the only other overland method of navigating Rwanda.