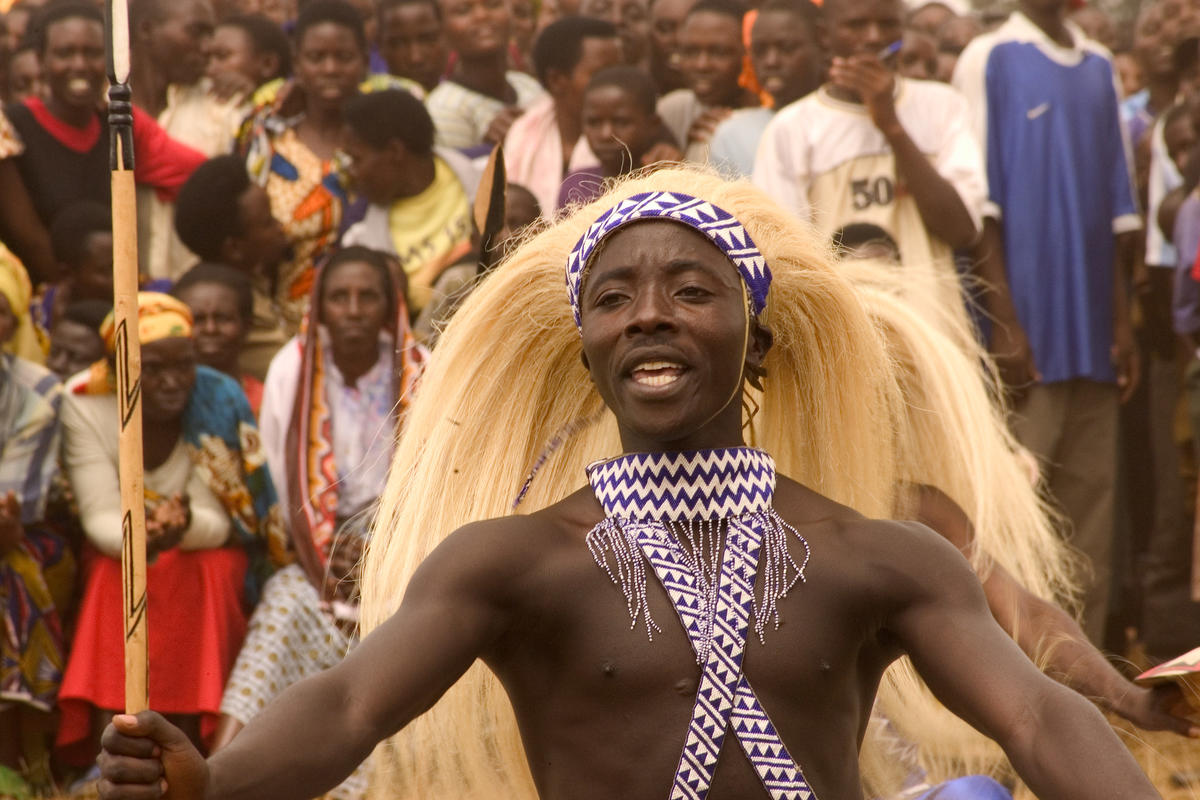 Most of the Rwanda holidays and festivals are focused on the country’s rich culture and the arts. From events which celebrate the long standing culture of visual art, like the Hillywood Film Festival to those using theater as a vehicle of social change like the Centre X Centre Festival, there is something for every artistic taste.

Held annually in March the Rwanda Mini Film Festival allows amateur film makers from around Rwanda to showcase their talents. Entry is open to everyone, including students, professors, novices and established filmmakers, who are shown in several different categories. The festival takes place in many different venues across Kigali so interested travelers will have to keep an eye out for schedules closer to the time. The event is a great one to attend as the short films tend to highlight issues of people on the ground and provide great insight into the country.

An interesting festival worth attending, the Gorilla Naming Ceremony is held every June in Kiningi. This ceremony is influenced by a similar one for humans during which all members of the local Rwanda community recommend names for a newborn child. In this version, it is the park guides who do the suggesting and ultimately choose the names of all the newly born gorillas. The ceremony is characterized by great displays of music and traditional dance and travelers who attend the festival can even choose to sponsor a gorilla if they like.

Another popular film festival, Hillywood is aimed at showcasing Rwanda’s budding film industry in the hope that it will one day rival a similar industry in Nigeria. Held every July, the festival highlights the talents of filmmakers from across the African continent. There are several activities including screenings, workshops and discussions on the films by their directors and actors. Anyone interested in learning more about local culture, or simply looking to catch a good film, should make a point of attending.

Newly renamed, the Centre X Centre Festival is an annual celebration of Rwandan theater which takes place every August in Kigali. Every year the festival has a theme which is generally related to the ideas of Arts and Peace. The messages of most pieces stem from the effects of the Rwandan genocide and are quite powerful. It is the hope that the theater festival not only forms the ground for critical discussion but is also a process of healing.

September marks the arrival of the lively outdoor music festival in Kigali. The event aims to bring together local artists from several different genres including traditional folk music, R&B and Rwandan Pop. There are also many international stars who grace the stage every year. The aim is to cross genre divides to create a community of artists who collaborate to make the county’s music industry even stronger than it already is.

Rounding off Rwanda’s festival calendar is the Festival Arts Azimuts in October. A feast of the arts, FAAZ brings together dancers, musicians, theater makers and visual artists from both Rwanda and abroad. There are also many renowned speakers who are invited to give talks to inspire the values of love, hope and faith in the festival goers.