Democratic Republic of the Congo — Food and Restaurants 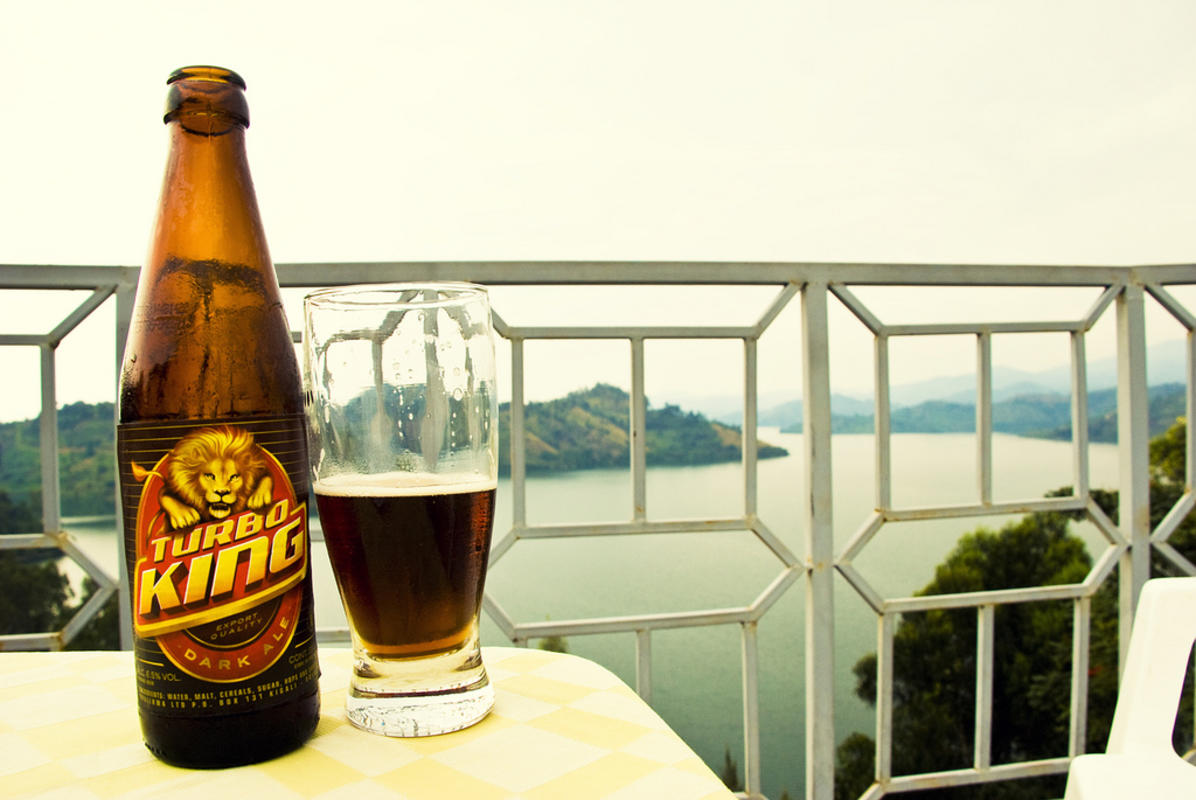 When eating in the Congo, be sure to try moambe, the national dish. Its name comes from the number of ingredients, which is eight – cassava leaves, hot pepper sauce, bananas, rice, peanuts, fish, chicken, and palm nuts. Certain regions offer unique specialties like the white elephant drink (consisting of milk, rum and coconut), pineapple bugada, and paupau paradise. Lubumbashi and Kinshasa are home to a wide selection of good restaurants, but they tend to be expensive, much like those you would find in hotels. For more affordable meals, try smaller snack bars and restaurants specializing in Belgian, French and Chinese cuisines. A 10 percent service charge is already added to most restaurant and hotel bills, but customers are still expected to tip.

Bars and Pubbing in the Congo

Turbo King is one of the Congo’s local beers, characterized by its dark color. If you want to try regular lagers, Primus is the most popular or Skol. Smaller bottles of Mutzig from Europe are also available, as well as the more expensive and somewhat rare Tembo, which is a delicious ale. High-end hotels, supermarkets and restaurants have expensive South African and French wines.

Matonge is the center of Kinshasa’s nightlife, and is dotted with clubs, restaurants and dancing venues. Bonmarche and Bandal are also popular quarters for discotheques and bars. Visiting a local nightclub is a great way to learn Congolese dances and feel their rhythms. Estoril Sun (228 Avenue Kabasele Tshamala, Kinshasa) and Tit on Avenue Bokango in the Bon Marché area are both good options.

Tourists and visitors who prefer to remain in Gombe won’t be disappointed by the local night scene either. Hotel Memling’s Bar L’Entr’Act is a classy, business-friendly bar by day and a cozy lounge by night to enjoy soul music, blues and jazz while sipping cocktails. The hotel is also home to Bar La Piscine (Ave de la Rep tu Tchad), a pool hall with semi-private, romantic gazebos and excellent barbecue and burgers. There are kwilu rum cocktails and draft beers during happy hour. Those looking for a dedicated jazz bar should head to Ibiza Bar (11 Avenue de la Nation, Gombe) where live music and dancing can be enjoyed.

Dining and Cuisine in the Congo

Nganda restaurants are concentrated in Kinshasa. These are ethnic spots serving food from specific regions of the Congo along with western imports like beer and bread. They are often run by unmarried women and are mid-range in price. Head to the riverside ngandas to enjoy cooked plantains with baked fish. Kasai nganda restaurants serve green vegetables and rice with goat meat. On special occasions, they may also offer rabbit as dessert. Kongo nganda specializes in fish served with vegetable sauce.

Other local plates can be sampled at roadside stalls like La Bloque (Bandalungwa, Kinshasa) and Mama Colonel (Bandal, Kinshasa). For affordable grub, the main boulevard is the place to be. Al Dar (Boulevard du 30 Juin, Kinshasa) is a Lebanese restaurant with a fast-food ambiance. There’s also Pattiserie Nouvelle (Avenue de l’Equateur N343, Gombe), which serves breakfast and lunch, including English and continental breakfasts. This restaurant is also famous for its cakes. L’Orangerie (Boulevard 30 Juin N342) has four types of set meals a day with a glass of a local beverage, and it gets very busy by lunchtime. Caf Cons (Avenue de la Nation N13, Gombe, Kinshasa) offers fine dining for special occasions. Mama Colonel (Avenue Tonde Bandalungwa N296) is another attraction, wildly popular for its grilled chicken. The restaurant is run by a Congolese army general’s widow.