When planning a visit to China, most tourists immediately think of the main attractions such as the Great Wall. Why not immerse yourself in Chinese culture and history and book a trip in October? October 1st was China National Day in Beijing which guarantees the Chinese the week off to celebrate the founding of the Peoples Republic of China in 1949. Take a unique trip and find that China has more to offer than your favorite deep-fried wontons and kung-pow chicken. 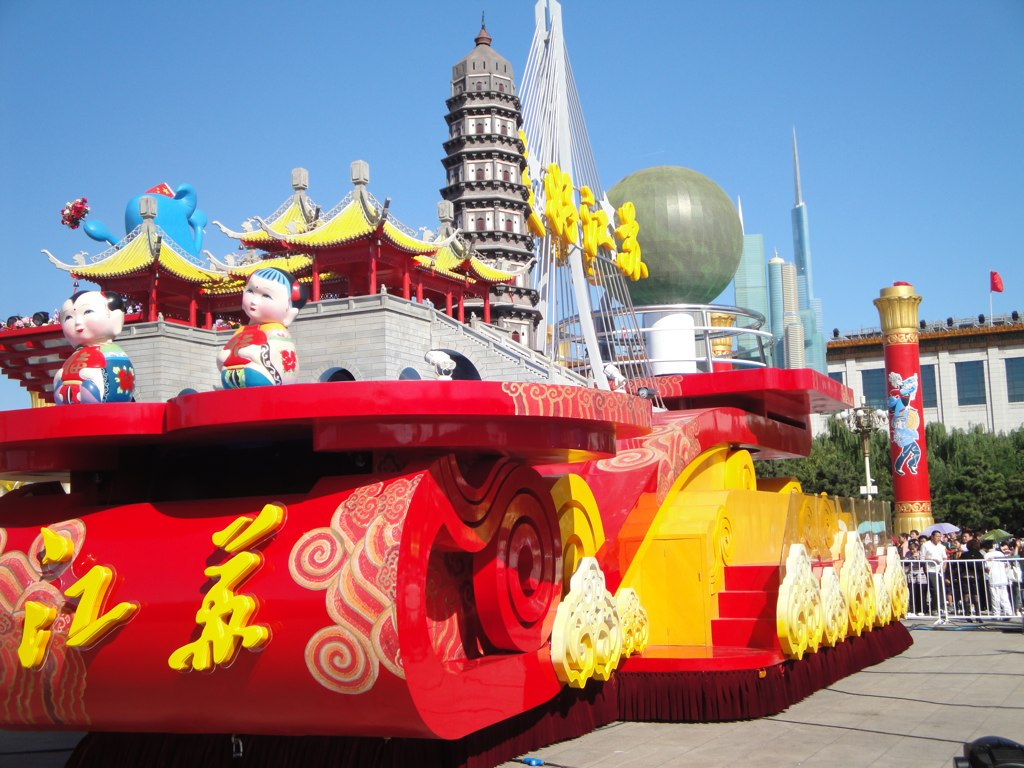 National Day represents the start of one of the two Golden weeks in China, a week chalk full of so many public holidays the government grouped them all into one long celebratory event. The other Golden Week is during the Chinese Lunar Year. On this day in 1949, the leadership of Communist China declared victory in War of Liberation against the Nationalist forces of Chiang Kai Shek.

China National Day is well-known for its beautiful décor featuring the National Day Flower Bed festival which can be found in cities all over China. The most outstanding and admirable festival is located in Tiananmen Square, which is where the Great Wall is stationed as well. The flowerbed consists of 200,000 potted flowers which lights up Beijing with beauty. Besides the glorious flower displays, red lanterns which symbolize luck and joy are seen everywhere especially at the gates of government office buildings.

If you are lucky, you can catch the National Day Parade, which is only held when the anniversary year is a multiple of five ( 50th, 55th or 60th). Plan ahead as it's definitely a site to be seen with elaborate fireworks and military shows of bravado.

Magnificent fireworks displays are shown in cities nationwide on China's National Day. Hong Kong is well-known for its display which started in 1997 at Victoria Harbor. Over 100,000 spectators gather to witness 23,000 fireworks erupt in the sky.

Large concerts are put on for China's National Day in the nation's biggest cities. The Music Spectacular Water Cube Concert and Shanghai National Day Concert involve laser shows, waterscapes and performances from Chinese stars. Chinese folk, orchestra and classical music are performed as well so there's a bit of everything.