The Mekong Delta is a treasure trove of adventure. The place where the Mekong River runs into a series of tributaries, spanning 15,000 square miles, the Vietnamese call the area Cuu Long, which means “Nine Dragons,” a reference to the nine tributaries that snake along the ocean. While life in the Delta primarily revolves around the river, the area encompasses a large section of land, too.

World-famous for it’s biodiversity, there are way more than seven sights to see, whether you’re into food and culture, architecture and history, or wildlife spotting. Just be sure to keep the camera ready because the Mekong Delta is a sensory overload to be sure. 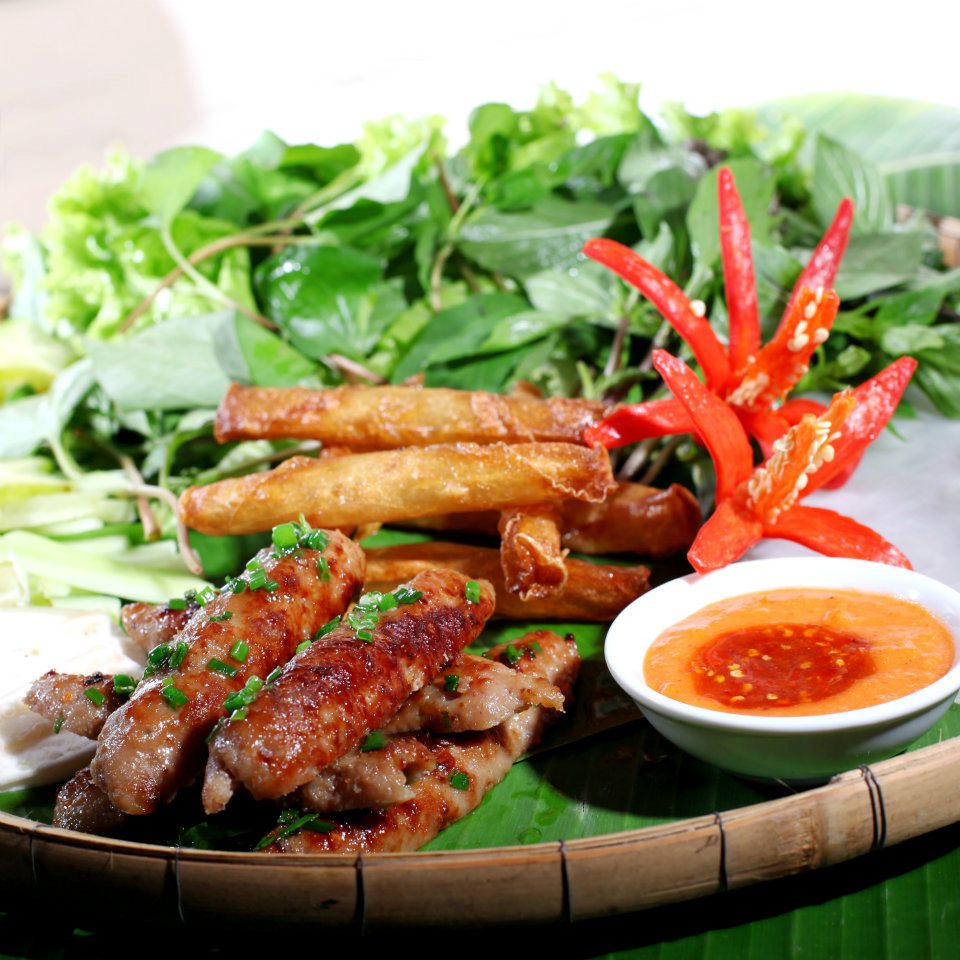 A Feast for Your Eyes. And Stomach.

A food tour in the Mekong Delta is highly recommended as it's a best way to get a taste of the local flavor. One of the highest rated is the Can Tho Food Tour, which will take you to a myriad of restaurants where you can try an array of local Vietnamese food with an entertaining local guide on the cheap. 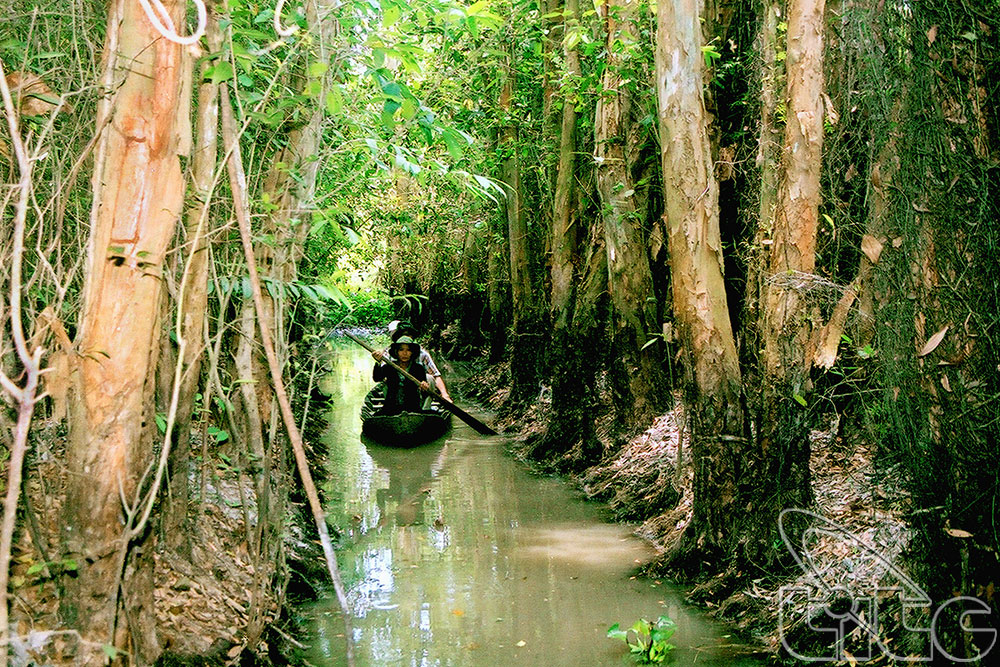 This lush and swampy forest occupies over 120 acres just southeast of Cao Lanh. Hop in a canoe or take the walking trail to see some of the most magnificent scenery in the Mekong Delta. Keep an eye out for the old Viet Cong army bunkers, left over as post-war hideouts. They're open to explore, just remember to pack your bug spray. 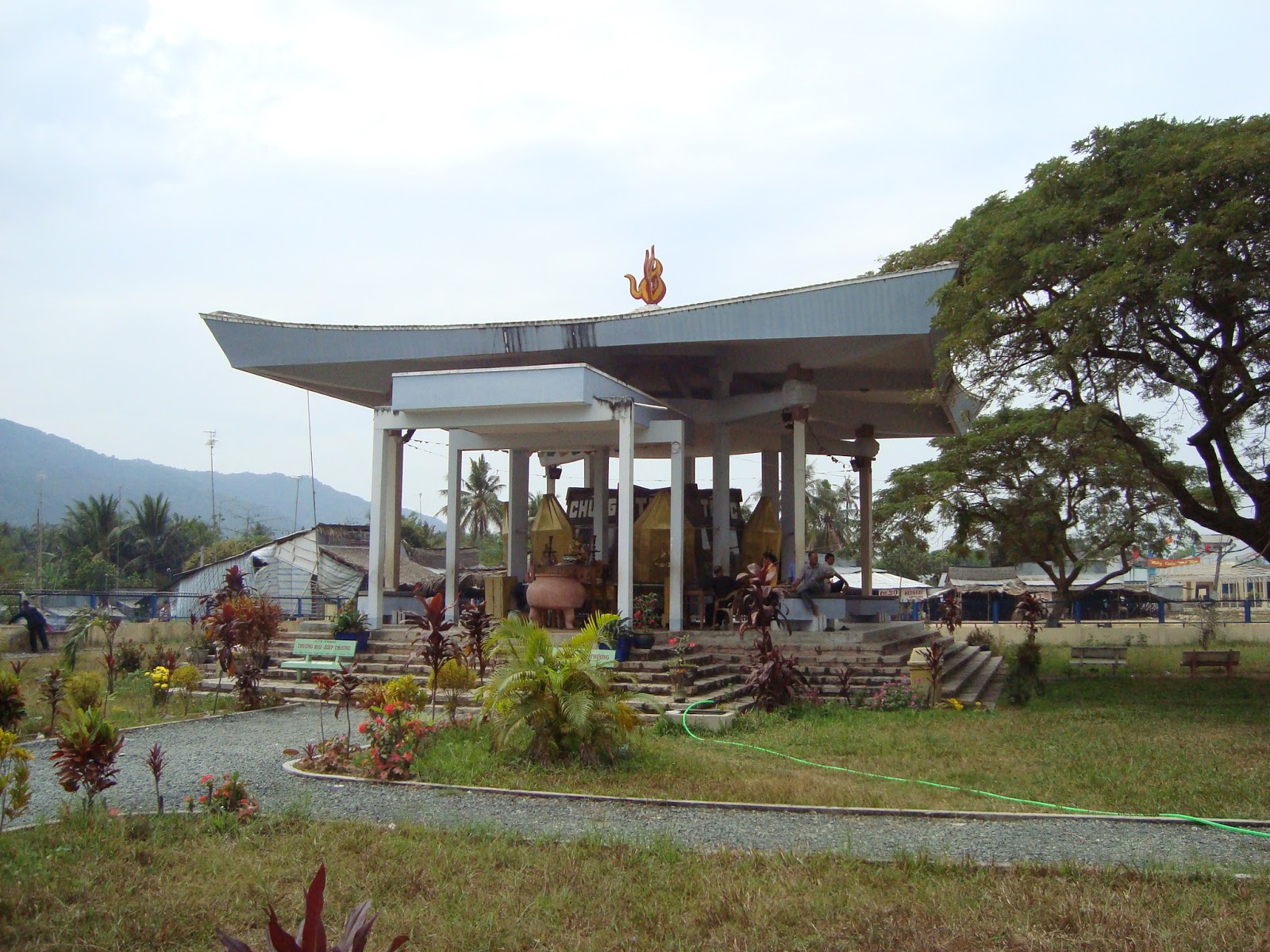 For a stunning and sobering excursion, pay your respects at the Ba Chuc memorial. The area stands as a place of remembrance to those who suffered and died at the hands of Khmer Rouge. In April 1978, the ruthless Communist leader massacred an estimated 3,157 men, women, and children. The memorial is divided into two sections: an ossuary where the bones are displayed, and a gallery of graphic photos. While this site is an important historical tribute, it is not for the faint of heart. 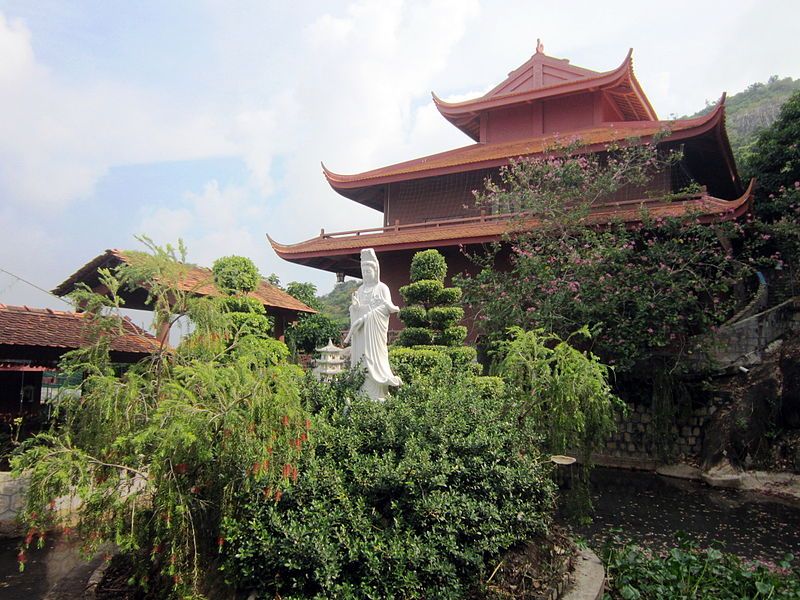 Located halfway up Sam Mountain, the Cavern Pagoda (known as Phuoc Dien Tu) is a fantastic example of a Vietnamese sanctuary. The lower part of the pagoda holds the monks’ quarters and tombs, while the upper section houses the main sanctuary and a network of caves and grottoes filled with statues dedicated to the Buddhas and deities. 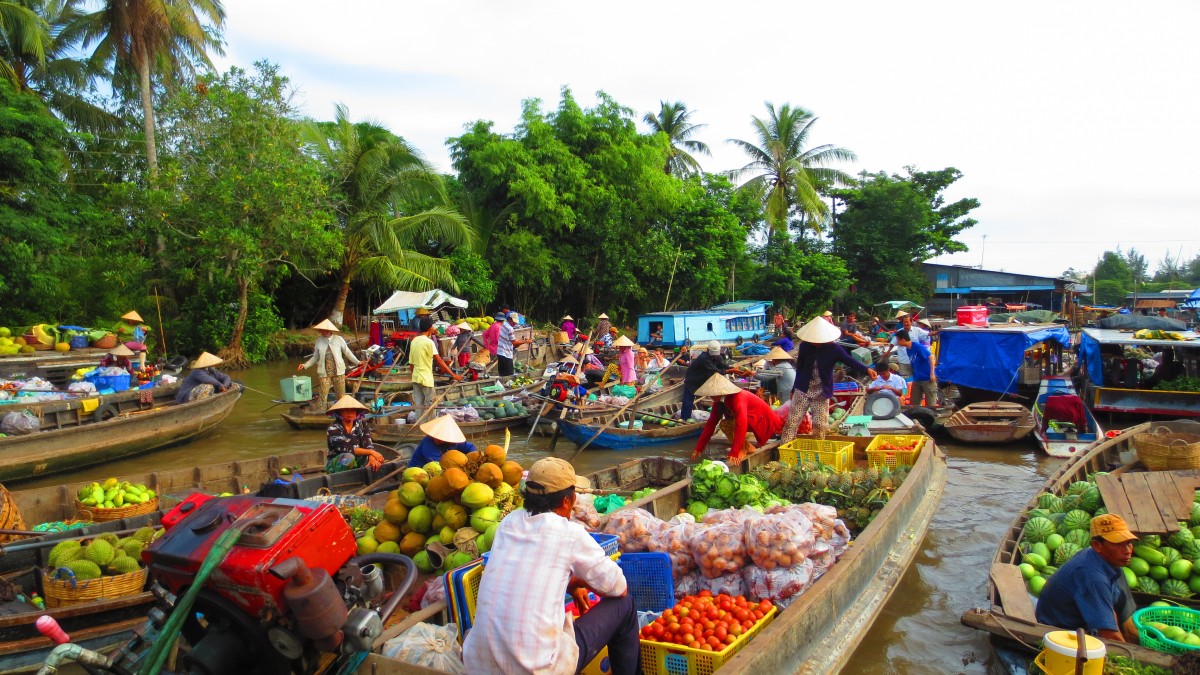 One of the most iconic images of the Mekong Delta is their famous floating markets. The biggest, by far, is Cai Rang. Hire a boat and visit between 6 and 7 am when the locals do their shopping before the tourists arrive. For a more intimate setting, check out the Phong Dien market. Vendors here favor stand-up pole boats rather than motorized, and there are far less tourists than at Cai Rang. Again, you’ll want to arrive super early to get the full effect. 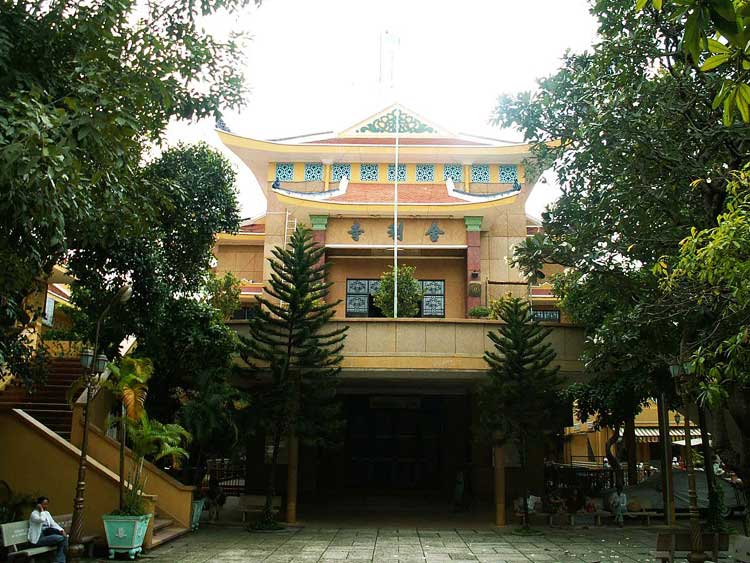 Located in the charming city of Soc Trang, the Xa Long pagoda was influenced by the Khmer people, who make up a large part of the Vietnamese population. Originally built in the 18th century, today it functions as a temple for Buddhist monks. 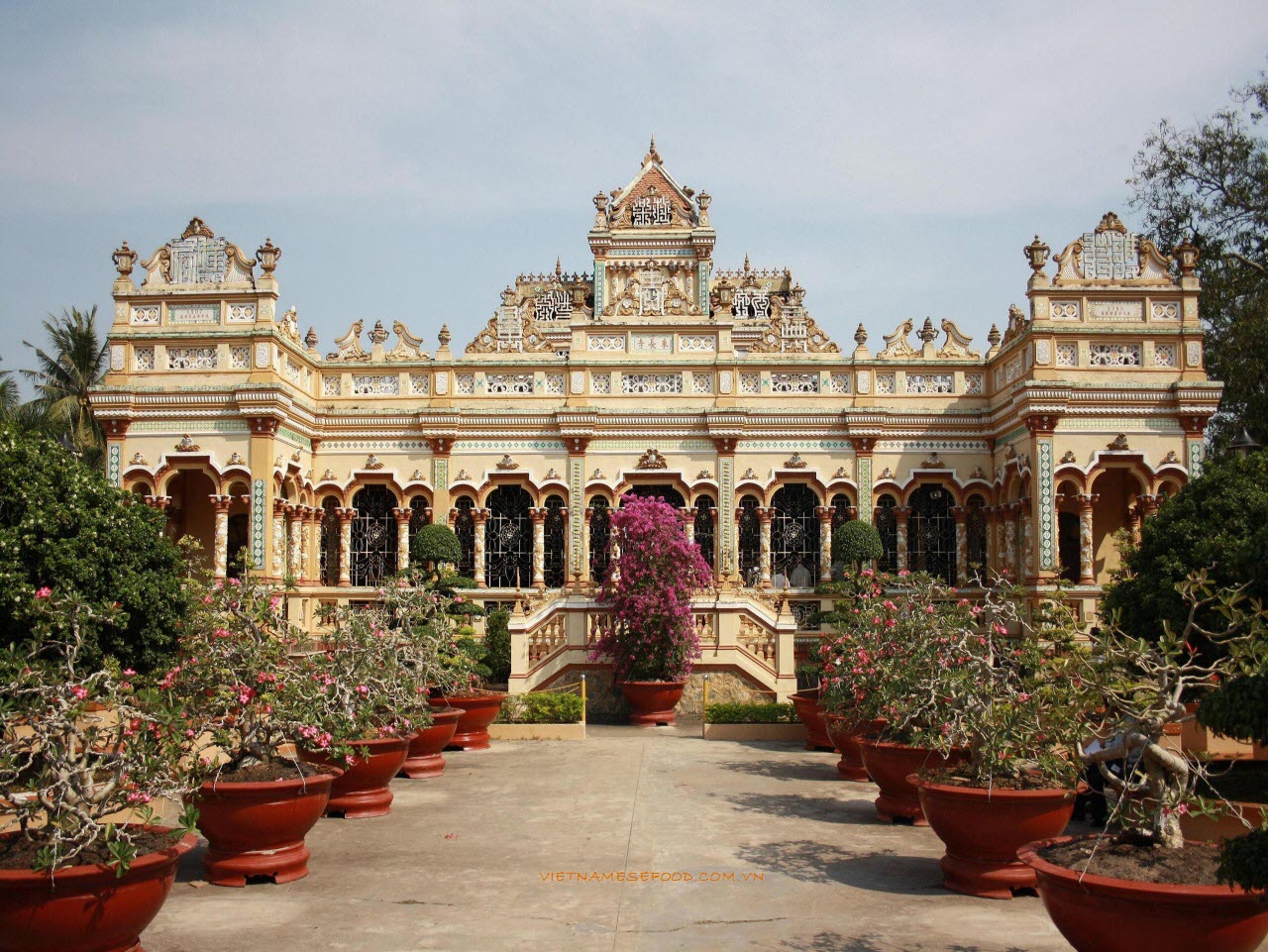 The ornate and gorgeous Vinh Trang Temple is one of the most famous temples in southern Vietnam. Built in the 19th century, the temple sits on about five acres of land with a courtyard bursting with fruit trees, and an inside stuffed with effigies of Buddha and other religious figures. It's the perfect place to find a quiet moment of tranquility and escape the throngs of people milling the streets.