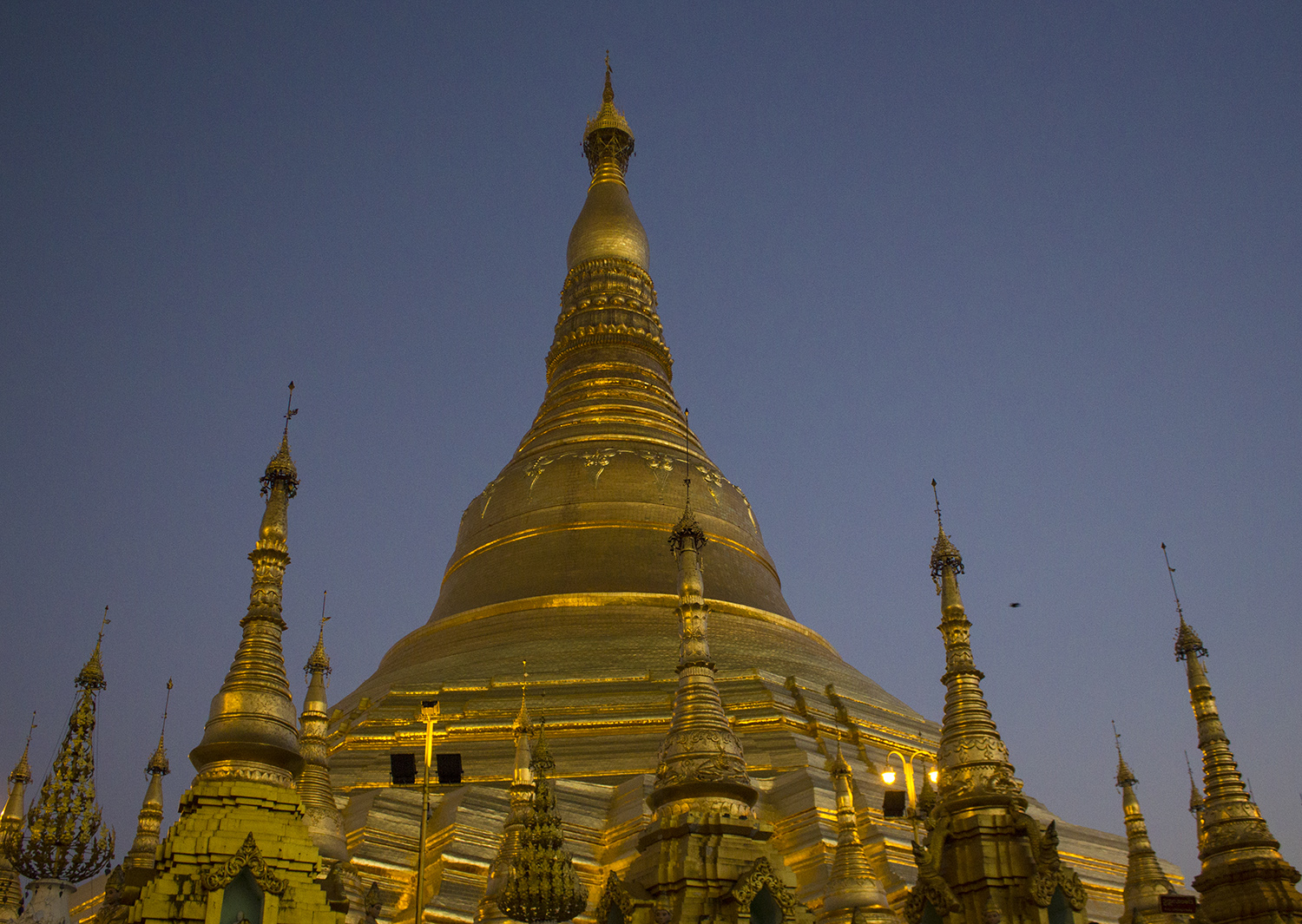 When it comes to tourism, Myanmar (or Burma, as it was called before the military government took over) is just a baby as travelers have only had access this exotic land since 2011. An incredible Southeast Asia locale (bordering Thailand, China and India) littered with temples and friendly people, the country has evolved quickly with little outside meddling, allowing the development of some quirky, amazing, and downright bizarre customs. Don’t worry: It has only added to Myanmar’s alluring charm as a destination that should most definitely be on your bucket list. 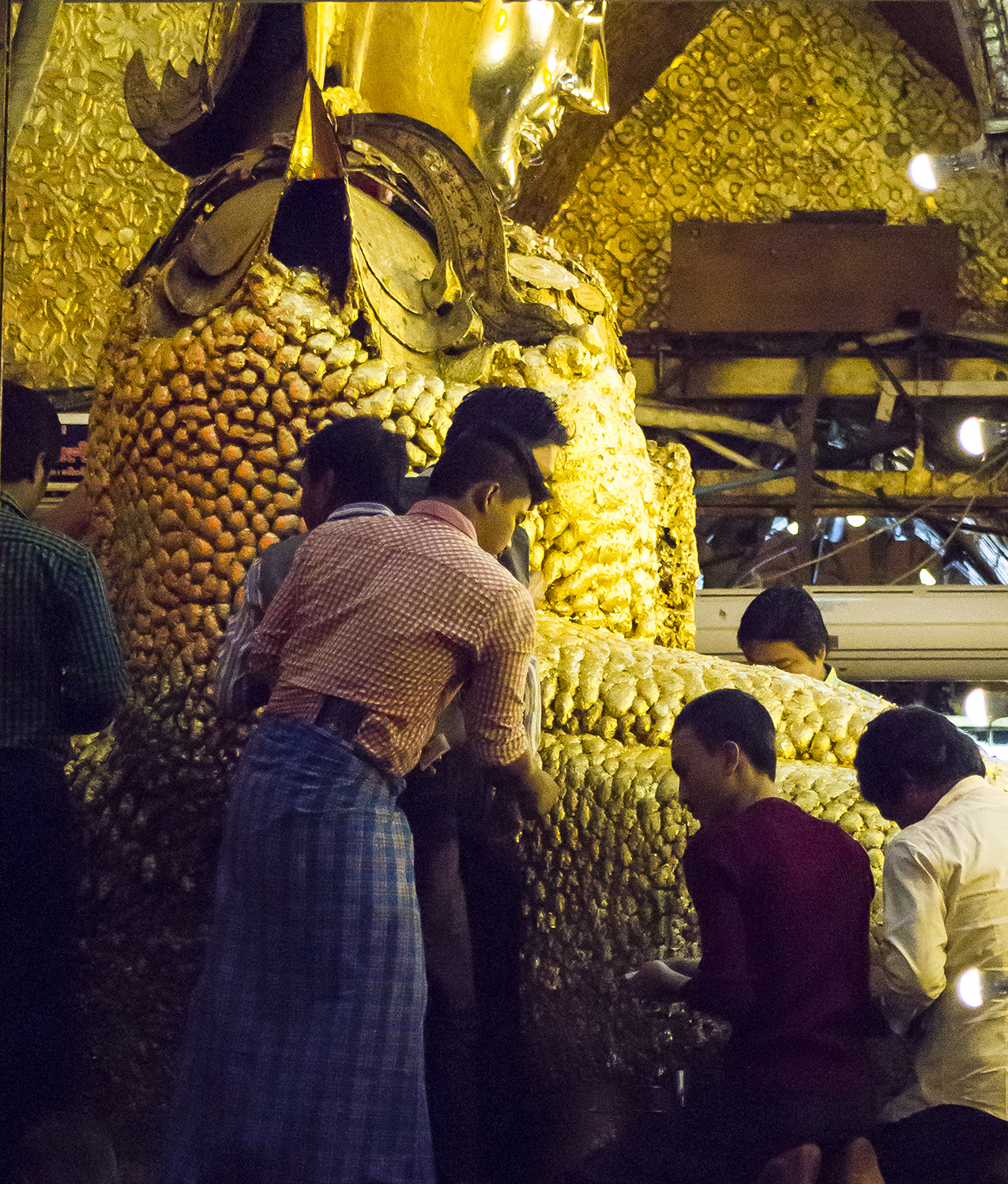 In Buddhism, it’s all about preparing for your next life. The path to nirvana means doing good deeds and earning a next life that is better than your current one. That might include applying real 22 karat gold leaf to a state of Buddha. At the Mahamuni Pagoda in Mandalay, only men are allowed to do this, while women watch outside from a close circuit TV. In Yangon, both sexes can purchase the freedom of a sparrow from vendors carrying small cramped baskets of birds to aid in their afterlife pursuits.

2. Pampering on the Cheap

In Myanmar’s largest city, Yangon, you can find a decent pedicure for $5 at small boutiques in Scott’s Market (also called the Bogyoke Aung San Market). Go ahead and splurge on a head/neck/shoulder massage too for just $3. While the facilities are basic, the services are solid. Even the more luxurious spas. complete with fluffy bathrobes and cucumber water, won't break the bank. One to try is Inya Spa where a 90-minute Thai full body massage will set you back just about $20 with manicures starting around $10. 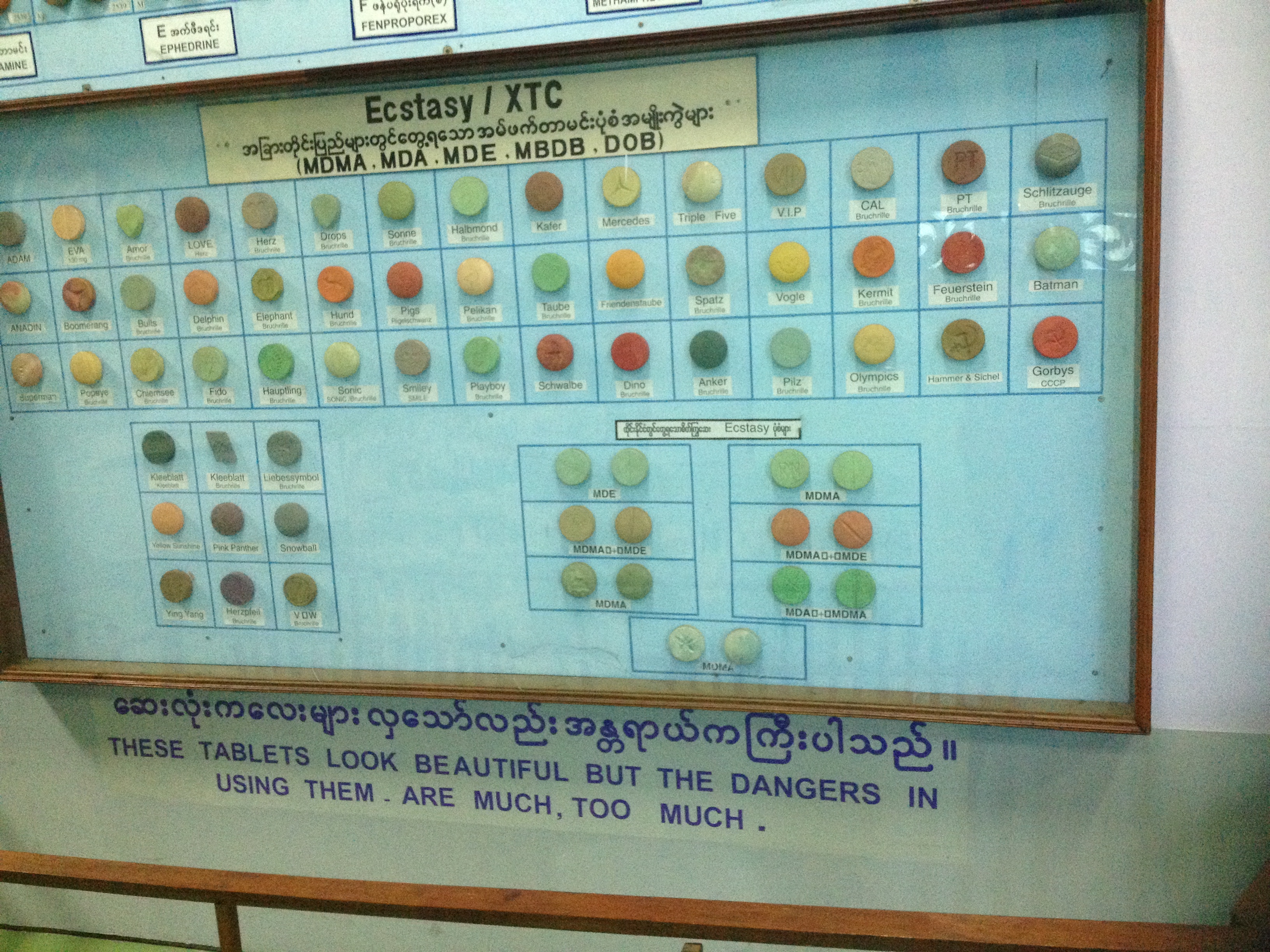 3. The Most Bizarre Museum – Ever

On the outskirts of central Yangon, the Drug Elimination Museum could be the strangest museum you’ll visit anywhere. The facility is devoted to the history of drug manufacturing in Myanmar and ongoing efforts to curb the problem. Spread over three massive floors, exhibits show brave generals busting up opium dens and gory pictures of what happens to those who abuse drugs. In one interactive area, visitors push a big red button, which causes a giant mechanical hand to lunge at you, symbolizing the dangerous hold heroin has over its users. Odd, but fascinating. 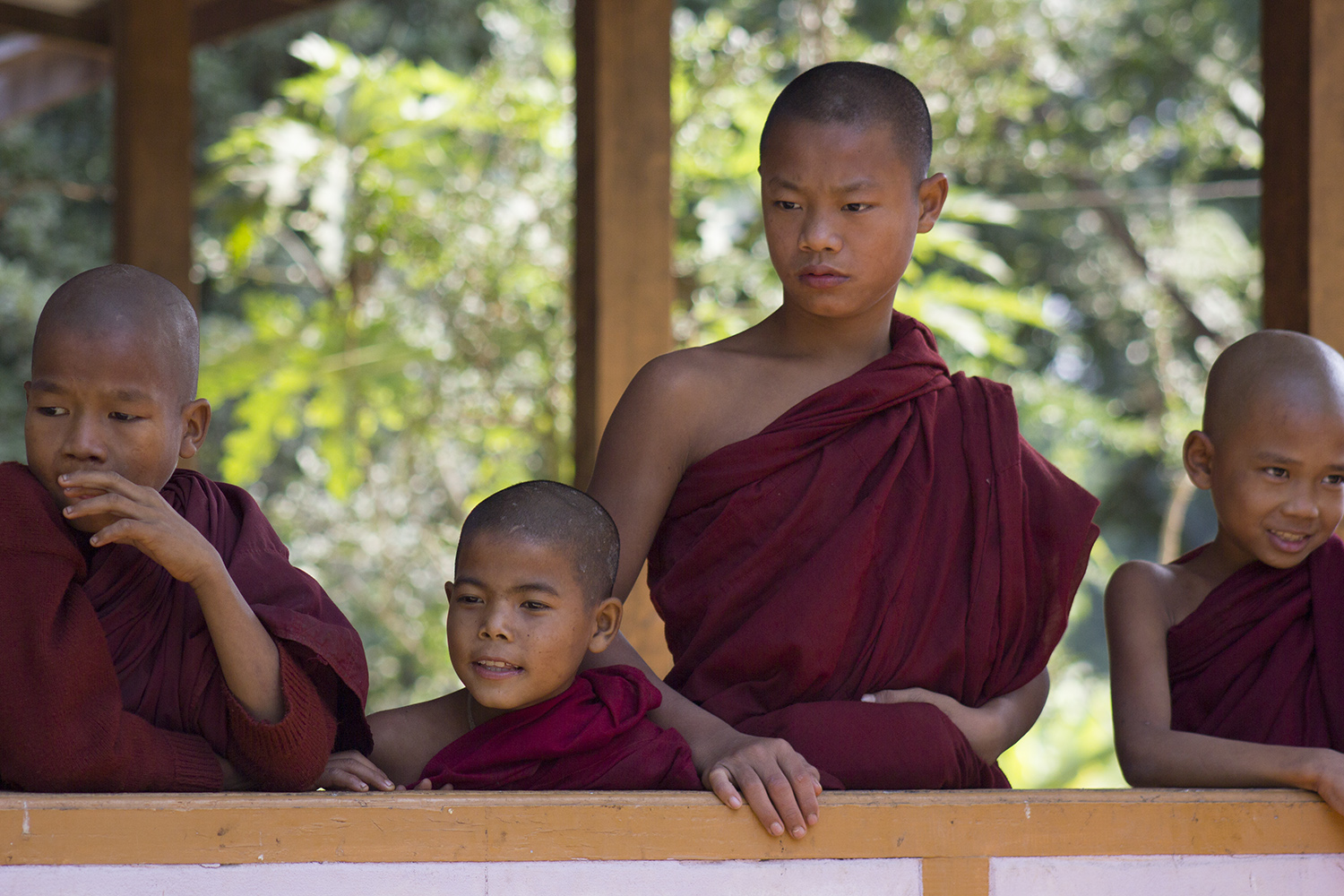 Buddhism is the dominant religion in Myanmar. An estimated 90 percent of the population is devout. In fact, it's customary for men to become monks any time after the age of 7. Some stay in monasteries for just a few weeks, while others make it a lifelong commitment. As part of their practice, they roam towns and villages twice a day seeking alms in the form of money or food. They're easy to spot with red robes and shaved heads. Add nuns into the mix in their bubble gum-pink robes and you’ve got a constant parade of color. 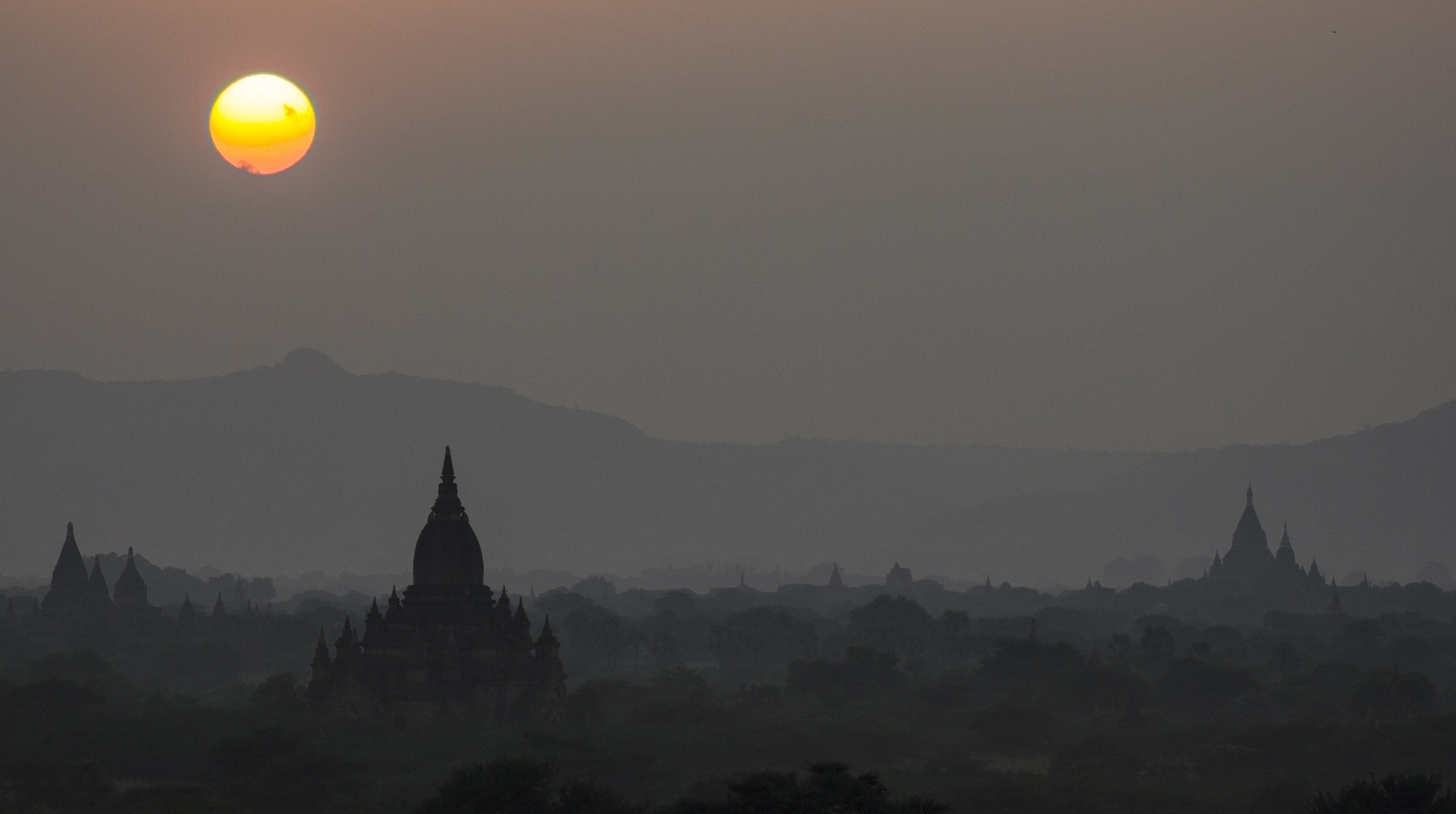 5. Pagodas as Far as the Eye Can See

No matter where you go in Myanmar, you’ll see pagodas – plenty of them ­– throughout the country. They range from simple stone structures to opulent, over-the-top gleaming gold structures like the Shwedagon Pagoda in Yangon. Bagan is the poster child for pagodas, boasting more than two thousand, with some dating back to the 11th century. At sunset, locals and tourists enjoy climbing up Shwesandaw for spectacular sweeping views. 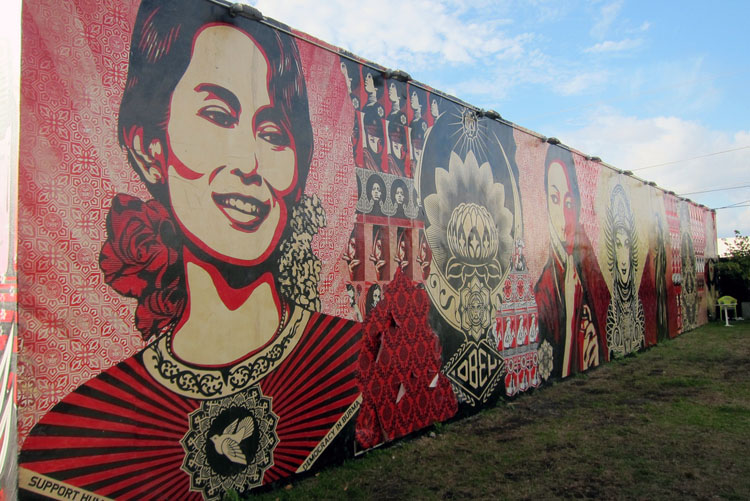 6. From Criminal to Political Leader

The Burmese refer to her lovingly as “The Lady.” Aung San Suu Kyi is one of the world’s most famous political prisoners, having spent more than 15 years under house arrest thanks to her opposition of the military-led government. She earned the Nobel Peace Prize in 1991, then was released in 2010. She led her party, the National League of Democracy, to victory in a federal election held November 2015. Her bravery and determination to introduce democracy have earned her a celebrity-like following with her image depicted on everything from t-shirts to teacups. 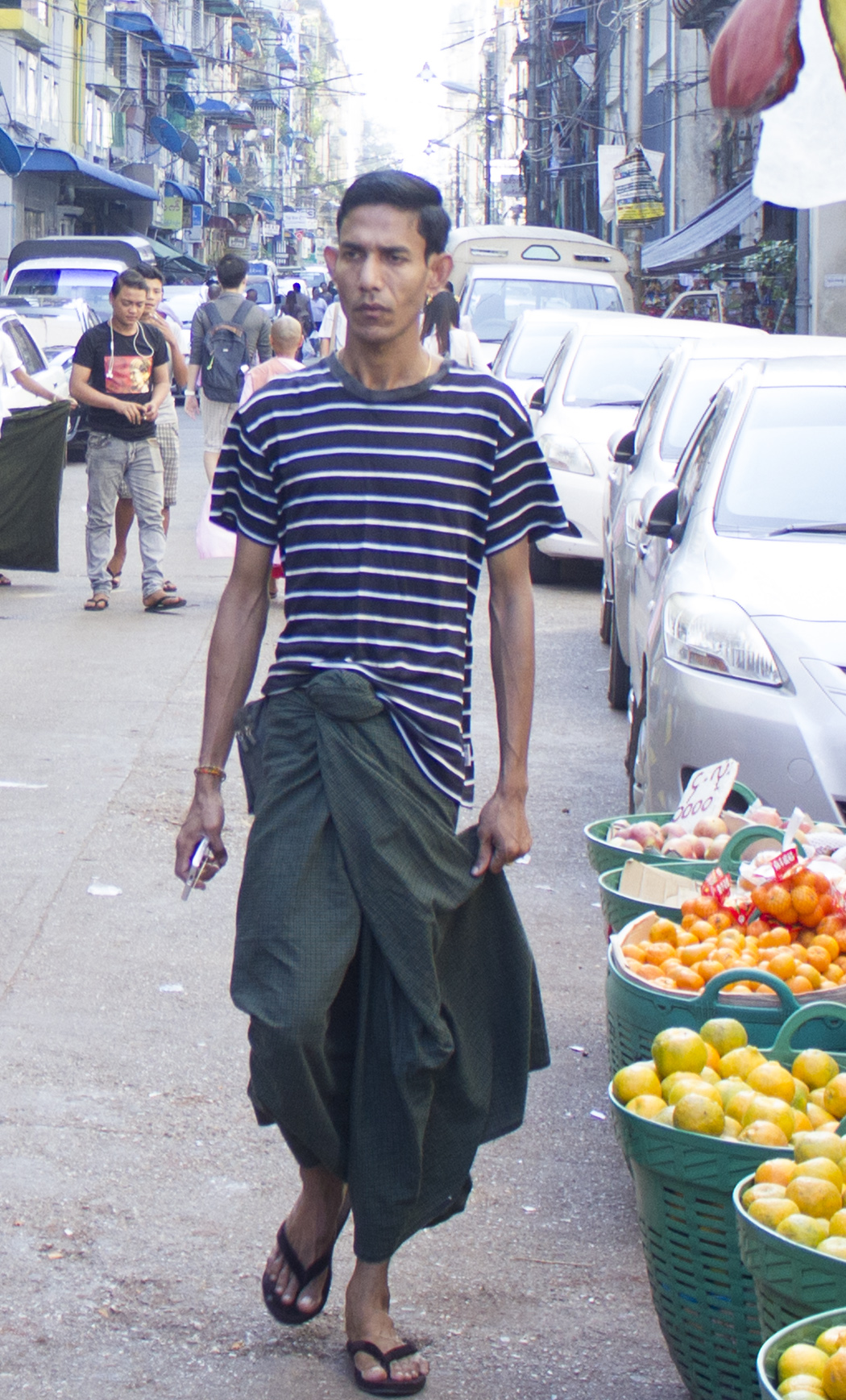 From north to south, many Burmese men wear longyis, a type of sarong made from a single piece of cloth, usually in a tartan or geometric pattern. They can even be tied to accommodate a cell phone and wallet. Paired with white button down or a simple t-shirt, it’s definitely a look. Go native and pick one up at the market for about $10. Women wear them, too, but they are tied to the side and the fabrics tend to be bright, girly florals. 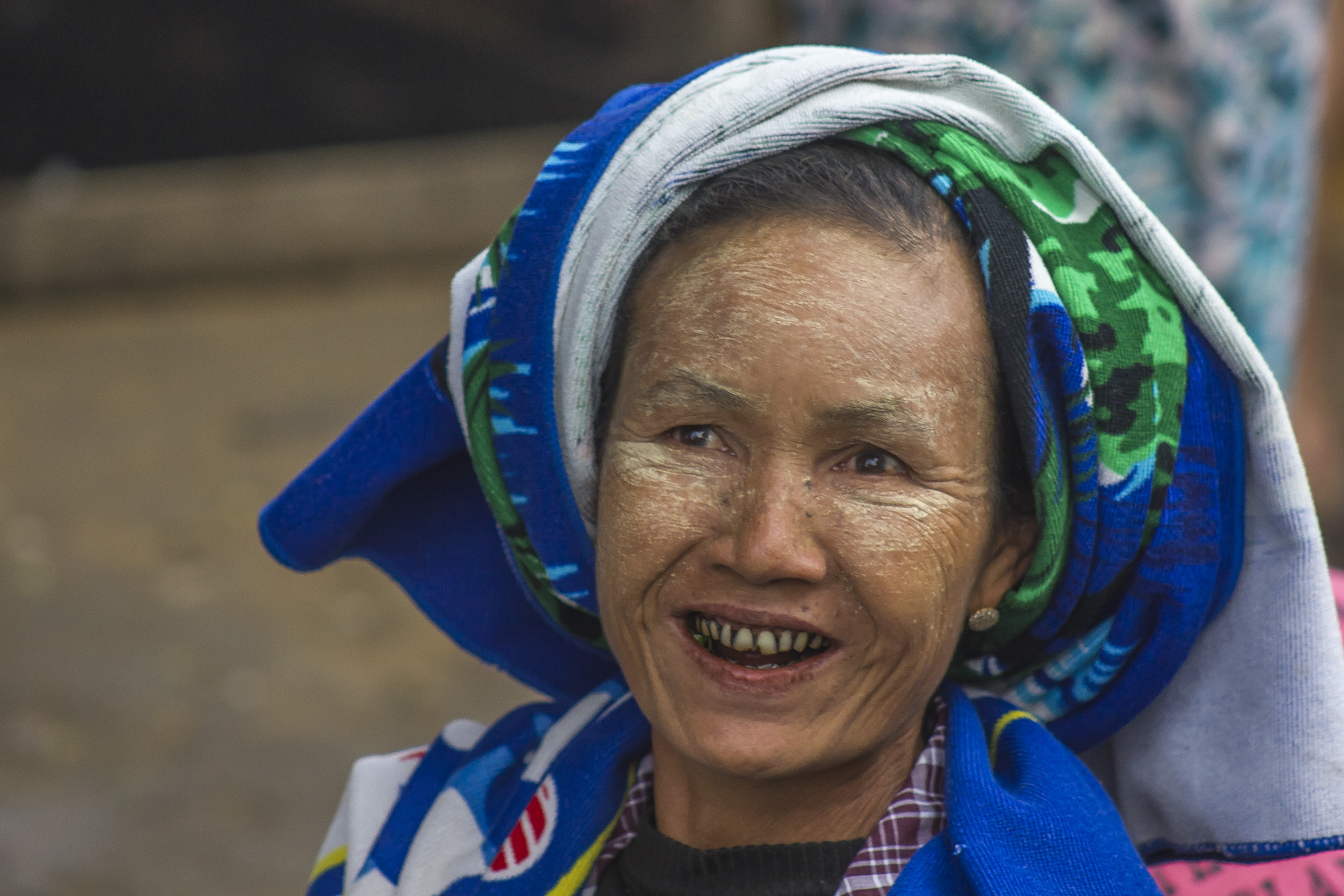 Judging by the vivid red splotches on the street, you'd think there was some sort of bloody massacre in Myanmar. These puddles are actually the remnants spit out by locals who are hooked on chewing betel nut leaves stuffed with areca nuts and tobacco. Sold and made at roadside stands, they are highly addictive, cancer causing, and stain teeth a horrible shade of crimson. Imagine chugging five Red Bulls in a row and you’ll understand the hypnotic buzz that comes from this nasty stuff. 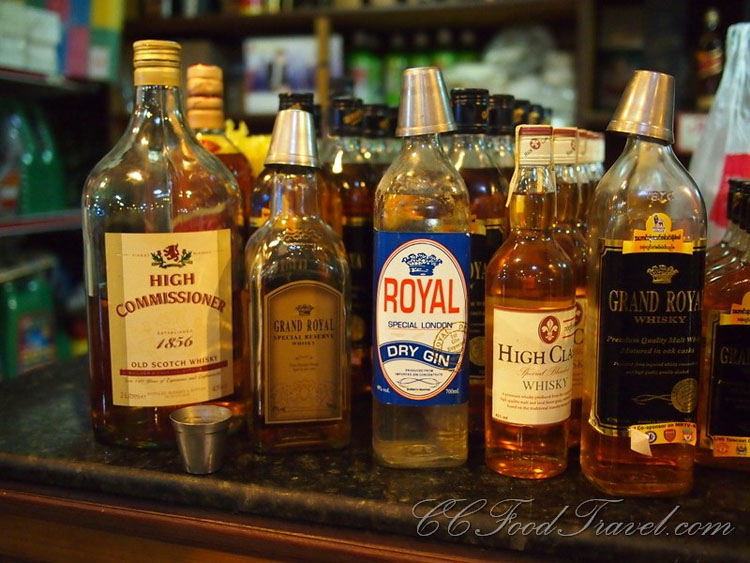 For travelers, a bottle of local whisky is an unbelievable bargain at just $2. If you’re feeling posh, top shelf upgrades are just $2.50. Keep in mind that for the Burmese, this is still considered expensive since the average daily salary is about $3 US. Whisky connoisseurs used to Scotland’s finest blends might be disappointed with the taste, described by one travel writer akin to “burnt tires.” A safer bet is the tasty Myanmar lager beer, priced at just 50 cents a can. 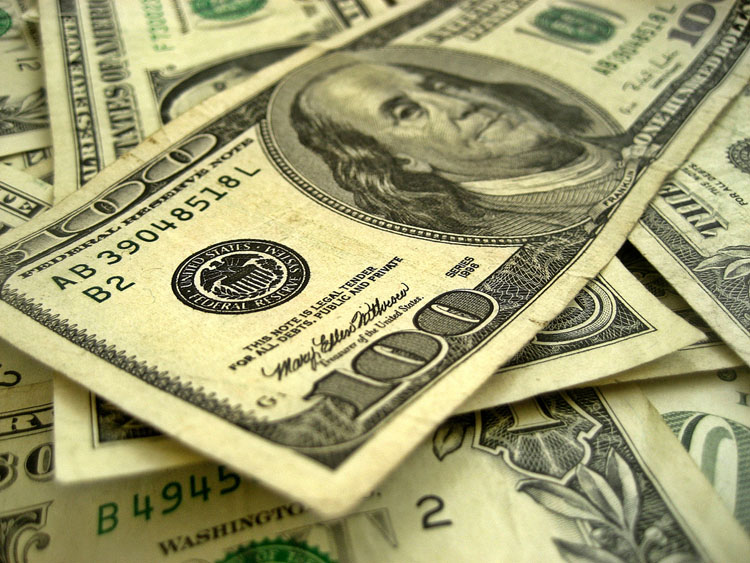 The local currency is the Burmese kyat (pronounced chat), but US dollars are also accepted at retailers and hotels, as long as the bills are absolutely pristine -- as in they just came off the press. No tears, nicks or folds, less they be rejected. Get out your iron. 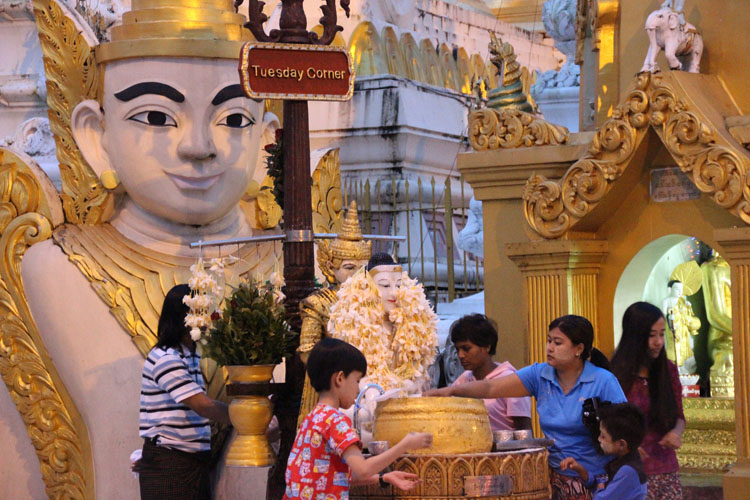 No one in Myanmar dares to plan anything of consequence without first consulting a trusted local astrologer. The Burmese zodiac is based on eight animals determined by the day of the week you were born on. (In ancient times, monks divided Wednesday into two parts to create an extra day). Trying to ensure some good luck? At major temples, you can make an offering in specific areas devoted to your day of the week.

Michele Sponagle is a prolific journalist, based near Toronto, Canada, who has visited more than 70 countries, where she has tracked polar bears in Manitoba, fished for piranha in the Amazon and soared over the Masai Mara in a hot air balloon.