What makes Egypt a once in a lifetime journey? Egypt is a place where your imagination takes you over. The first 5000 years of history have now been tracked so you have a foundation for your dreams. The Nile has laid the parameters of the country both geographically, historically, and for human development. Carvings have been found of armed men, hunting animals as well as more domestic scenes with goats and cattle. Some of the etchings are sophisticated enough to show movements of elongated humans in the action scenes. Even back during the formative years of Middle Egypt, locals experienced their own gradual climate change: north Africa became drier and drier hence increasing the value of the land along the Nile Valley. 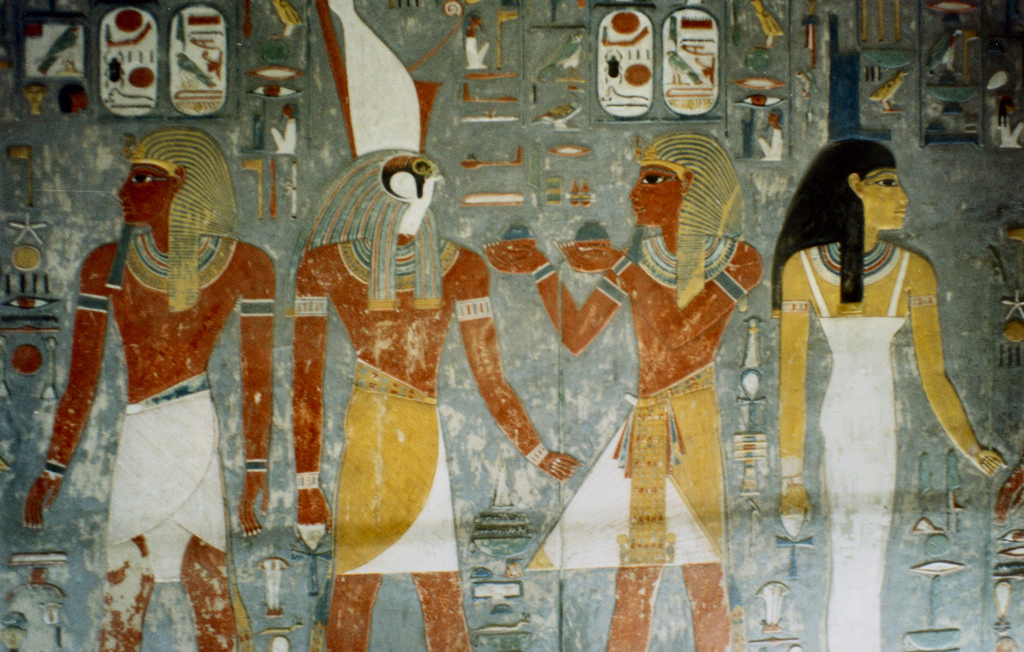 So in the north and the east we have the sea and to the west and the south we have the desert – encroaching closer and closer on the settlements. How did these factors play on their psyche? They became a society of austerity in all things but their ruling obsession became the concept of life after death. And this is where our imagination comes in.

It has been proved that they called their tombs “Houses of Eternity." The purpose of art was not as we know it today: it was simply for personal expression on the tombs both inside and out. They embellished the walls with beautiful scenes of life and loaded the rooms with food and drinks – all the requirements of “life after death”. This practice of prehistoric graves continued pretty much unchanged for hundreds of years.

Where does your imagination take you when you speak the names of some of the rulers? The boy-king Tutankhamun - or King Tut – is probably the most well-known ruler of ancient Egypt. As so often happens with history when interpretations are left to humans, King Tut was not really an important ruler as he died at age 22 The saving grace to keeping his rightful place in people’s memory was that his tomb was first opened in the 1922 and all the funerary gifts were intact. Other participants in our historical drama were important rulers like Amun, Ramses II, Cheops, and Amenhotep. Some of the females complementing our stories are Hatshepsut, Hathor, Isis and Nefertiti. The most important god of all was Re believed to be the sun itself as well as the god of the sun. Some of our heroes borrowed the elements of RE like the round disc shape for their own persona. Re intermittently manifested as a scarab beetle, a falcon with a solar disc on its head, or a man with the head of a beetle.

What things were important to them? One of the most important words that come to mind is ka. There is no direct translation to English but it’s like the soul of a person, the last speck of vital force left in a person. Mastabas were private tombs built in the Old Kingdom and had two rooms. Falcons were considered the divine birds of Egypt. Their eyesight is eerily penetrating so many gods were depicted with falcon heads. Luck and power to ward off perils and demons were bestowed upon amulets. Furthermore, these precious stones of gold or bronze were wrapped in the mummies bandages to ensure goodwill for the person’s existence in the after-life. Once pomegranets were introduced, they became hugely popular and also placed in tombs as food for the dead. Their voluptuous shape inspired goldsmiths and artisans alike.

Egypt is a Journey of a lifetime. Interesting choice of words as we study ancient Egypt and its obsession with the after-life. They believed that death was not an end of pleasure - even that it could be controlled through strict rites and etiquette. What an imaginative way to view death: as a mandatory short nap while traversing a passageway to remove all judgemental tendencies thus emerging back in your own body where you shared a life very similar to the one left behind.