Wars aren't won in a single battle, but rather an ongoing tug-of-war effort, with opponents and enemies gaining and losing ground through various battles and campaigns. One of the main advantages an army can have? Home field.

No other war better illustrates the importance of geographical know-how than the Vietnam War. The thick, green jungle was unfamiliar territory to the US forces, and their weakness became one of the greatest assets of the Vietnamese troops. Using their thorough knowledge of the lay of the land, the Vietnamese were able to build an intricate underground network known as the Cu Chi tunnels.

It was there that the Vietnamese forces could plan, stage, and executive aggressive counterattacks that would, eventually, force the US to retreat. At their height, the tunnels could protect entire villages, function as makeshift hospitals, and serve as deft command centers. Today, sections have been restored into war memorials, offering an intriguing look at one of the world's most deadliest of conflicts. 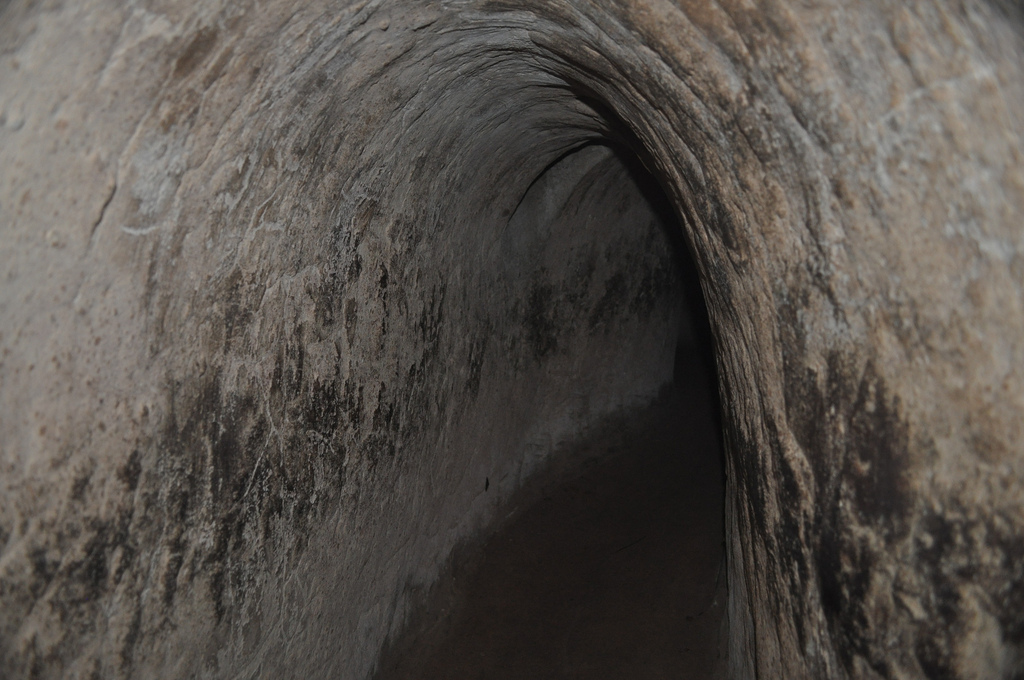 The Cu Chi Tunnels had been around since the 1940s, but they were developed much further as American troops began to flex their military might in the early 60s. Very narrow, they were built quickly and efficiently without much room for comfort. This led to the nickname "tunnel rats" because they literally had to crouch or crawl through the small, cave-like spaces. Today, local guides are available to take you through sections of the underground network to demonstrate how civilians and military personnel moved about. 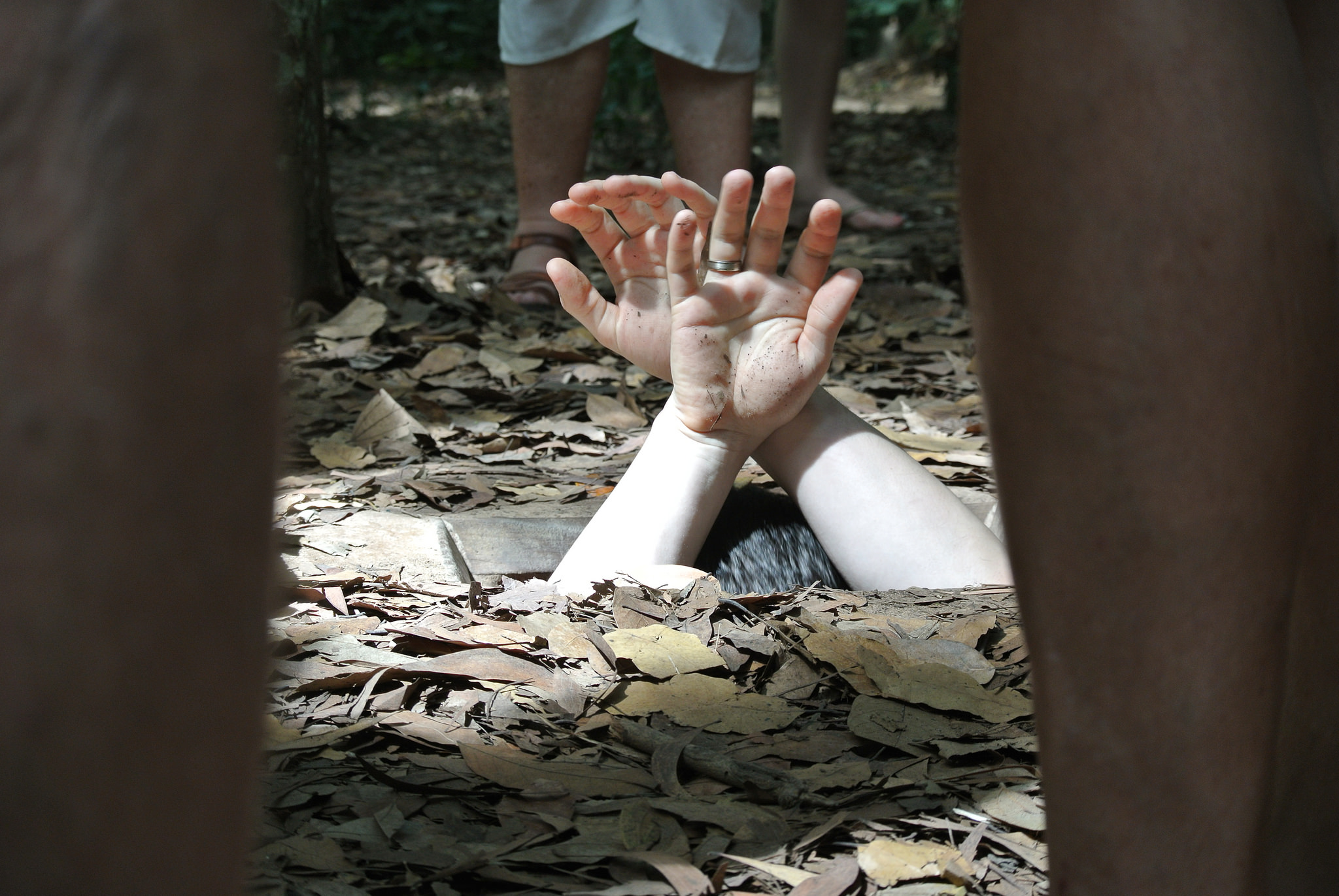 At its prime, the network of Cu Chi tunnels stretched from the South Vietnam capital of Ho Chi Minh all the way to the Cambodian border. Small sewer-like openings were placed strategically throughout the dense jungle so soldiers could get in and out. These were concealed with dirt and leaves to check if the coast was clear before exiting. More hands on tours allow travelers to try squeezing through the narrow openings, but don't feel be discouraged if you don't fit -- the Vietnamese are known for their small stature. 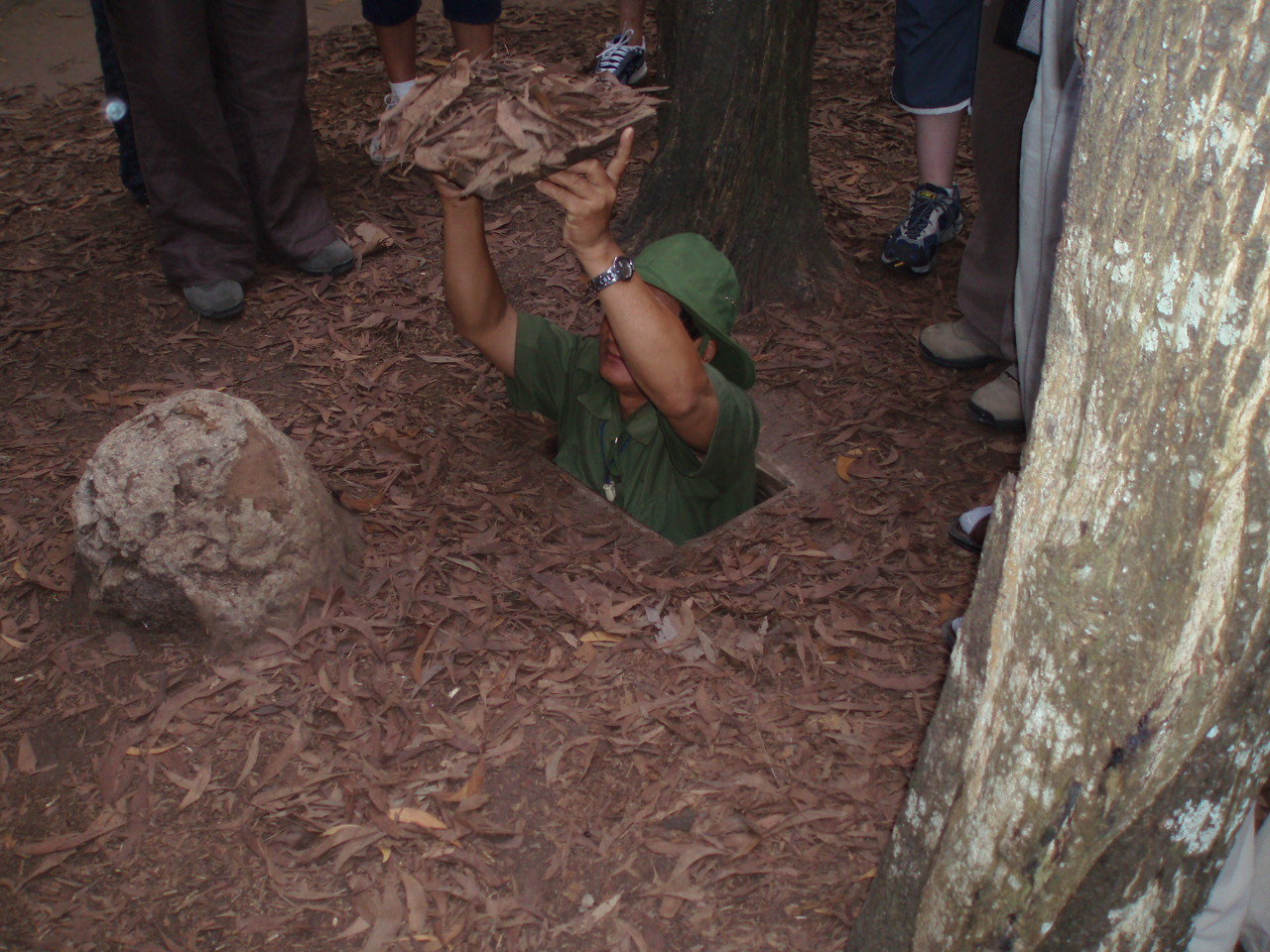 The Ins and Outs for Travelers

The best bet for foreigners is to find a tour group based in Saigon. Larger companies offer half-day excursions that include transportation (about a two-hour drive from the city) and lunch at a reasonable price. However, if you want a more authentic experience, you can brave the local buses on your own and hook up with a group at one of the tunnel entrances. While the tunnels may look the same as they did in the 60s, they have since been reinforced with stronger support beams for safety and, in some parts, widened to better accommodate tourists (so don't worry if you're not having a skinny day).