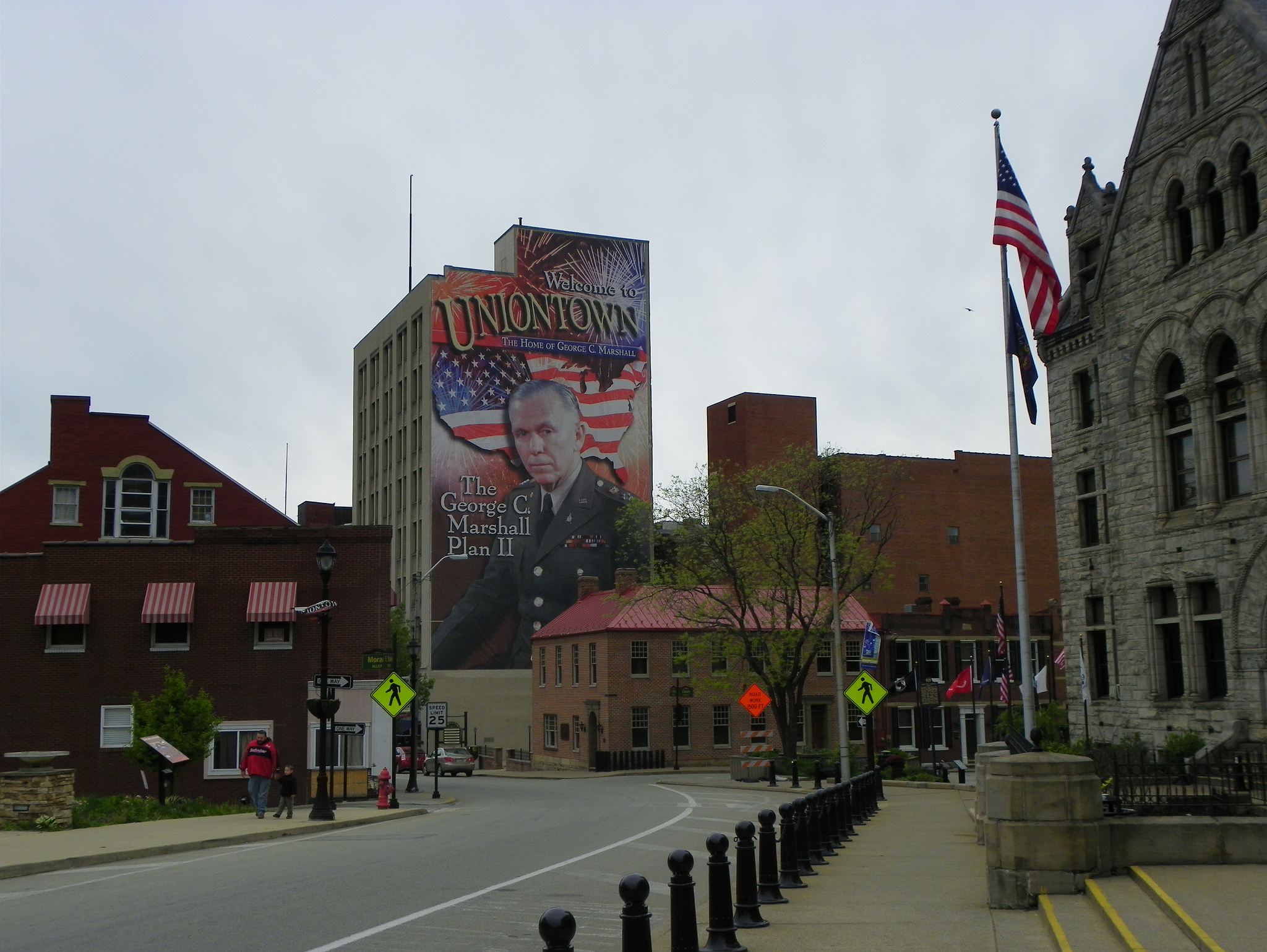 The Historic National Road starts in Cumberland, Maryland and travels through Pennsylvania to Wheeling, West Virginia. It was the first national federally funded highway to help open westward expansion when Congress approved it in 1806. Today, the 620-mile road including extensions to Baltimore and west to St. Louis roughly following U.S. Highway 40 and connecting the Potomac and Ohio rivers.

The first battle in the French and Indian War was fought in the area where the National Road was paved in Pennsylvania. Colonial troops led by a then-22-year-old Colonial George Washington were defeated in the Great Meadow at Fort Necessity, 11 miles east of Uniontown, Pennsylvania. That battle began a seven-year fight between Great Britain and France and paved the way for the American Revolution. Later, trails used by the troops during the French and Indian War were used as a permanent link to the West and the route was dubbed America’s Main Street from the early 1800s through the 1900s. You can spend as little as a few hours or two days exploring the route.

Congress selected Cumberland, Md., as the starting point for the National Road due to its proximity to Washington, D.C., and its pass through the Allegheny Mountains called the Narrows. In Cumberland, you can see Canal Place and the Western Maryland Scenic Railroad. Next, stop in La Vale at the La Vale Toll House, the only remaining toll house in Maryland along the National Road. Visit Little Meadows to visit Tomlinson’s Inn, which catered to travelers on the road including President James Polk and William Henry Harrison. Jesse Tomlinson, a veteran of the Revolutionary War, built the inn in 1816.

Cross into Pennsylvania and stop in Addison at the Old Petersburg Toll House, one of six original toll houses the National Road. It’s the only native-cut stone tollhouse still standing in the United States. Then head to Fort Necessity National Battlefield, where you can see where George Washington led his forces in one of the most famous battles of the French and Indian War. On site you can find the Fort Necessity/National Road Education and Interpretive Center. You can also find the grave of British Major General Edward Braddock, who died in battle while trying to capture Fort Duquesne. Troops buried him by the side of the road and walked over the grave so there was no trace of it left.

The Searight Toll House is another original toll house where travelers paid their fare while journeying along the road. A stop in Washington brings you to the Pennsylvania Trolley Museum, home to 50 preserved trolleys. Discover the Nemacolin Castle, historic churches built in 1845, the Flatiron Building Heritage Center and the Flatiron and Dunlap Creek bridges, built in the 1830s, in historic Brownsville. In Buffalo Township, you can visit the South Bridge, a 19th century engineering feat.

The original western end of the National Road was in Wheeling. Here you can find Old Town, a neighborhood of Victorian homes that overlook the Ohio River. You can tour two restored homes and visit shops that reflect Wheeling’s turn-of-the-century charm or continue heading west.