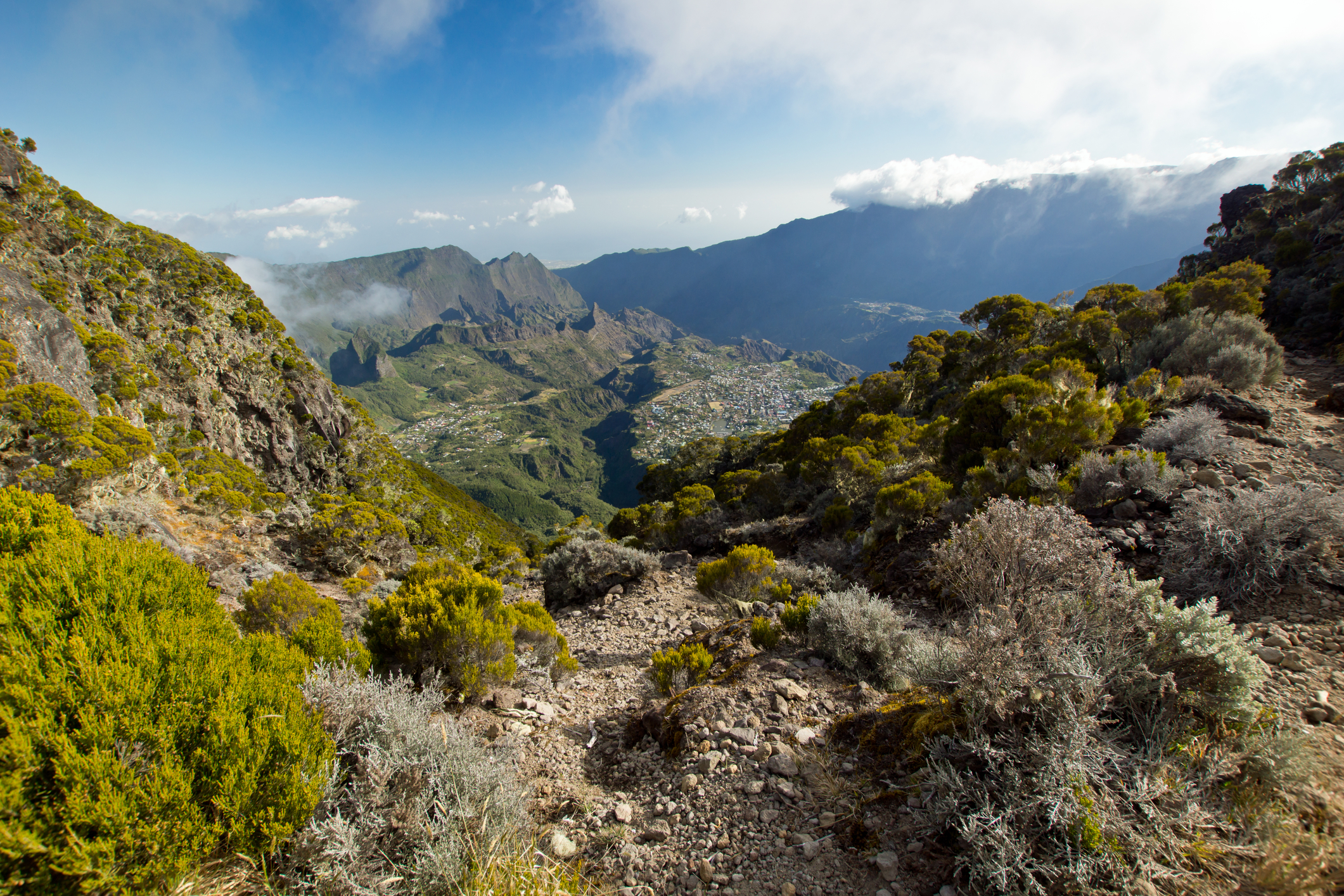 Réunion is one of the 27 departments of France. However, it rests just a few hundred miles off the east coast of Africa, in the southern Indian Ocean. Beginning as a Portuguese discovery, and later colonized by the French, this Indian Ocean gem is one of those tropical destinations that has to be visited at least once. Tourists with a sense of adventure will lap up the Réunion landscape, as the natural attractions around the island are arguably the Southern Hemisphere’s most appealing. From the white sandy beaches that circumnavigate the island, to the soaring cliff faces of the interior’s volcanic calderas, Réunion never fails to delight holidaymakers.

If tourists are into nature, then Réunion will be able to accommodate. The island was formed millions of years ago through repeated volcanic activity. Today, some of the most alluring attractions are a direct result of the Indian Ocean’s tectonic activity. Several massive calderas span Réunion’s interior, providing the perfect landscape for canyoning, hiking, climbing, and mountain biking. This is why Réunion is often referred to as an adventurer’s paradise. Cirque de Salazie and Cirque de Cilaos are considered to be the most beautiful calderas on the island. Away from the interior, Réunion’s white-sanded beaches and aqua blue water create the ideal atmosphere for beach-lovers. As the island isn’t overly large, tourists can just hop on a tour bus and visit one of the inspirational mountain lookouts in the morning, and be back for a swim before sundown.

Accommodation in Réunion can be found in the major cities, such as Saint-Denis and Saint-Pierre. However, there are also lodgings, including mountain cabins, located outside the city centers. There is only one five-star hotel on the island, located close to the beach in the city of Saint-Gilles L’Hermitage. Apartments are a great idea for tourists traveling with a family or a group of friends.

Many tourists agree that Réunion’s culture adds a special dynamic to the destination. Its splendid mix of Chinese, African, European, and South Asian influences have led to a modern melting pot of cultures, with a variety of food, dance, and musical genres to soak up. The night life is rather chilled, but cities like Saint-Denis, Saint-Pierre, and Saint-Gilles do boast several ‘lively’ clubs.

There are two international airports on Réunion: Roland Garros International Airport near Saint Denis, and Pierrefonds Airport near Saint-Pierre. However, the majority of flights are handled by the much larger Roland Garros Airport. African, Asian, and European destinations are connected to Réunion via these two airports. Getting into Réunion by boat is also possible, as two shipping routes connect the island to Mauritius via Madagascar. Of course, cruise ships regularly dock here nowadays.

For a tiny French department, Réunion has a well-conditioned highway and road network. The main highway circumnavigates the coastline of the island, with double lanes for each direction. Tourists need to be more careful when traveling towards the inner part of the island, as roads become single-lane, often without a shoulder. Never underestimate the amount of time needed to reach a destination. Traffic jams are common, as road blockages continuously occur because of volcanic or tropical storm activity.