For the Yankees out there, you may be wondering what a honky-tonk is. In it’s purist form, any country bar with live music. Why don’t they just call it that? Your guess is as good as ours. All we know, Nashville is brimming with them. Just head to Broadway and 2nd Avenue and you’ll find the heart of Music City with so many options it’ll leave your head may be spinning.

Here are five Nashville honky-tonks that are sure to get your boots tapping. 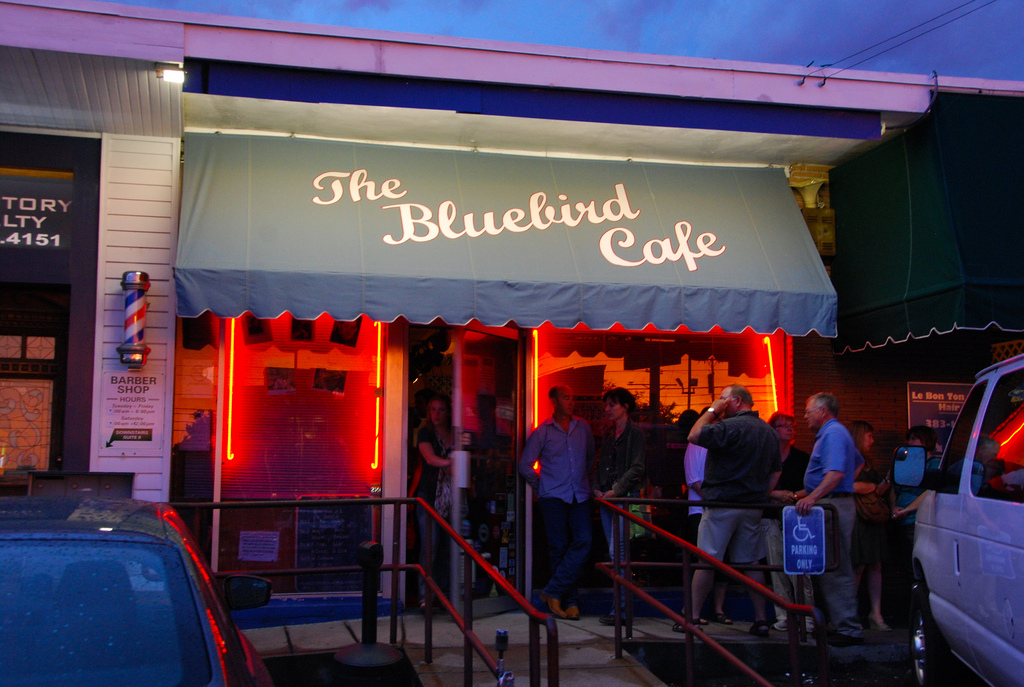 The Bluebird is a small, intimate cafe and listening room that has left a major imprint on the Nashville music scene and also the TV show. With live performances every night, you never know who you may run into at the Bluebird, from big name artists like LeeAnn Rimes and Phil Vassar to the newest headliner just waiting to be discovered. And because of its location outside of downtown in an area called Green Hills, you're more likely to rub elbows with local industry folk than the tourist in the ten-gallon hat. 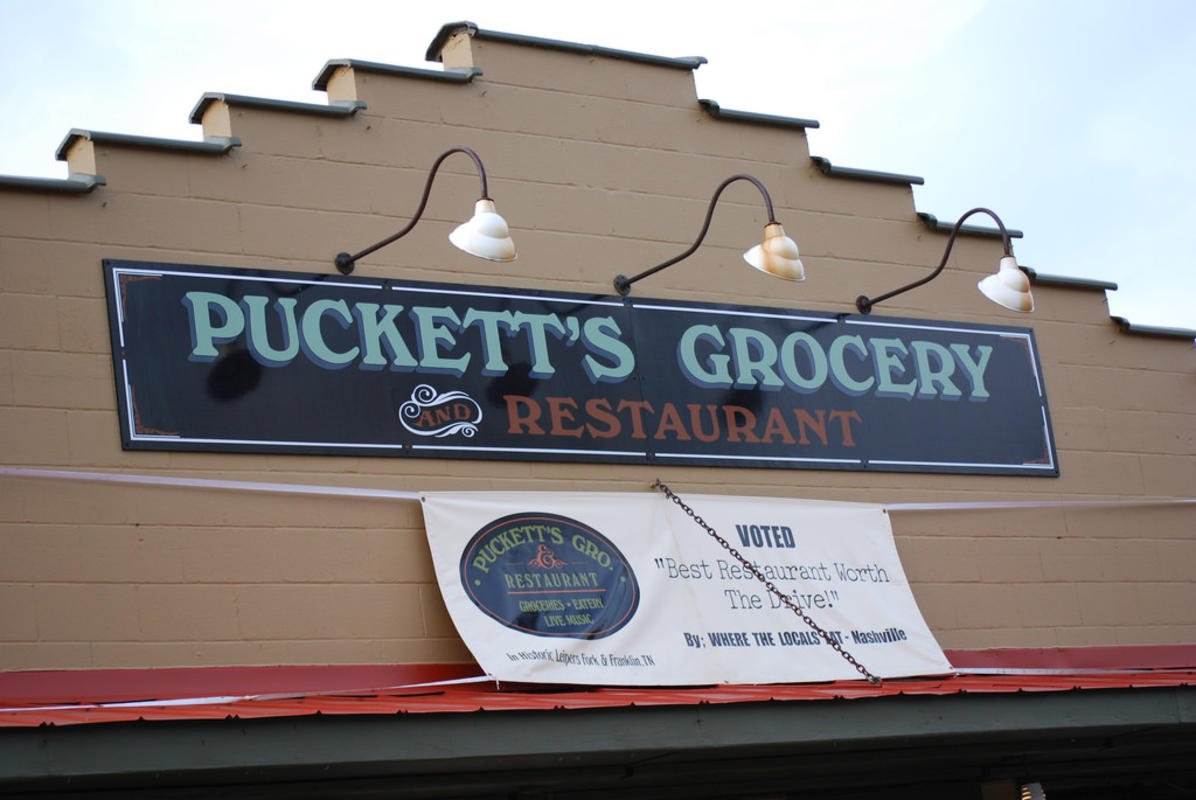 Pucketts Grocery started out as a small but well-known country store in nearby Leipers Fork in the 1950s. Community members would come from all over to buy everything from groceries to gas, and were especially fond of the downhome cooking. Pucketts was purchased in 1998 and turned into a restaurant and music venue. Featuring the same time-tested Southern grub, each of the three locations has a stage where you can catch country’s most promising future stars six days a week. 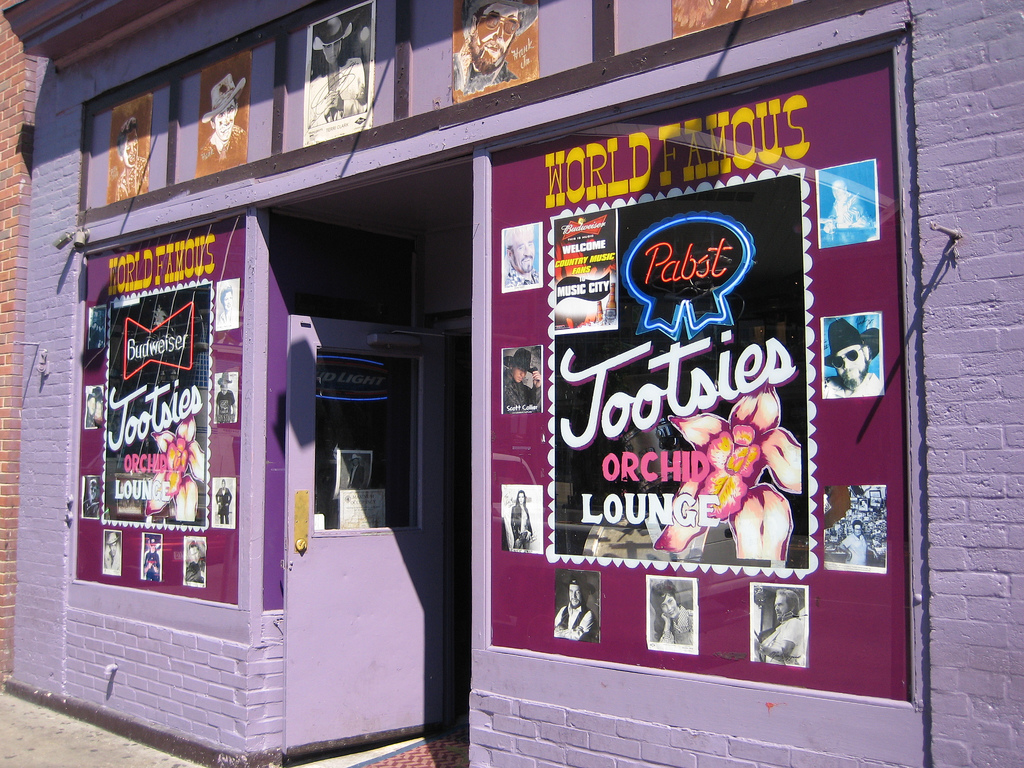 Tootsie's is so synonymous with Nashville that it's likely the first thing you'll see when you step off the plane. And despite it’s expansion into the airport and another location further afield in Panama City Beach, Florida, everyone knows the original on Broadway is a staple of downtown where it’s been since the 60s. A legend in its own right, it’s even has been featured in and inspired several country songs and hosted just about every singer and songwriter in the industry. In fact, Willie Nelson got his first songwriting gig after performing at Tootsies. If you're only going to visit one honky-tonk in Nashville, Tootsie's Orchid Lounge should be it. 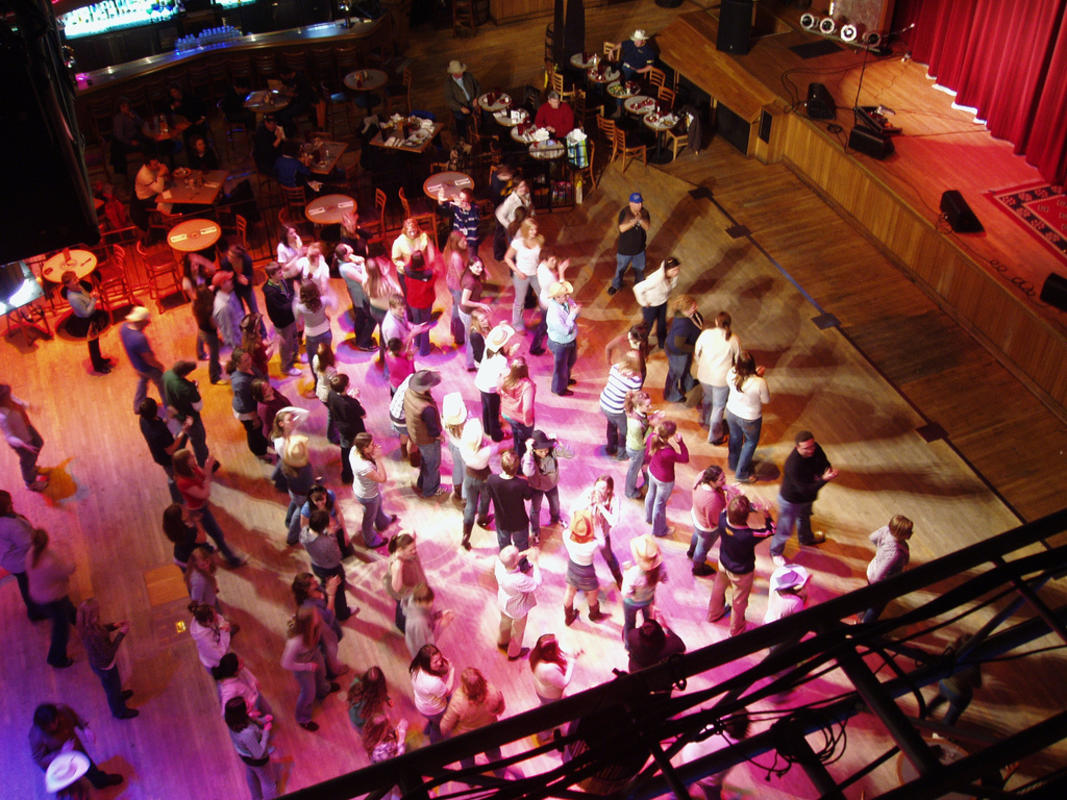 The Wildhorse Saloon on 2nd Avenue is a favorite for it’s free line dancing lessons as much as it’s live music. It’s a great place to see local acts as well as international superstars such as Ringo Starr and Etta James. They also boast the best fried pickles in town. So, if learning the Boot Scoot Boogey is on your bucket list, this is the honky-tonk for you. 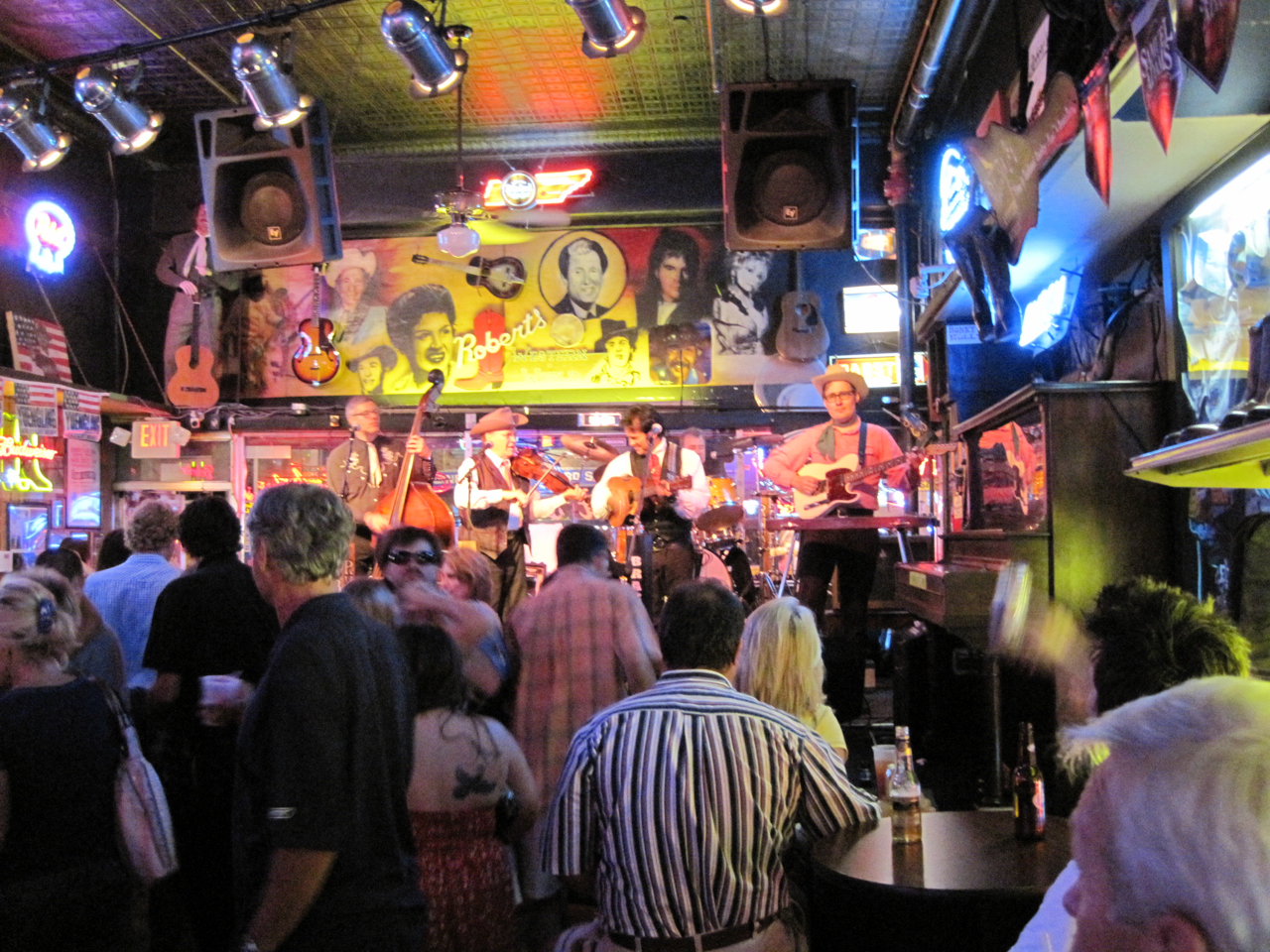 Robert's Western World is self proclaimed "hillbilly heaven." A western wear store by day turned honky-tonk by night, it’s basically a one-stop shop for your quintessential Nashville experience. Try on a pair of boots and settle into a comfy spot to enjoy a PBR and fried bologna sandwich while listening to the house band, Brazilbilly, which is a unique blend of traditional country with Latin flair. Who knows, you may even find yourself bellied up next to Tom Petty or Rascal Flatts. Many Nashville celebrities have been known to pop into Robert's Western World unannounced for a no questions asked night on the town.

Nashville lives up to its Music City moniker, and between the singers, songwriters, dance lessons, boots, and fried foods, is a strapping good time for all.