London Eye: Celebrating the "Wedding of the Century"

Who would have thought that the biggest television event of the year wouldn't be a sporting event, but a wedding? A world audience of over a billion people is expected to watch the union of Britain's Prince William of Wales and his bride Kate Middleton as events unfold in London on April 29th and Americans have become especially obsessed. With everyone from the major networks ABC and NBC to cable channels Lifetime and E!, royal wedding specials are all the rage. even BBC America is joining in on the fun, having just premiered a series called "Royally Mad," that follows five Brit-obsessed Americans as they navigate their way through London leading up to the wedding of the century.

Just what is it that has everyone reeling? Sure, it could be that this wedding has been a long time coming (William and Kate have been dating for more than eight years) or it could simply be that everything about it feels extravagant and otherworldly. From the guest list, which features basically every member of the royal family and American favorites like Elton John and rapper Kanye West, to its historic location of Westminster Abbey, the royal wedding is every woman's dream and then some.

Here we give you a breakdown of what to expect during the ceremony to end all ceremonies. 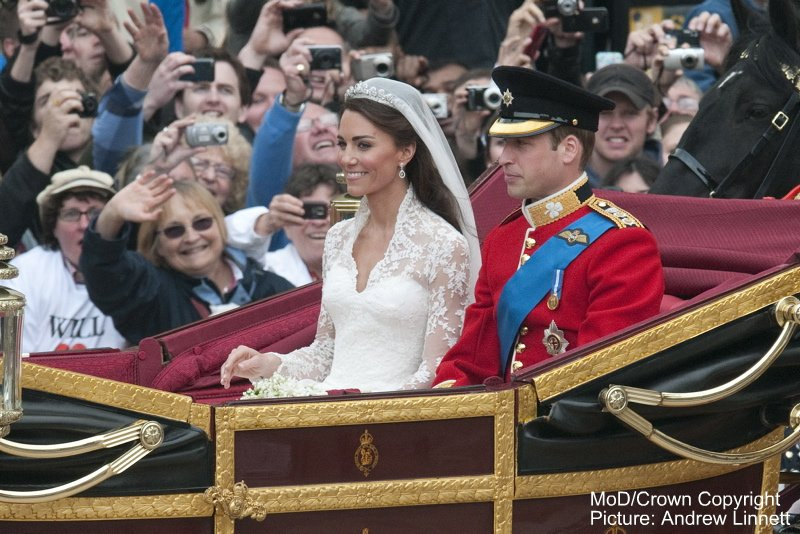 According to some media analysts, the royal wedding is expected to be the most expensive celebrity wedding of all time, costing British taxpayers upward of $20 million dollars.

Royal officials announced the engagement in early November 2010 to the delight of those in Britain and the world alike. The proposal took place on the Kenyan ranch of a friend of William's from university and both Kate and William have since described the event as "very romantic." Keeping the royal jewels all in the family, William proposed with the same platinum and 18-carat blue-sapphire diamond that his father, Prince Charles, gave to his mother Lady Diana Spencer in February 1981. Diana had chosen the ring, which cost 28,000 GBP at the time, from a selection presented to her by London's renowned Garrard Jewelers. "This was my way of making sure that my mother didn't miss out on today," William said later as the couple posed for photographers inside St. James's Palace to announce their engagement to the press.

The Bachelor and Bachelorette Parties

While details of both Prince William's bachelor party or "stag" party as the Brit's call it and Middleton's bachelorette or "hen" party were kept highly under wraps, there were still a few tidbits to emerge in the press. William's bash was apparently a fairly laidback, private affair with the guest list reportedly including 20 young men. The list included William's close friends from school, Thomas van Straubenzee and James Meade, as well as nightclub owner Guy Pelly and some of the Van Cutsem brothers, old family friends of William and his father Prince Charles. London's Daily Telegraph speculates that the party took place at a country house close to the Van Cutsem family's estate in Norfolk, England.

Not to be outdone, it was rumored that the princess-to-be had not one, but two bachelorette soirees. Kate's sister and Maid of Honor, Pippa, planned a Dirty Dancing themed event that took place at the Middleton family home in Bucklebury, Berkshire, England, with the girls' mother Carole in attendance. In addition to the gala in Bucklebury, Pippa also arranged a second bachelorette party in London for Kate and her friends, but little is known about where the event took place. To ward off press, Pippa supposedly booked four venues and although guests weren't even told of where they were going, the future Queen has been said to have some favorite local pubs, including Eighty-Six, a trendy bar in Fulham, West London, and a nightclub called Public, located in Chelsea. 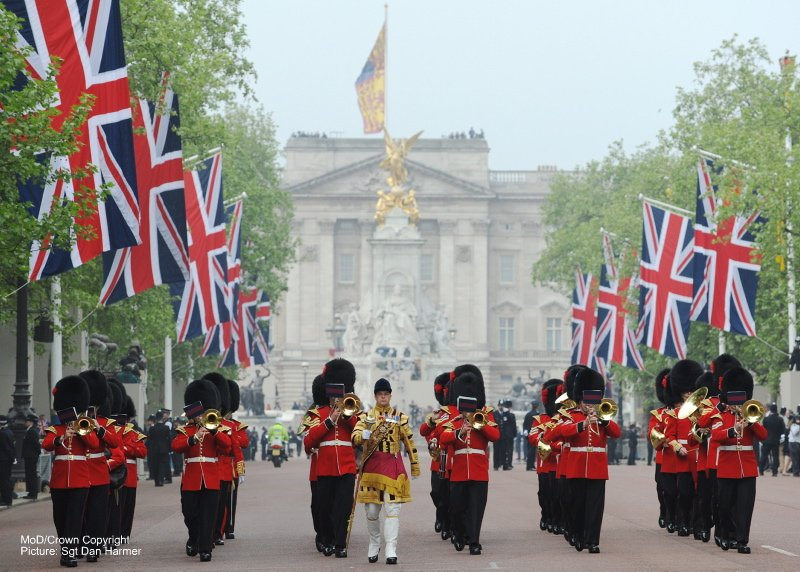 Save-the-dates for the Royal Wedding were sent to guests by fax, but full handwritten invitations embossed in gold were sent to 1,800 friends and family members of the couple. Guests to the Royal Wedding are separated into three tiers: those invited to the ceremony, the reception, and the after party. Along with celebrities like David and Victoria Beckham and film director Guy Ritchie, other possible attendees include four of Prince William's ex-girlfriends and two of Kate's ex-loves. Missing from the guest list? U.S. President Barack Obama and First Lady Michelle, who are expected to watch the ceremony from the White House.

Perhaps the most sought-after detail of the wedding and the one that has been kept the most highly under wraps, are those surround Ms. Middleton's dress. The public won't catch glimpse of the gown until the big day, but rumors abound about who will design the dress. It is rumored that Bruce Oldfield, who designed Queen Rania of Jordan's dress and was one of Princess Diana's favorite designers, may have a hand in the matter, but fashion writers and bloggers have their own ideas. Perhaps the most speculated front-runner in the past month is British designer Alexander McQueen, but British oddsmakers Ladbrokes seem to think that Daniella Issa Helayel, the Brazilian founder of the Issa fashion label, will get the honors. Middleton has a long history with the label, choosing a stunning blue dress tailor-made by Helayel to the wedding of William's friend Harry Meade, as well as selecting one of her designs for her first official photos as royal fiancée. The royal blue wrap dress sold out immediately after Middleton was photographed.

Fittingly, the ceremony will be held in the legendary Westminster Abbey, the official church of the royal family. The church is expected to fill to capacity at 2,000 people, with the majority being made up of royals and government officials instead of personal friends. William and Kate will continue the line of Royals who have used the Abbey for their biggest occasions. It has been the coronation church of choice since William the Conqueror was made King William I there in 1066 after the Battle of Hastings. Queen Elizabeth II's coronation was the 39th in the abbey, which is also the final resting place for 17 heads of state. Prince William's grandmother and great-grandmother were married there, as was Prince Andrew to Sarah Ferguson. It's safe to say that William and the future Queen will definitely be in good company.

After the wedding ceremony at Westminster Abbey, the new couple will weave their way through some of the city's most historical parts in a horse-drawn carriage until they reach Buckingham Palace, where the royal wedding reception will be held. The route isn't long, but the carriage will go by many famous sites, including Parliament Square, Whitehall, Horse Guards Parade and Buckingham Palace, where the bride and groom are expected to wave to the public from the balcony. RAF trumpeters will perform a newly composed piece of music as a fanfare at Westminster Abbey while the royal couple sign the register and it is the first music they will hear as a married couple. The piece is called Valiant and Brave and was composed by RAF Wing Commander Duncan Stubbs on his home computer.

The royal wedding reception will be held at Buckingham Palace and will include an elegant dinner party hosted by Prince Charles. 600 guests have been invited, with William and Kate each inviting 100 personal guests. Royal Chef Mark Flanagan is expected to oversee the preparation of food for the event and he is no stranger to large-size events. Buckingham Palace serves about 550 meals to the royal family, staff and guests on a daily basis.

The royal wedding will go out with a bang with an "after party" for Prince William and Kate's personal friends. Only 300 people, mainly friends from college, have been invited to attend the celebration, which is expected to be capped off with a DJ and dancing. It is traditional for royal brides to leave their bouquets at the grave of the Unknown Warrior at Westminster Abbey, so don't expect a bouquet toss. Lady Elizabeth Anson, the queen's cousin, has been commissioned by the royal couple to help plan the event, as she is the founder of London-based events company Party Planners. Her resume includes an impressive list of clientele including former President Bill Clinton, Tom Cruise, Mick Jagger, Sting, and, of course, members of the royal family.

4 Celebrity Homes You Can Actually Rent