Every fall, the southern hemisphere's glitterati descended on Hamilton Island and more specifically, on the Great Barrier Reef for the Audi Hamilton Island Race Week. Lasting a little over a month from mid-August through mid-September, celebrities and stars gather in the Whitsunday Islands for Australia's biggest sailing extravaganza held at the exclusive qualia resort on the northern tip of Hamilton. Almost 200 yachts enter the regatta, which runs over seven days around the Whitsunday Islands. It is estimated that 2,000 bottles of champagne and sparkling wine, 8,400 strawberries, and 12,000 oysters are consumed during this week. 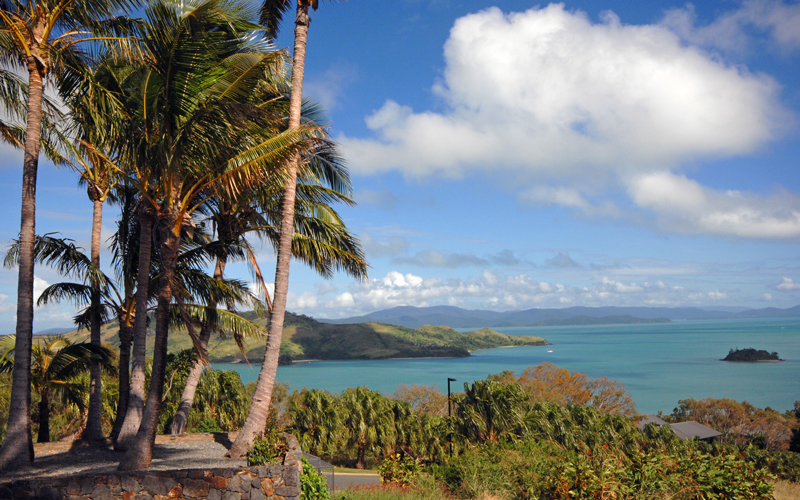 But not everybody who visits the island is famous. Hamilton is accessible to all guests, year round with flights from all over Australia or drive to Shute Harbour for the 40-minute Fantasia cat trip to the Whitsundays. Hamilton is the classy lovechild of Rosemount Estate winery billionaire Robert Oatley, who has developed the island infrastructure since he effectively bought it in 2004. There are several accommodation options, starting with the luxurious 18-story Reef View Hotel, where raucous sulfur-crested cockatoos colonize the balconies peering over Catseye Beach and the neighboring islands of Fitzalan and Whitsunday. Here it is easy to pass days of hedonistic luxury puttering around the island in a buggy and re-energizing with a magical massage at Wumurdaylin spa using organic Waterlilly products, drinking cocktails around several swimming pools, and even cuddling sleepy koalas in HI Wildlife Park. 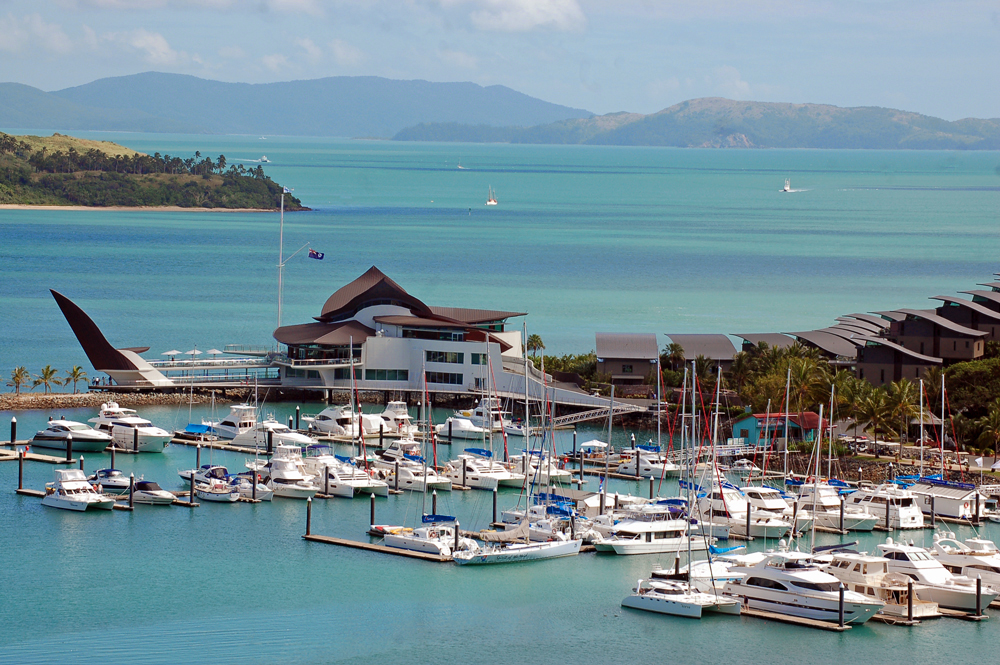 For more private escape, qualia is a divine resort created by Aussie architect Chris Beckingham, a magical enclave hidden under an imported canopy of trees on the north-east tip of the island. The guesthouses are scattered around the hillside; inside they are all teak, mahogany, and marble, with sea views from long picture windows. On the complex is also a sleek restaurant, breakfast area, infinity pool, and bar, all with glorious views over qualia's private beach.

There is no need to step foot outside this slice of paradise as all needs are amply and discreetly catered for; except maybe you should to dine at Bommie's, the island's leading restaurant. Located in the harbor-side yacht club and constructed of angles resembling sails, the eatery serves top-quality Australian cuisine such as a feast of belly pork cooked three ways and gigantic Moreton Bay bugs enjoyed against a romantic backdrop of the marina.

Other plush accommodations options encompass salubrious 1-4 bed apartments overlooking Hamilton Island Yacht Club. Beautifully appointed in soft earthy colors, with every conceivable designer accessory, they surround a private swimming pool and are a step away from the sedate ambience of the stores and restaurants of minute downtown Hamilton Island.

There's plenty on Hamilton Island to keep everybody amused; activities in the resort kick off with fitness classes at 6.15 am and fill the whole day with kayaking, bingo, buggy rallies, water volleyball, and snorkeling off Catseye. Adrenaline-filled cruises to Whitehaven Beach on board the catamaran On The Edge lead to picnics on the spotless white silica sands. On neighboring Dent Island there is the spectacularly sited 18-hole Hamilton Island golf course - with views of surrounding islands magnificent enough to distract any golfer - and complete with the clubhouse, where terrific al fresco feasts of scallops and barramundi are served up.