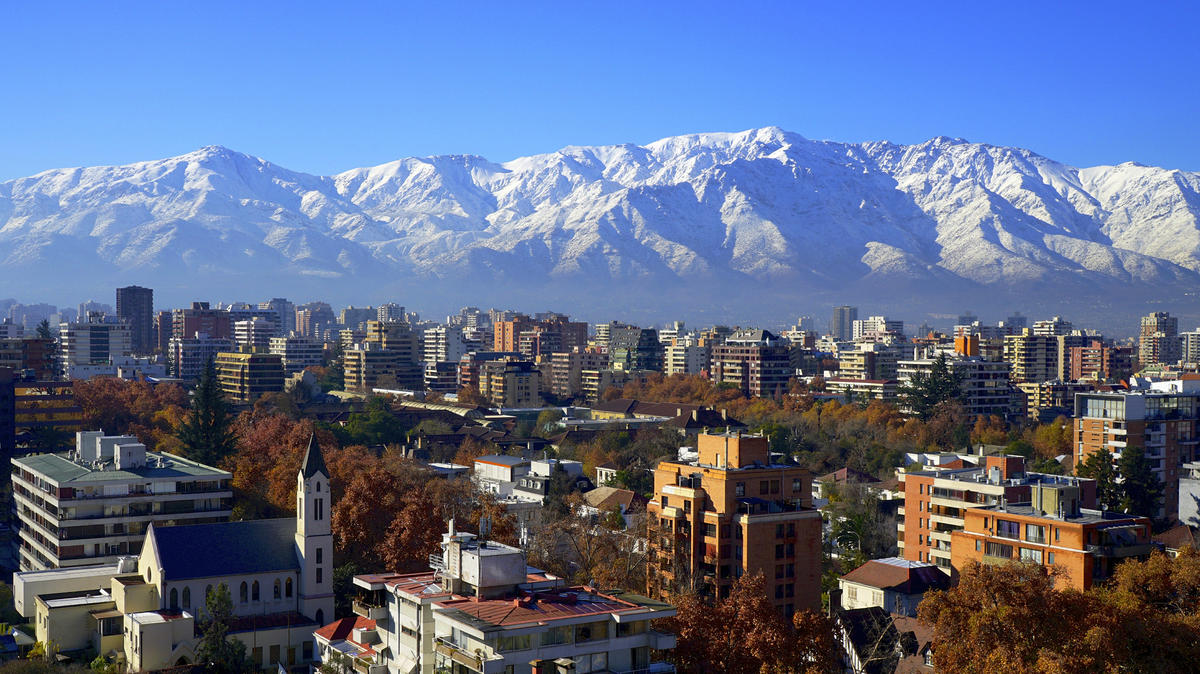 Chile has been more poetically described by astrologers as “the country that teaches the stars” thanks to their unique arrangement of mountains and sea conducive to some of the clearest night skies on the planet. The same landscape is home to a fascinating blend of Spanish and Mapuche indigenous culture and stunning beauty. Chile has many national parks with breathtaking scenery, including Torres de Paine with its famous three peaks and Alerce Costero National Park, home to a 3,700-year old tree. The sparse desert landscape is home to ancient rock monuments and natural wonders such as Moon Valley and Easter Island, known for its odd stone statues.

Chile’s capital, Santiago, is a good place to get a feel for the artists, politicians and people who had a hand in shaping the nation. A trip around the bohemian Bellavista district then up to the top of the Cerro San Cristobal provides close-up perspective, while the 72 foot statue of the Virgin Mary stands as a testament to the legacy of Spanish colonization on the largely Catholic population.

Travelers should book accommodations in advance, particularly during December or January - which is not only Chile’s peak summer season, but a time when many locals are on holiday and prices go up. Budget hostels, mid-range hotels and five-star spa resorts are all readily available and parks often have camping or log cabins to rent. Chile has a delicious cuisine, although there are lots of Spanish, French, Indian, and Japanese restaurants for any craving you may have.

While some arrive overland from neighboring countries, the majority of visitors come to Chile through Comodoro Arturo Merino Benítez International Airport in Santiago. It is Chile’s busiest international hub and a major air gateway for domestic flights to all corners of the country. Those exploring Chile by bus, car or bicycle should strongly consider taking the scenic route. Tours through Casablanca Valley wine growing region are popular, as is the hair-raising, but breathtaking Route 11 which goes from sea level to the Bolivian border at 14,764 feet.

Click here to learn about Things to Do in Chile