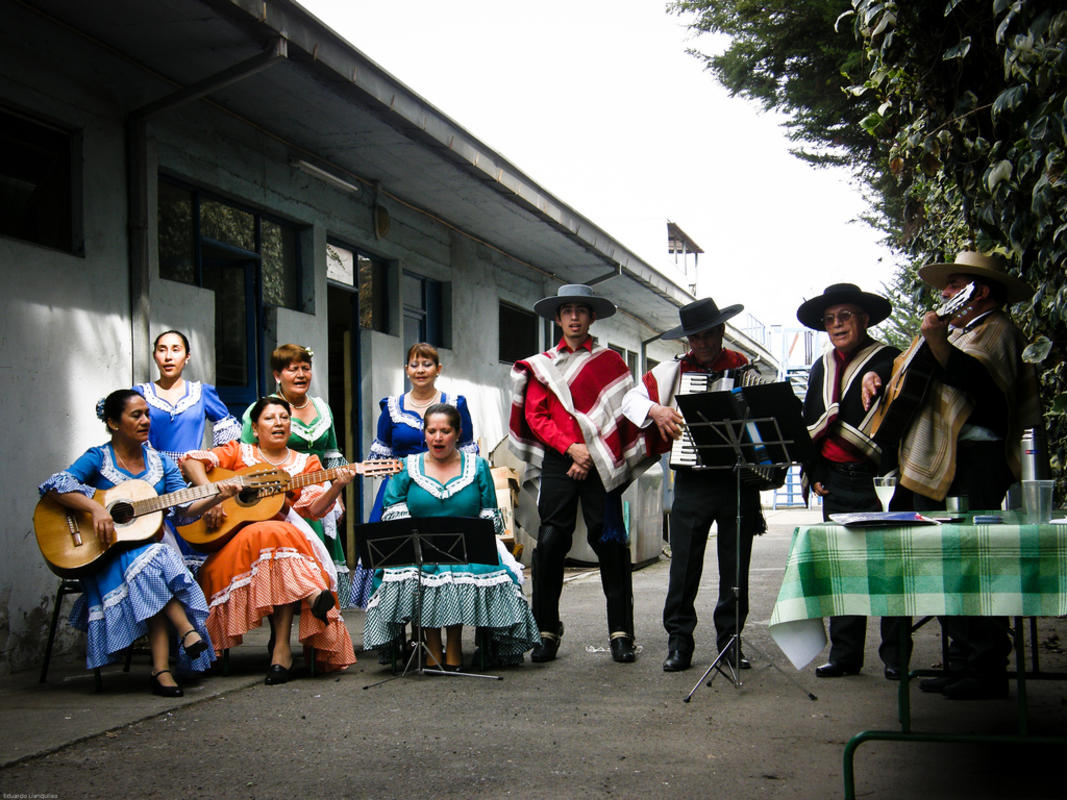 Chile holidays include a number of national celebrations and festivals throughout the year, often driven by historical events, agricultural traditions or the Catholic religious calendar. Their strong indigenous heritage is often blended into Catholic traditions, producing rich and meaningful celebrations.

Easter Island has been holding its ten day Tapati Festival at Rapa Nui in February every year since 1975. The celebration of local culture involves teams of youth engaging in traditional body painting, swimming and canoeing competitions to crown a festival queen. Young men demonstrate physical strength in a Haka Pei competition which involves tobogganing over banana tree trunks at great speeds downhill.

The last weeks of March harvest see a proliferation of festivals paying homage to Chilean wine. Curico’s Grape Harvest Festival is one of the most impressive, involving a religious ceremony to bless the first pulped batch of grapes, a colorful parade, the crowning of a harvest queen, and stomping competitions.

The Día de las Glorias Navales takes place on May 21 each year to remember the death of Captain Arturo Prats, a national hero in the Iquique naval battle against Peruvian vessels in the War of the Pacific. Residents of the coastal cities deck out small boats with Chilean flags and cast flowers into the sea to commemorate the event.

Festival of the Virgen del Carmen

From June 12-17 every year, the small town of La Tirana in the Atacama desert hosts the Fiesta de la Tirana, also known as the Festival of the Virgen del Carmen. One of Chile’s most anticipated events, it is characterized by musicians playing drums, flutes and whistles while dancers clad in macabre carnival style masks and costumes enact the diablada (dance of the devils) to exorcise demons. The festival also pays homage to Chile’s patron saint, the Catholic Our Lady of Mount Carmel, represents a blending of local indigenous and Catholic traditions and beliefs. People with indigenous heritage make processionals to the Virgin’s sanctuary, take part in masses then rejoice in street parties with stalls selling handicrafts and food.

Chile’s indigenous people follow an ancestral calendar which has New Year on the night of June 24, the winter solstice. The event celebrates the cycle of life, giving thanks for past harvests and ushering in a period of rest and renewal. The Mapuche festival of We Tripantu (return of the sun) is perhaps the best known of the celebrations and is observed in the southern rural regions, particularly in Temuco city’s main square and the hill of Santa Lucía (Huelén) in Santiago.

Chile celebrates its independence through the Fiestas Patrias on September 18 each year. Street stalls and temporary thatched armadas are erected from tree branches and other materials to house dance floors, bands and tables. Celebrations include parades, music, dance competitions, traditional Chilean food, and rodeos where two horsemen attempt to correctly coral a calf in an arena for points.

Christmas Eve is a family event on December 25 characterized by gift-giving, eating fruitcake called pan de Pascua and drinking a concoction of spirits, milk, sugar, coffee and cinnamon called cola de mono. Christmas trees are decorated with fake snow and a nativity scene. Christmas Day is a public holiday when the faithful attend mass and sing carols. Feasting is a large part of the celebration and, as the festivities take place during summer, many go to the beach or take part in other outdoor activities like hiking or rock climbing.

New Year’s festivities are celebrated on December 31 with gusto in Chile. Valparaiso hosts a three day festival culminating in the amazing “New Year’s by the Sea” event featuring the biggest New Year fireworks display in Latin America, witnessed by up-to a million visitors who flood the shoreline and hillsides with a bay view. The event is accompanied by a level of good humored superstition and luck-bringing rituals, ranging from wearing yellow underwear, placing money in a shoe and walking around the block with luggage to attract travel. Negative past events are written on paper and released or burned, while wish lists are hidden away for the future. Visitors may also see revelers eating lentils or one grape for each of the twelve bells of midnight, or drinking champagne from a glass containing a gold ring for good luck.