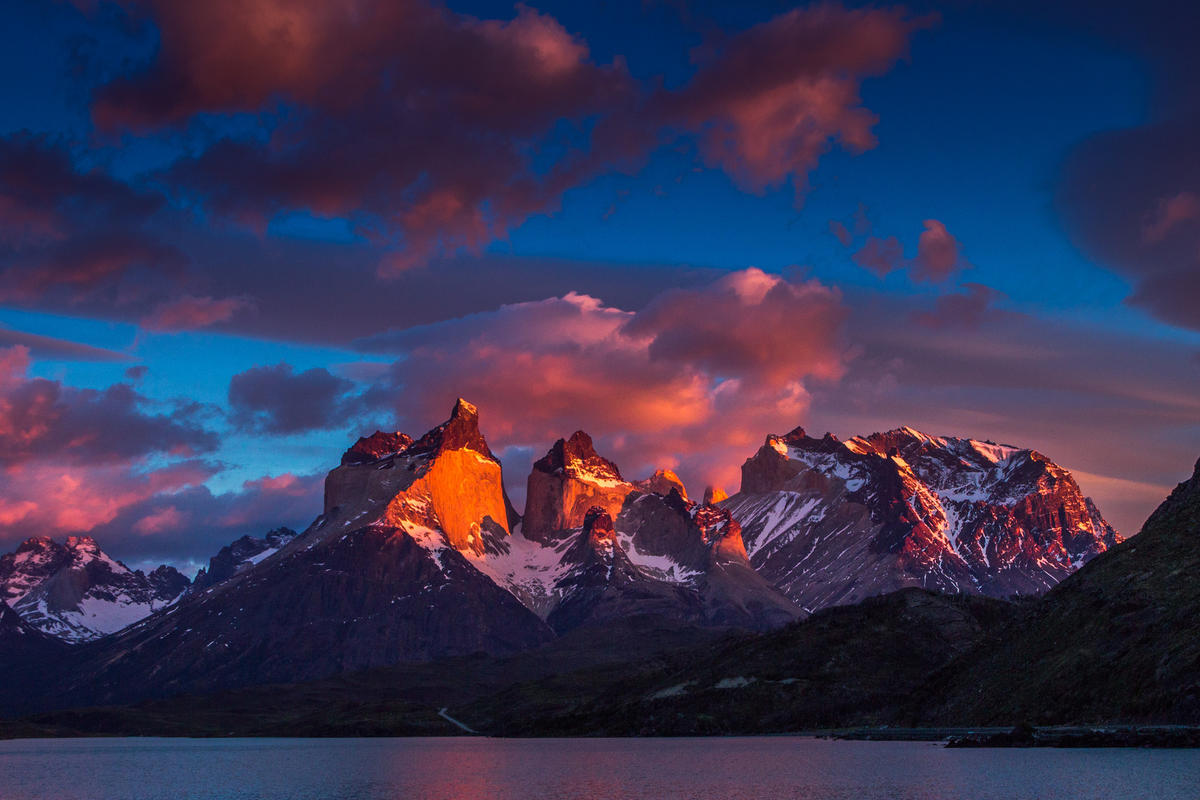 Chile is a long thin country with mountains and oceans that contribute to there being about seven different weather systems across the region. The north has a dry desert climate, covered mainly by the Atacama Desert, while central Chile enjoys a Mediterranean climate, which becomes a rainier temperate environment in the south and a humid sub-tropical climate on Easter Island. There are four seasons with summer running from December to February, followed by autumn March until May. Winter lasts from June through August relieved by the arrival of spring in September. Visitors will note that the seasons are the opposite of America and Europe due to the fact that they’re in the southern hemisphere.

Summer temperatures in the main city of Santiago see average daily high of about 84°F, while winter averages about 39°F. The mountainous Lake District and Chilean Patagonia both remain cool most of the time with summer averages only around 52°F. By contrast, the Atacama Desert is hot and dry all year round although nights can get quite chilly.

December, January and February are the summer months in Chile, and also the high season for tourism. Remote areas are more accessible and most attractions are open. However, summer is also over Christmas and New Year breaks, so many locals are also on holiday and transportation and hotels are at their peak.

October and November are pleasant with moderate temperatures and spring flowers in bloom. June and July are the coldest and wettest months. Atacama’s consistent climate makes it ideal to visit at any time of year.

Those planning to visit Easter Island should avoid the wet season between May and June. The shoulder months of later November and early March are a good time to visit as the weather is usually nice and prices may be lower than in the summer high season.

Click here to learn about Festivals and Events in Chile