After his ship Endurance became trapped in Antarctic ice and sank, Sir Ernest Shackleton sailed from the continent to South Georgia in a lifeboat and then crossed the island on foot to reach a whaling station and bring rescue to his crew. Not a single man was lost. The tale of Endurance is one of the most fascinating of the Heroic Age of Antarctic Exploration. 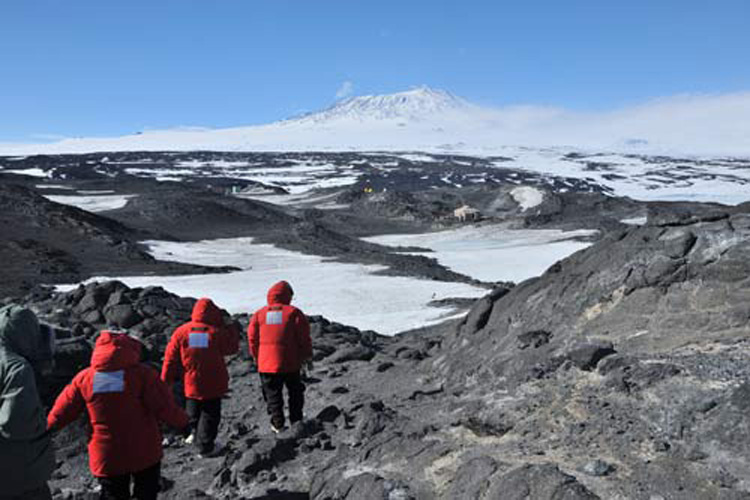 Anchored overnight in Fortuna Bay, we slept fitfully, waking briefly with mild panic attacks knowing that we had foolishly put our names down for the (dramatic chords) SHACKLETON WALK… The stark reality was a group of 70 of us on a cold beach at dawn staring up at a vertical slope of greasy grass, knowing that another 1200 feet of frozen mountain lay between us and the ship, even now steaming out to sea, oblivious to our plight. We zigzagged, we toiled, we slogged, we boiled, we yomped and tromped and were almost foiled, but at last we reached the unforgettable panorama of Stromness Bay stretched out below us, where National Geographic Explorer waited patiently for the lame and halt to limp the last mile downstream to the beach.

We passed a pathetic column of slugabeds coming up the valley and smiled to think that they were still eating breakfast when we had conquered our first summit. They had walked inland to the waterfall where Shackleton, his stalwart Kiwi captain Frank Worsley and the indestructible Irish crewman Tom Crean abseiled down for the last mile to Stromness, to summon help for their stranded shipmates on Elephant Island. At last we reached the beach, our long trek’s end, where we were entertained by a delegation of juvenile delinquent fur seals romping in the shallows. 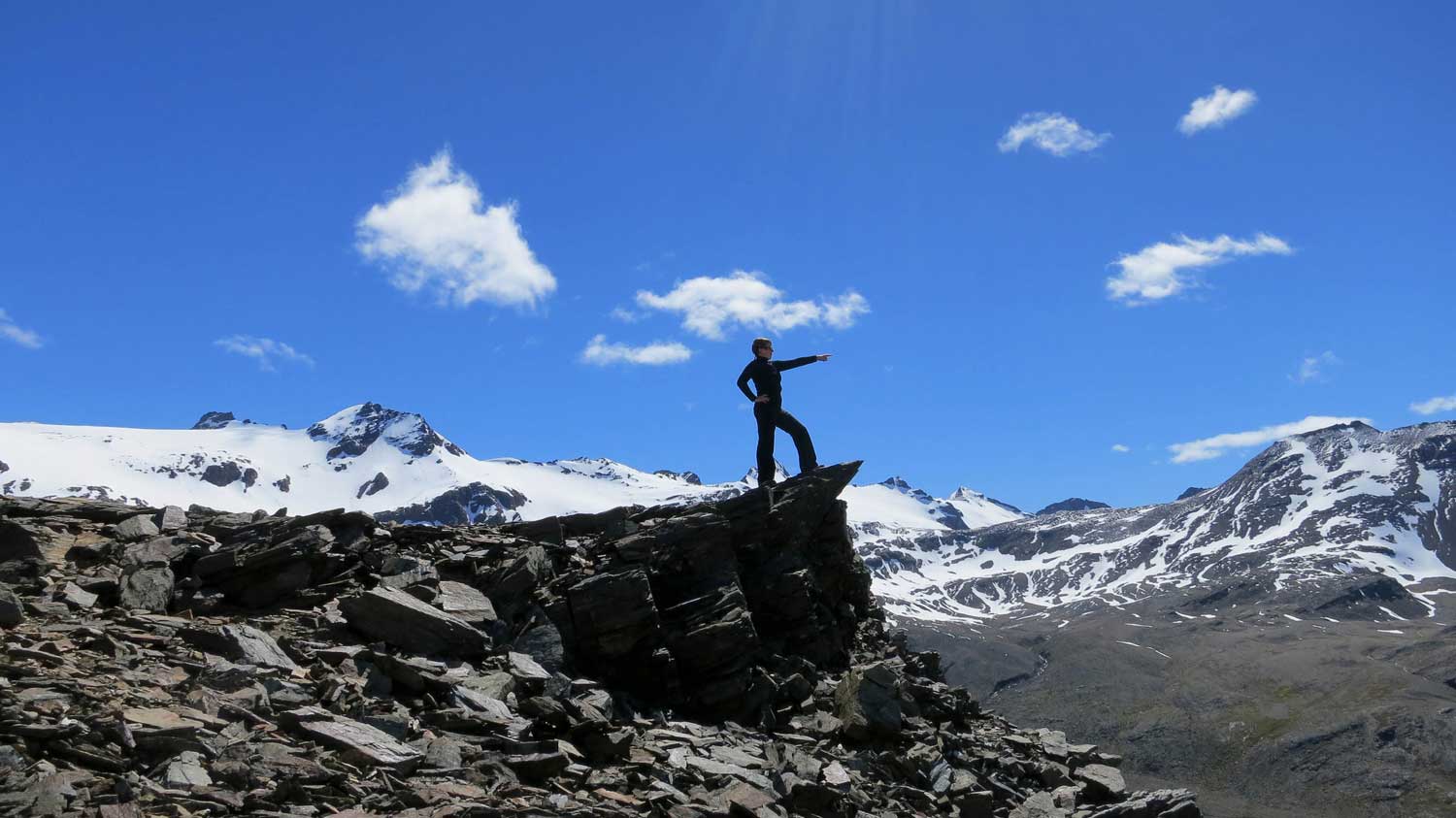 In the afternoon we completed our homage to Shackleton by landing at Maiviken and walking the two miles up over the hills to Grytviken; through fur seal-infested tussock grass, up moss and fern valleys, past a mountain tarn, over a windswept col with glorious views of Mt. Paget, a shawl of billowing cloud over its summit, then finally down rocky slopes to the whaling station.

Past Carl Anton Larsen’s beautiful church, past the giant tanks for whale oil, the boilers, the flensing platform and out to the white-fenced enclosure of the whaler’s cemetery. Here, around Shackleton’s grave, on the exact anniversary of his burial, and reinforced by a suitable libation, we toasted “The Boss” and his incredible tale of survival and dedication to rescue his loyal shipmates. Our own extraordinary voyage of discovery here in Antarctica has forged a similar camaraderie on board our ship; but cosseted by cushions, catering and comfort, we can only marvel at the rigors they endured to escape the perils of precipice, ocean and ice.