Penguins are One of the Main Reasons to Visit Antarctica

There are 17 species of penguins in the world, all found in the southern hemisphere. Seeing them in the wild in abundance is among the top reasons to visit Antarctica.

Around the Antarctic Peninsula, it is very common to see gentoo, Adélie, chinstrap emperor, and sometimes Macaroni penguins. The brush-tailed penguins are all really quite similar in their markings and habits, but they are easily differentiated. The gentoo is the largest of this group and stands about 80cm (32in) tall. It is a basic black-and-white penguin, but has a prominent white triangular patch above each eye and brilliant orange-red markings on either side of the beak, and a black throat. It is interesting to note that this species is the least common of the Antarctic penguins, but has been spreading farther southward in the peninsular region within recent years, probably because of the increase in average temperature, extended breeding season, and less sea ice now found there. 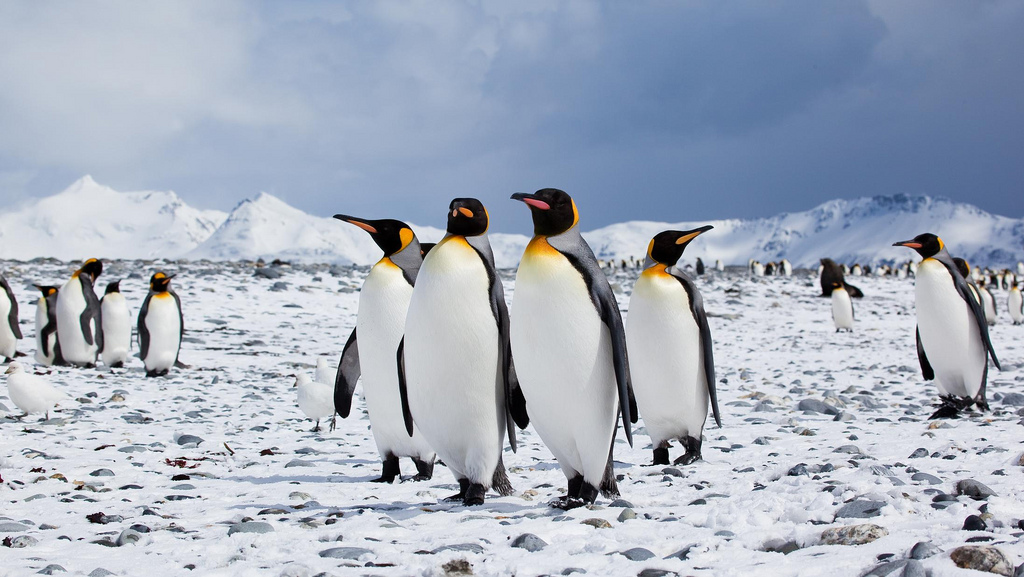 Adélie penguins are entirely black and white, with no bright colorful markings. It does have an obvious white ring around the eye, as well as black throat. It reaches a length of about 65cm (about 25in). This species commonly forms huge colonies during the breeding season, often numbering in the hundreds of thousands.

The Chinstrap penguin is very similar to the Adélie penguin in markings and size, except the adult chinstrap has a white throat with a thin black line delineating the bottom edge of where the black throat marking would be…if it were similar to an Adélie. Like the Adélie, this species also commonly forms huge colonies…sometimes numbering in hundreds of thousands or even millions. 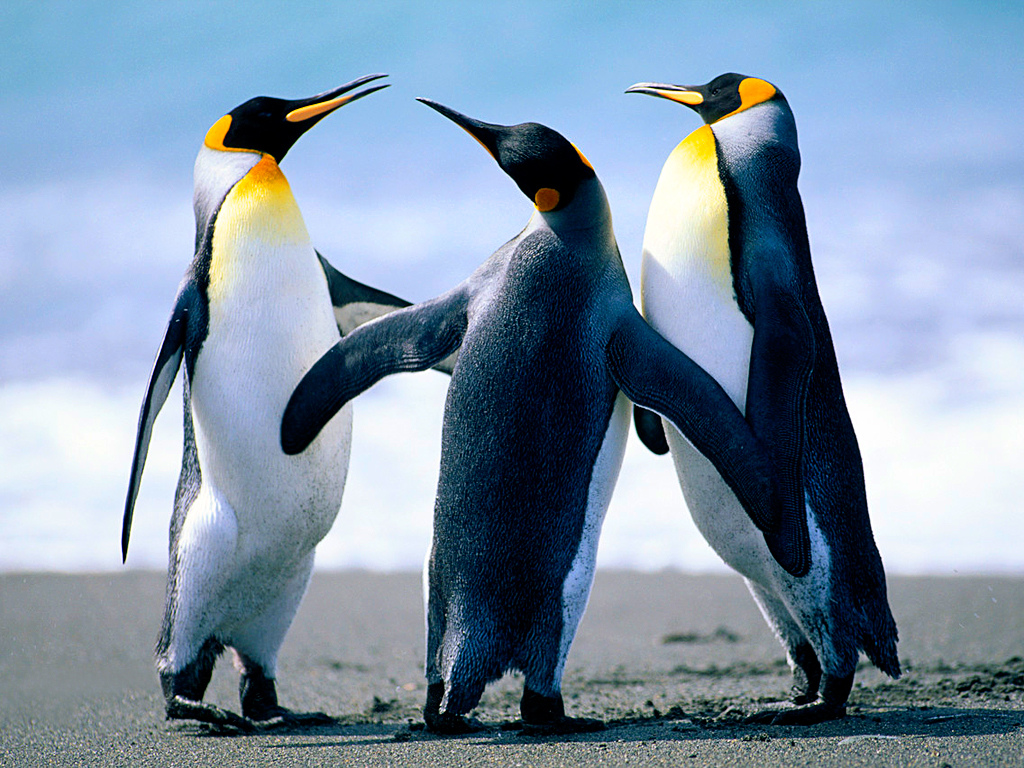 Sighting the emperor penguin is always an exciting event. This is the largest penguin, standing at nearly 120cm (about 4ft), and is usually encountered singly or in small groups on sea ice. It is closely related to the king penguin and has a somewhat similar appearance, although it is much more massive for its size than the king. It also has a similar marking and color scheme compared to the king penguin, but the colors are more subdued. Most of the individuals we see resting on ice floes are juveniles and have not yet attained their brightest coloration.

Other species of penguins — including rockhopper, king, Magellanic — can be seen in Tierra del Fuego, the Falkland Islands, and South Georgia. In fact, one beach on South Georgia Islands is home to a colony of over 200,000 king penguins — one of the world’s greatest wildlife spectacles. Enjoy seeing them waddling about forever in their formalwear.