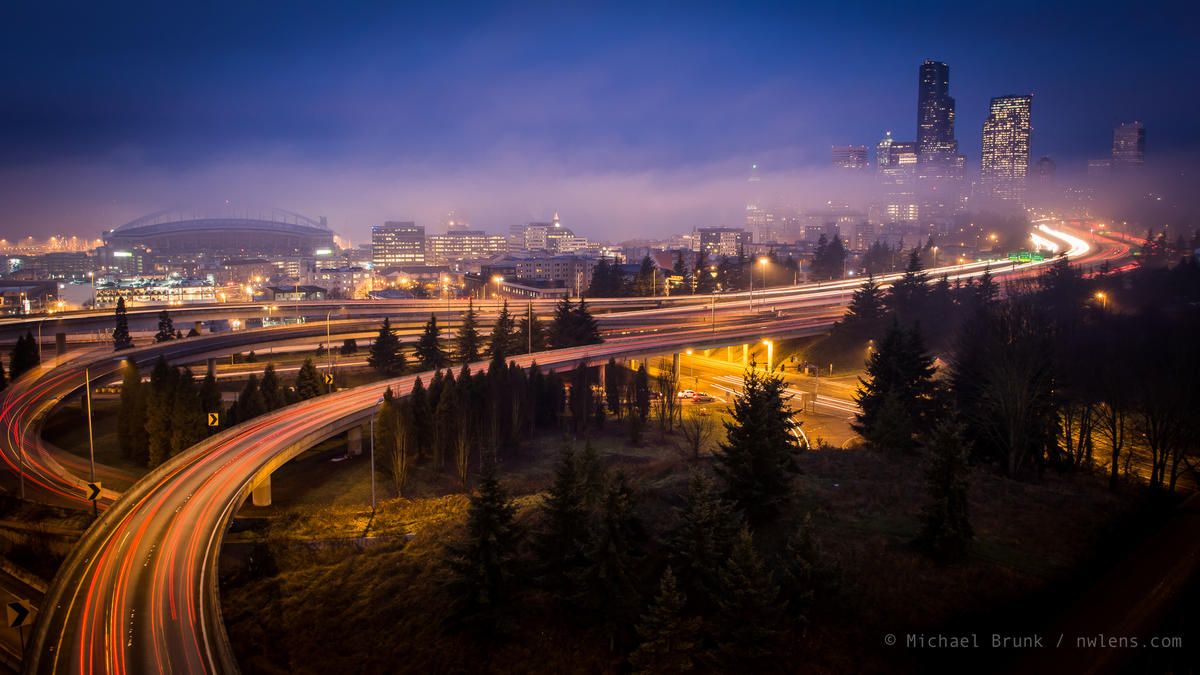 Unless your entire trip will be confined to the city of Seattle, a car is a necessity to move around Washington State. Taxis are plentiful in Seattle, with major companies such as Orange Cab (+1-206-444-0409) providing 24-hour service throughout the city. Taxis in Washington don’t cruise around looking for fares, so keep a phone number handy for a quick pick up whenever needed. On the other side of the state, Spokane’s Super Save Taxi (+1-509-217-4746) is a good choice.

Car rentals are easy to arrange at the airports and most major towns in Washington. The entire state is covered in an excellent network of interstates and rural roads that are very scenic. Winter driving can be tricky when crossing the Cascades as snow is common at the highway passes, so be prepared for inclement weather if driving during the winter months. Good rates are usually available with advance bookings.

All that water around Seattle has created a useful ferry network. Long-distance boats only travel between Victoria, Canada, and Seattle. But the Washington State Ferries company is the nation’s largest, with frequent boats to the San Juan Islands, Olympic Peninsula, and around Puget Sound.

The train makes an excellent way to reach Washington State from other distant cities in America. Amtrak runs three lines that terminate at Seattle’s downtown King Street Station. The Empire Builder line runs east from Chicago, making a stop in Spokane, while the Coast Starlight line runs right up the Pacific coast from San Diego, with stops all along the way including Los Angeles, San Francisco, and Portland. The Cascades line is a high-speed train than runs between Portland, Oregon, and Vancouver, Canada, with a stop in Seattle. Amtrak trains are comfortable but slow. Fares are not cheap but the scenery more than compensates.

The Greyhound bus line is the main company serving Washington State. Its routes follow the interstate highways, offering cheap and easy access to many towns. But it won’t reach everywhere, so the bus is only useful for travel between major towns. Seats on the Greyhound are marginally comfortable and best designed for brief journeys.