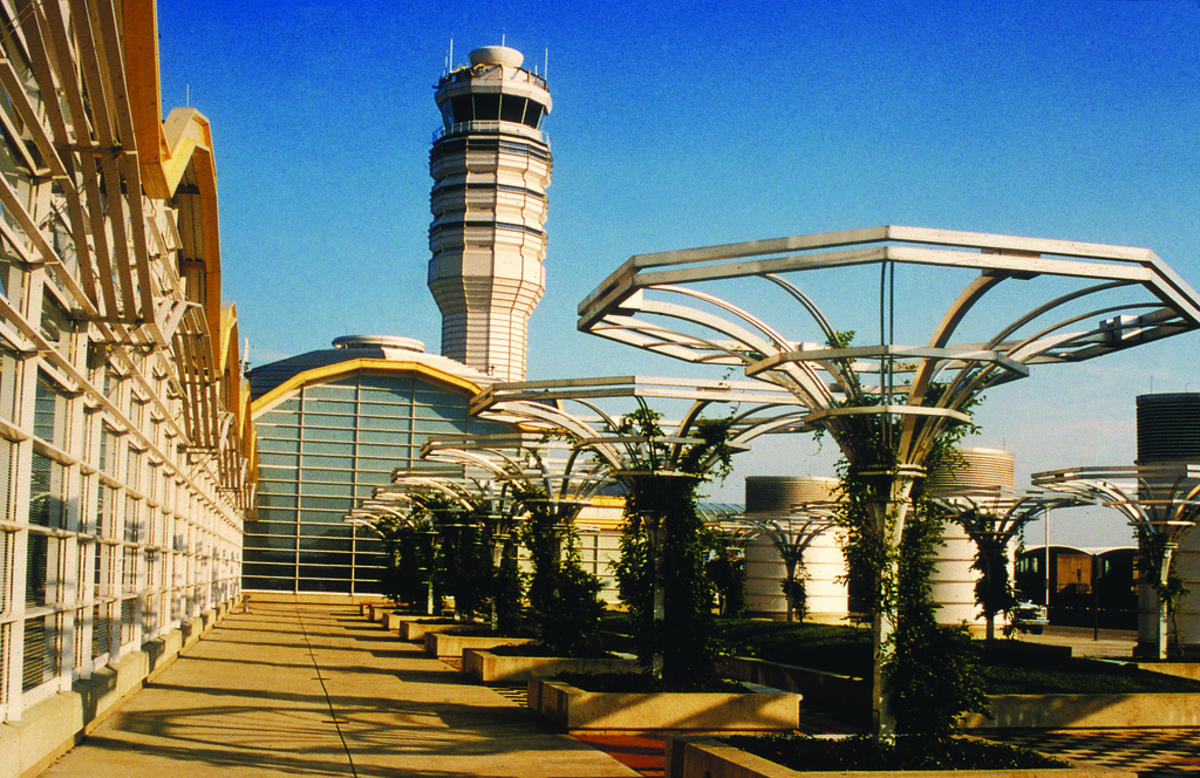 Washington-Dulles is the largest airport in the region, receiving both international and domestic flights on all major carriers. In 2011, it serviced more than 23 million passengers in the DC, Baltimore and northern Virginia area. The airport is located in Dulles, Virginia.

United Airlines has its east coast hub here and is the largest carrier, responsible for more than 50 percent of the arrivals. The airport is connected to cities in virtually every part of the globe, including Europe, South America and Asia. Domestic flights are focused on the east coast, but airlines do fly to major cities in the Pacific such as Seattle, San Francisco, San Diego, and even to Honolulu.

Capital One has a stall at the Main Terminal. ATMs are available at Midfield concourses A to D. Duty-free shopping is available at the Main Terminal. Several restaurants, bars, bookstores, and newsstands can be found at many of the gates. Rental cars are available. The nearest Metro station is West Falls Church Station, which can be reached from the airport by the Washington Flyer Coach Service. Otherwise, Virginia Regional Transit runs buses between the airport and various locations in the area.

Another major airport which may be of service to those traveling to Virginia is Ronald Reagan National Airport, which is located in Arlington. It services the Washington DC, Baltimore and northern Virginia areas, but focuses mainly on North American flights due to its restriction of not allowing any aircrafts that fly over 1,250 miles in any direction.

US Airways is the largest carrier, followed by Delta Air Lines and American Airlines. The largest number of connections come from Atlanta, Chicago and Boston. The airport is connected to many major cities on the east coast as well as to a few destinations on the Pacific. Shops, restaurants and banking services are available. Rental cars, Greyhound buses, taxis, a Metro station, and several shuttle services make transfers to and from the airport easy.