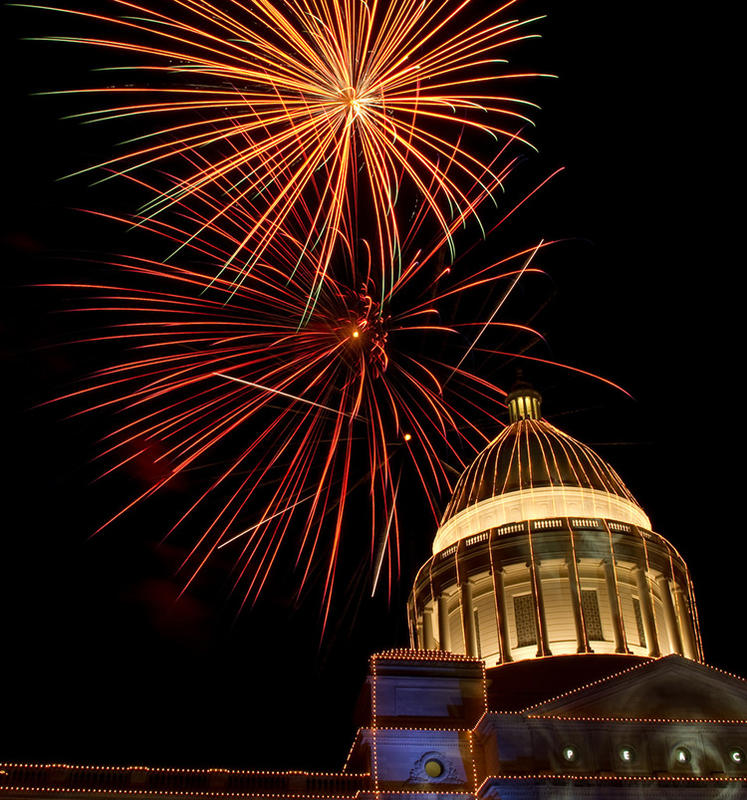 The festivals come fast and thick in fun-loving Arkansas. Most of them center around traditional blues and folk music, crafts, and food. But dig deeper and there seems to be a festival for everything in Arkansas. Little Rock’s Riverfest is the main event of the year, but the Ozark Folk Festival and blues festivals like the Arkansas Blues and Heritage prove that music is an essential part of life in this state and not to be missed. On a broader scale, Arkansas holidays also include touted national events like Halloween and Independence Day.

Little Rock’s most popular (and biggest) festival of the year arrives each May to the Julius Breckling Riverfront Park. There’s hardly a better venue for this fantastic event that covers food, art, and music. More than 100 bands from all genres fill the stages day and night during the festival, including plenty of big name headliners.

Visitors can get a taste of the traditions of Arkansas’ Native American tribes at this annual powwow that happens every mid-June at Turpentine Creek Wildlife Refuge. The weekend events include inter-tribal dance competitions, dance performances, storytelling, and artistry.

Celebrating its 121st year, this fair is one of the country’s oldest traditionals. It’s held just a short drive north of Little Rock and is really something to experience. Fun amusement rides, great home cooking, livestock shows, and music are just some of things on the menu each September in Cleburne.

Every October, around 80,000 fans of traditional blues music make their way to the small town of Helena for one of the state’s top music festivals. For three days, the Main Street sets up five stages for live blues musicians. The event is dedicated to the late legend Sonny Boy Williamson.

Annually on October 31st, one of the state’s most popular festivals comes to Eureka Springs. For four days, this wonderful event ushers out the fall with loads of live music, amazing food, folk dances and crafts, and fun competitions. In its 65th year now, it’s America’s longest running folk festival.