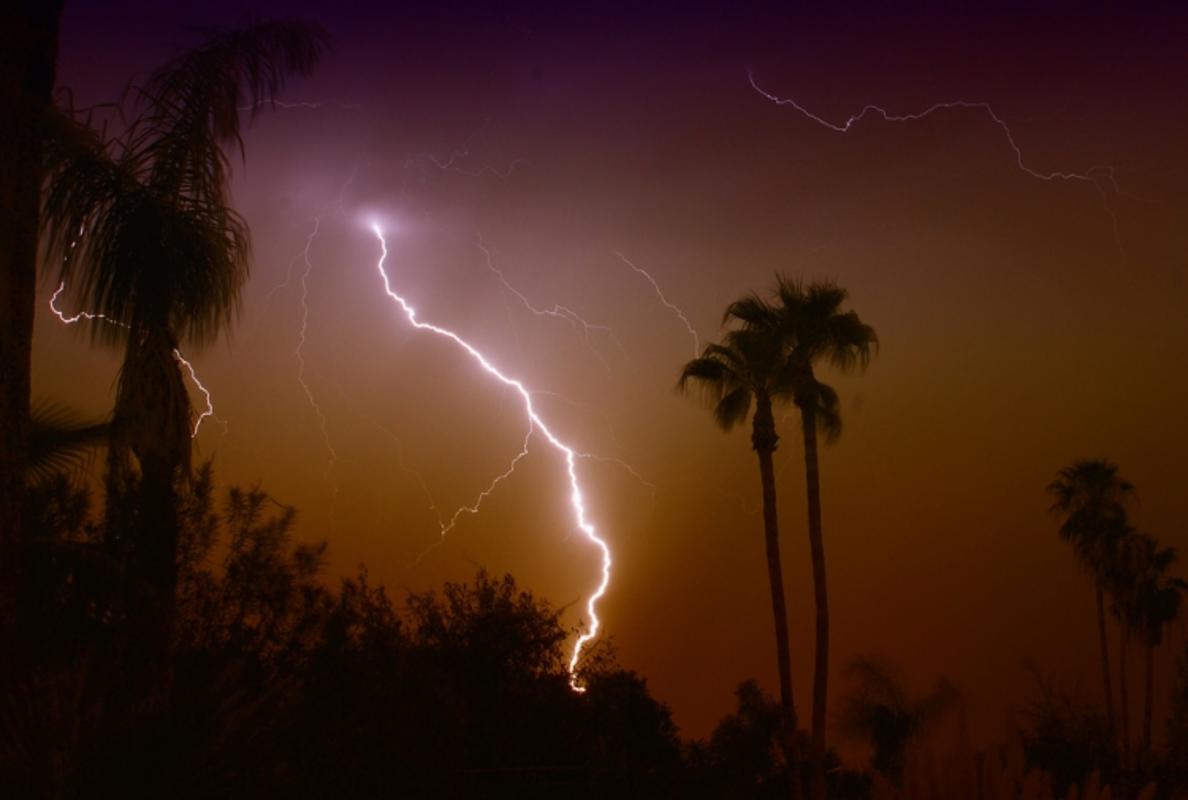 Arizona has two distinct climates that depend largely on the landscape. In the lower desert region around cities like Phoenix and Tucson, hot and dry weather with mild winters dominate. During the summer months (May through to August), temperatures can reach high levels, but generally average around 93°F (34°C). Winter temperatures fall to about 64°F (18°C), but occasionally can drop to around 32°F at night.

The higher elevations of Arizona around the city of Flagstaff see temperatures fall to below 32°F (0°C) during the winter months of December, January, and February. This drop brings snow fall to many areas of the state’s highland region. In summer, temperatures reach warm averages of 80°F (27°C).

Like the contrasting weather between Arizona’s two main landscapes, precipitation is also significantly different too. Each year, the desert regions of South and Central Arizona receive much less rainfall than the mountainous areas. Heavy precipitation in the form of snowfall blankets the elevated region during winter. However, summer monsoons between July and September bring short bouts of heavy rain and thunderstorms to much of southern Arizona. Despite the moisture, humidity levels across the year are significantly lower than in other parts of the United States.

Before arriving in Arizona, visitors should decide what type of holiday they are looking for and then plan accordingly to the local weather conditions. Tourists looking to experience Arizona’s remarkable desert landscape should take a trip during the months of January, February, and March. Sunshine is rampant and temperatures are less severe than those in the middle of summer. Nevertheless, discounted hotel rates are available between June and August, and crowds generally die down in the summer months.

Click here to learn about Arizona's Festivals and Events