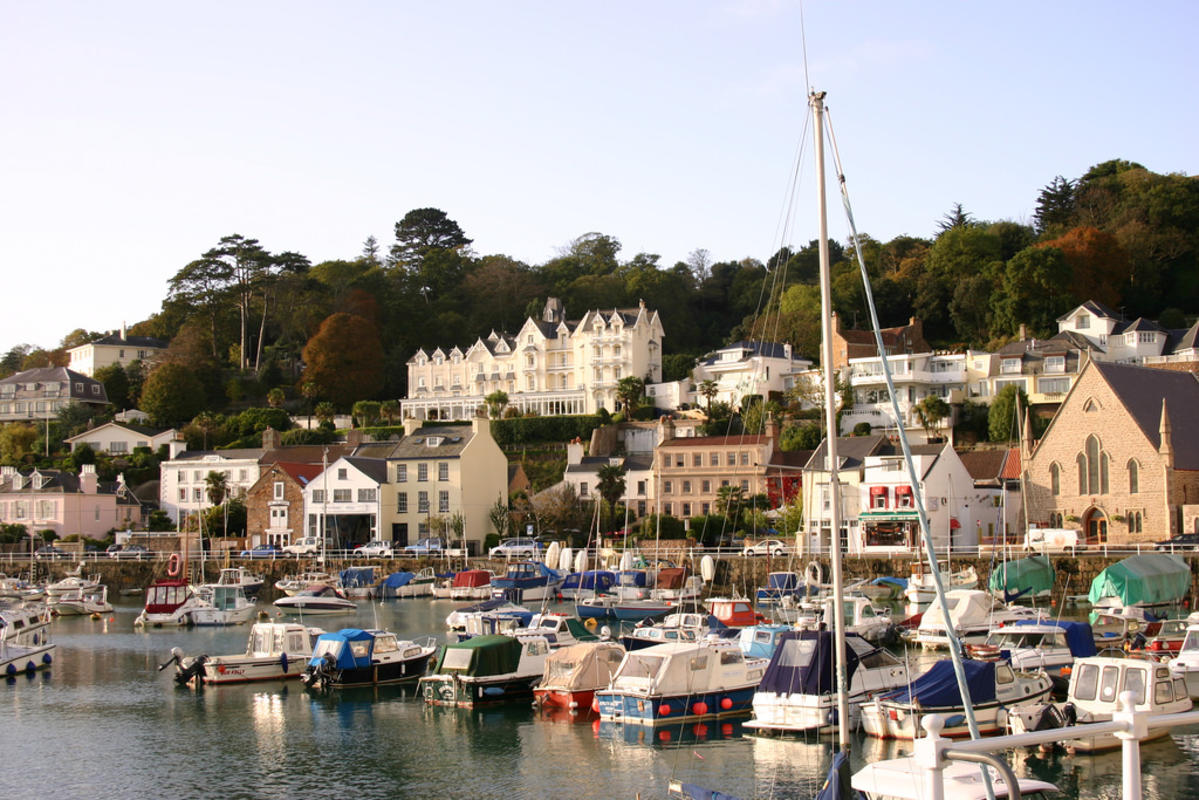 The major highlights in the Channel Islands cover historic sites, museums, beautiful countryside, and popular attractions such as zoos and aquariums. All are easily accessed either on foot or by road. However, a holiday here isn’t complete without a getting-away-from-it-all exploration of the three tiny islands of Alderney, Sark, and Herm, set far off the beaten tourist track via a comfortable boat trip or short flight.

The closest of the Channel Islands to France and with only 2,000 inhabitants, Alderney has managed to avoid mainstream tourism, even though it has its own little airport. It’s diverse and ancient history, stunning small bays and lovely beaches, unique flora and fauna, and enviable lifestyle centered in the small village of St Anne draw visitors looking for a very different vacation experience. Address: Alderney Phone: n/a Website: http://www.visitalderney.com/

In its own way, feudal Sark is the most unusual of all the Channel Islands. Accessed by boat, it’s the fourth-smallest in the archipelago and has its own laws and parliament ruled over by the Seigneur, a hereditary Lord of the Manor figure. Motorized vehicles are completely forbidden, and the main forms of transport are horse and carriage or bicycle. Towering cliffs, land covered in wildflowers in spring, seabirds wheeling over the tiny bays, and dolphins playing in the waves are favorite sights here. During the winter months, visitors arrive for the unpolluted vistas of millions of bright stars sparkling bright in the clear night sky. Address: n/a Phone: n/a Website: http://www.sark.co.uk/

Set three miles from Guernsey, Herm is the smallest of the archipelago’s inhabited islands, measuring just 1.5 miles in length and 0.5 mile wide. No cars, no bikes, no pollution, no crowds, no stress and only one hotel are what it’s about – a truly unique experience in the modern western world. Approached only by catamaran from St Peter Port harbor, the island is totally unspoiled and offers white sand beaches for swimming, pretty heritage buildings, and the White House Hotel, famous for its fine dining. Address: n/a Phone: n/a Website: http://herm.com/

This 16th century fortress lies on a rocky islet in Jersey’s St Aubin’s bay and was home to famous mariner Sir Walter Raleigh in the early 17th century. During the English Civil War, the future King Charles II fled to the castle. During WWII, it was a major fortification for the German military occupation of the islands. Access is via ferry or on foot during low tide. Address: St Aubin’s bay, Jersey Phone: n/a Website: http://www.jersey.com/elizabethcastle.aspx

The tunnel complex is a grim reminder of the WWII years when the Channel Islands were under the boot of the German Army. The War Tunnels took over three years to build using slave labor from all over occupied Europe, many of whom died due to the terrible conditions under which they were kept. Now memorials to those who suffered and lost their lives in the construction, the tunnels are a museum displaying the history of the occupation, from its beginning to eventual liberation. Address: St Lawrence, Jersey, JR3 1FU Phone: +44-153-486-0808 Website: www.jerseywartunnels.com

In addition to fun for all the family, the Living Legend Village takes visitors on a multimedia tour through Jersey’s long history of settlement via local legends, the Battle of Jersey, the German occupation, and much more. Two adventure golf courses, a go-karting track, craft and shopping areas, live entertainment, and a outdoor play area combine with eateries for a great day out. Address: La Rue du Petit Aleval, St Peter, Jersey, JE3 7ET Phone: +44-153-448-5496 Website: http://www.jersey.com/livinglegend.aspx

For lovers of exotic blooms, the Eric Young Orchid Foundation on Jersey is a must-see on the Channel Islands for its world-class collection of orchids, originally bred and nurtured by the late Eric Young. Many awards have been presented to the rare blooms, including the 2010 Chelsea Flower Show Gold Medal. Set in charming Trinity Parish, the display complex includes a glorious landscaped garden. Address: Victoria Village, Trinity, Jersey, JE3 5HH Phone: +44-153-486-1963 Website: http://www.ericyoungorchidfoundation.co.uk/

Castle Cornet and its Museums

Known locally as the Nunnery since the Middle Ages, this little fort was built in the Channel Islands in the 4th century and is one of the best-preserved examples of a small Roman fortification in the British Isles. Its walls and tower remnants stand 22ft tall, although the bottom seven feet are now buried in sand blown from adjacent beaches over the centuries. Recent archaeological exploration revealed the fort once had a central keep with walls over nine feet thick and, during WWII, German bunkers hidden within the walls. Address: Longis Hill, Alderney Phone: n/a Website: http://www.visitalderney.com/roman-fort