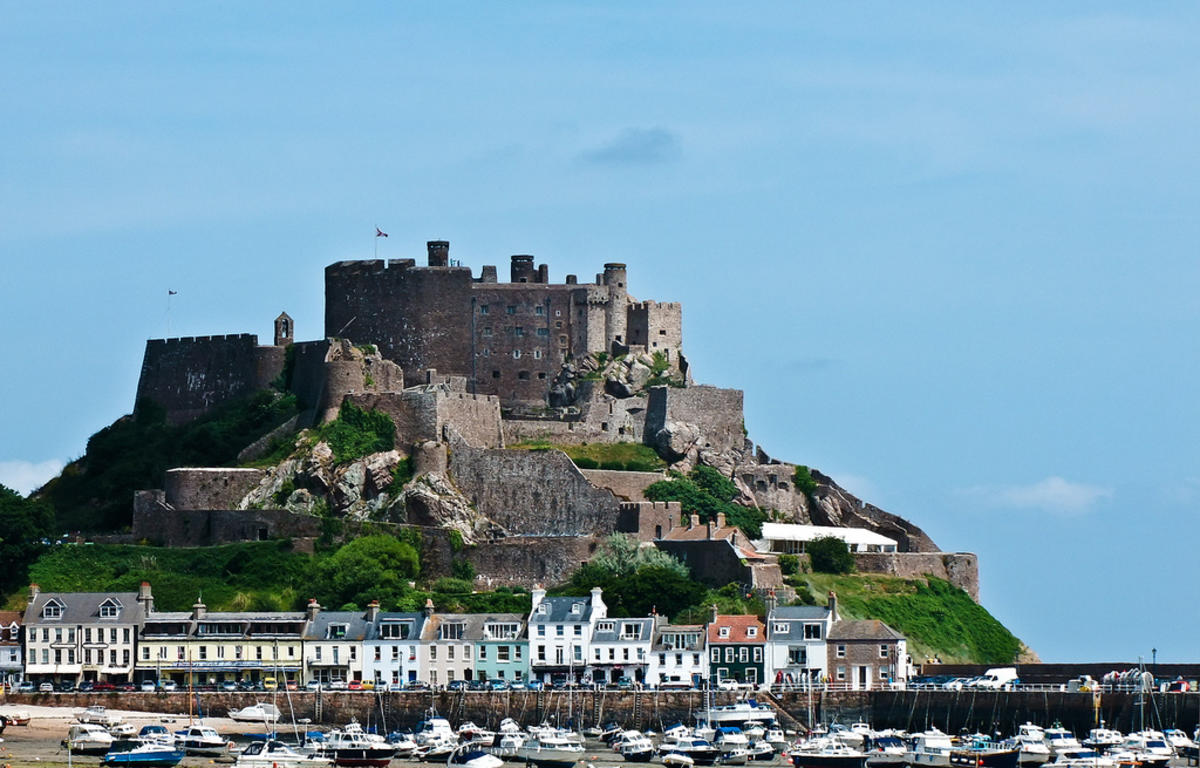 The unique aspect of Channel Islands culture is its strong connection with Normandy, France, still seen in its dialects and its friendly peoples’ leanings towards Europe rather than the UK. The long settlement history of the islands is interwoven with its nearby French neighbors and gives a fascinating twist to a holiday here.

Human settlement on the Channel Islands began some 25,000 years ago, well before the Neolithic floods which gave birth to the English Channel. The population is believed to have been large for the times, and sophisticated enough to leave remnants such as the La Hougue Bie burial mound and the mysterious Guernsey statue menhirs. During the Roman era, the islands were given Latin names and Gallo-Roman culture was adopted to some extent.

Visits by Christian missionaries in the 6th century AD resulted in the adoption of the proffered faith and, by the 9th century, Vikings began to colonize the islands after their raids proved successful. Many places and the names of the islands themselves have Old Norse roots. From the 10th to the 13th century, ownership of the strategically important archipelago swung back and forth between the Duchy of Normandy, England, and the Kings of France, with Henry III of England finally renouncing his claim to the Norman holdings in exchange for the Channel Islands in 1259.

Since then, the islands have been self-governing possessions of the British Crown, successfully using the ongoing conflicts between France and England to trade with both countries. Sark was colonized during the reign of Queen Elizabeth I, with the seigneurship established by the monarch barely changed from the present day. Ever searching for trading opportunities, the islanders built commercial and political connections with the New World and, in 1840, King Charles II granted a Jersey supporter the right to land in the American colonies, and New Jersey was born.

During WWII, the Channel Islands were the only British soil threatened by German troops. Prior to the invasion, many island children were evacuated to the mainland, and Alderney became uninhabited, later to be used for concentration camps by the Nazis. The occupation lasted five years ending in 1945, although the Royal Navy occasionally blockaded the islands after the Normandy invasion in 1944.

Following liberation and the end of the war, the economy of the islands focused on tourism and immigration. Social programs, financed from 1960 onwards by the growing importance of the offshore financial industry, were implemented. When Britain joined the European Union, the Channel Islands declined to follow suit, and remain independent to this day.

It’s no surprise that the atmosphere of the Channel Islands owes a lot to France, as the archipelago wasn’t Anglicized until the 19th century. Prior to the arrival of English-speaking immigrants from the British mainland, the ancient tongue was Norman, with its influence on the cultural aspects of island life, was the predominant language. Local Norman dialects are still spoken on Guernsey, Jersey, and Sark, although the Alderney dialect, Auregnais, became extinct several decades ago.

A charming remnant from earlier times is the tradition of animal and bird nicknames for the inhabitants of the main islands. Guernsey people are known as les anes (donkeys) and claim it’s a reference to their strong character, although natives of Jersey insist the nickname really describes their stubbornness. The inhabitants of Jersey are referred to as les crapauds (toads), as the amphibians only exist on their island. The people of Alderney are known as lapins (rabbits), for the island’s large rabbit population, and Sark’s flocks of crows resulted in the nickname of les corbins (crows) for inhabitants.

The religious culture of the Channel Islands is a mix of French Catholicism, Methodism, Anglican Church, and a smattering of other non-conformist denominations, all of which have variously been the main religion of the islands over the centuries. The interesting old churches and chapels across the five inhabited islands still attract Sunday worshippers, even more so than on the British mainland. The legal system established by the Normans in the late medieval period is still in use today, and road signs are in both English and French.

The independence of the archipelago has strongly influenced its culture, with each island’s traditions unique to its inhabitants and best expressed in its musical identity. Folk music, songs, dance, and the traditional costumes worn at festivals owe much to Normandy influence, and are still valued today. Visitors should remember that islanders do not consider themselves as British, and are very pro-Europe in general due to the islands’ history and location.

Apart from workers in the financial services sector, the tourism industry and a good number of wealthy retirees, most people here are involved in agriculture, once an economic mainstay. The Channel Islands are famous for their dairy products and flowers, with the rural lifestyle reflecting a turn of seasons in the traditional way. The islands have long been a magnet for writers, including Victor Hugo, artists and musicians, and the trend continues with galleries, recitals, and other cultural events taking place in all the main towns.

Click here to learn about Weather in the Channel Islands