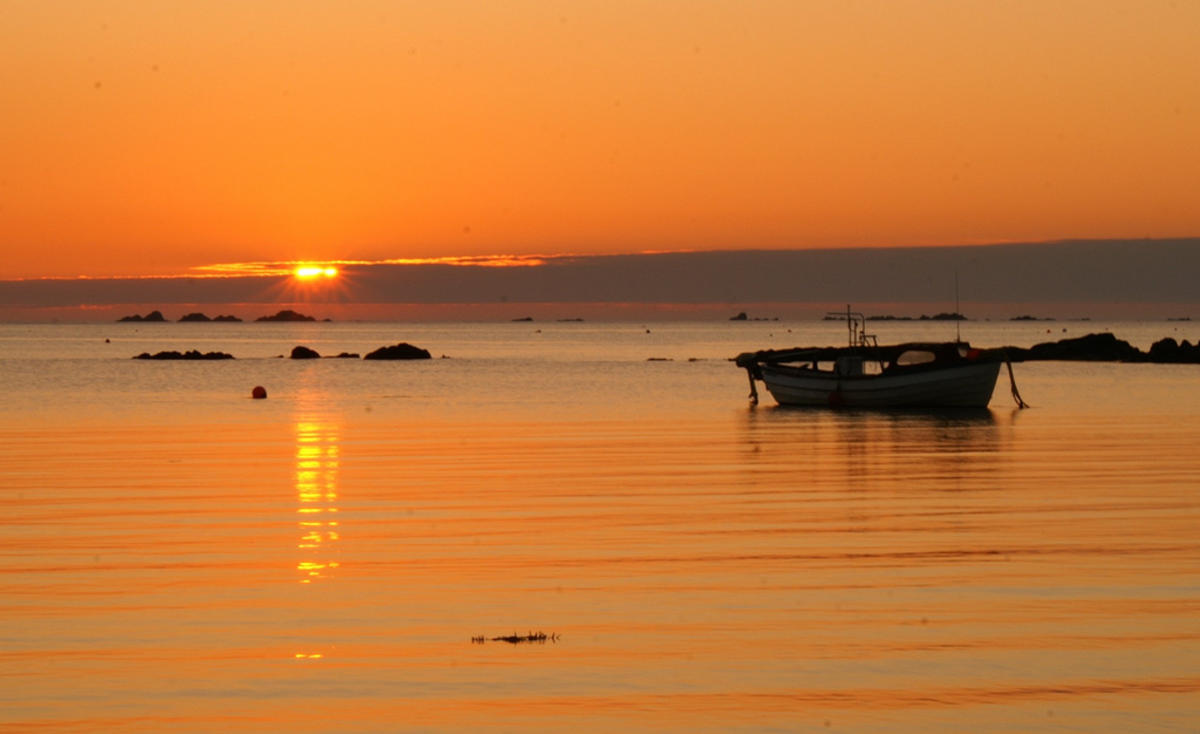 The mild weather of the Channel Islands is mainly due to the archipelago’s location on the rim of the Gulf of St Malo’s warm Gulf Stream waters, trapped between the coastlines of Brittany and Normandy. More protection from extreme climates is provided by the English landmass, 60 miles to the north, and the adjacent French coastline. The strong winds often associated with northerly offshore island groups are deflected by the giant neighboring countries, providing a warm, temperate climate with few extremes of temperature.

Average summer highs in July, the warmest month, hover around 65°F, and rarely drop below 48°F in December, the coldest month. The shoulder seasons of spring and fall are at their best in April and September, with highs around 53°F. The wettest months are November, December, and January, with around four inches of rain, but the months of June and July see only half that amount. The months of May, June, and July see mostly blue skies, along with the most hours of sunshine per day. July has an average of 250 hours of sun, while December gets by with just 50. Snowfalls are rare, but occasionally occur in February, along with cold blasts of Arctic winds.

May through September is the best time for a Channel Islands vacation, with the high season running from June to September. Increases in room rates, especially during the school summer holiday period are evident in July and August. The beaches are at their best, the sunny, warm weather is reliable, and most of the many festivals and events take place at this time. March and April boast clear, blue skies and are great for those looking for outdoor activities, although cold sea breezes drive visitors away from the beaches.