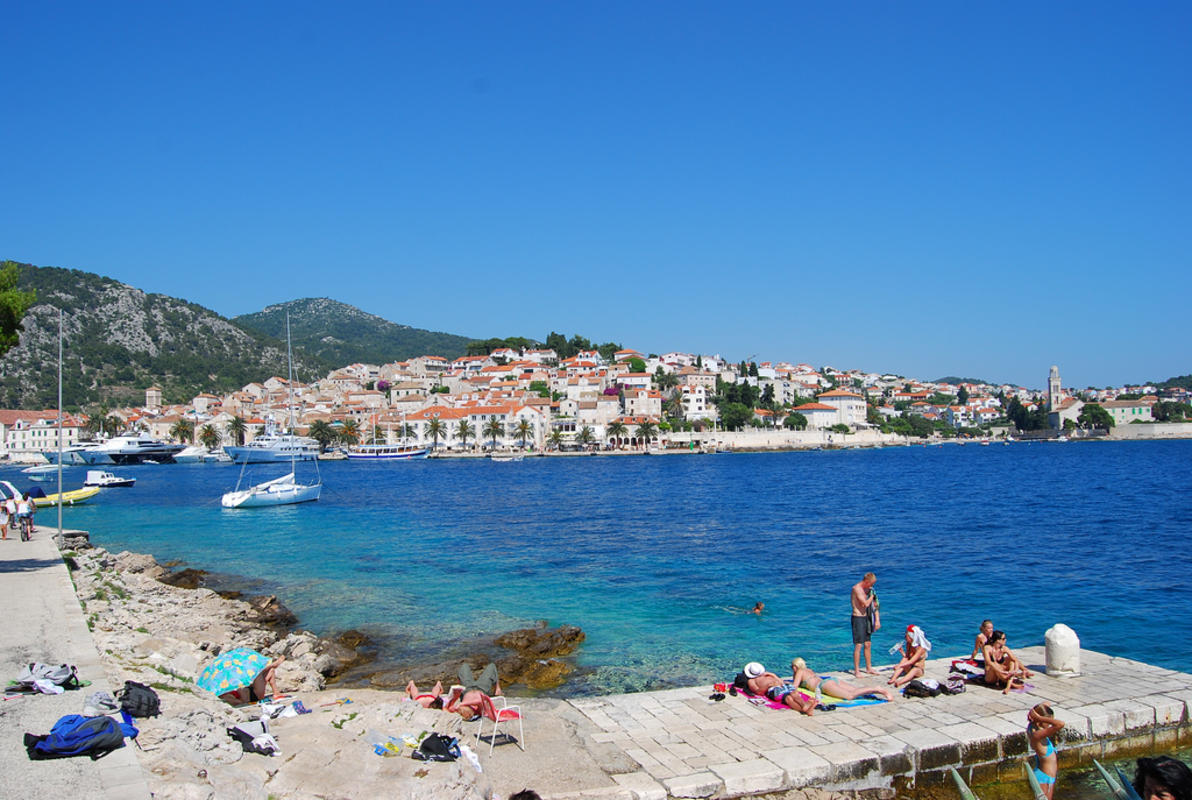 The climate in Croatia is relatively warm with a moderate amount of rain, and largely depends on altitude and distance from the coast. The Adriatic and its immediate interior boast a Mediterranean climate with hot summers moderated by sea breezes. In the continental regions of the country, temperature variations are more extreme, with occasional winter lows in the mountains of -25°F and summer highs up to 108°F. The islands and Eastern Slavonia have the least rain.

On the coast, the hottest months are July and August with average temperatures of 86°F and June and September only a few degrees colder. The shoulder seasons of spring and autumn are warm and pleasant, with highs around 71°F in May and October. January and February have the chilliest weather, with average daytime highs only around 53°F. July is the sunniest, with 10 hours most days versus six November to March.

January is the wettest month, with four inches of rain, while July is the driest, getting less than one inch all month. Along the coast, the shoulder seasons and winter bring the infamous Bura and Sirocco winds which can reach velocities as high as 90 mph and arrive without warning. The dry Sirocco breezes bring choking red sand from the Sahara desert and Libya, as well as heavy rain and storms.

Summer is the best time for a beachside vacation, with plenty of low-cost flights from European destinations. The warm, pleasant weather of the late shoulder season also sees cheaper accommodation and is good for sightseeing, as well as beach activities. Visits to the national parks in March coincide with the mountain snow melt and it’s a great time for hiking and admiring the scenery.

Click here to learn about the Festivals and Events in Croatia