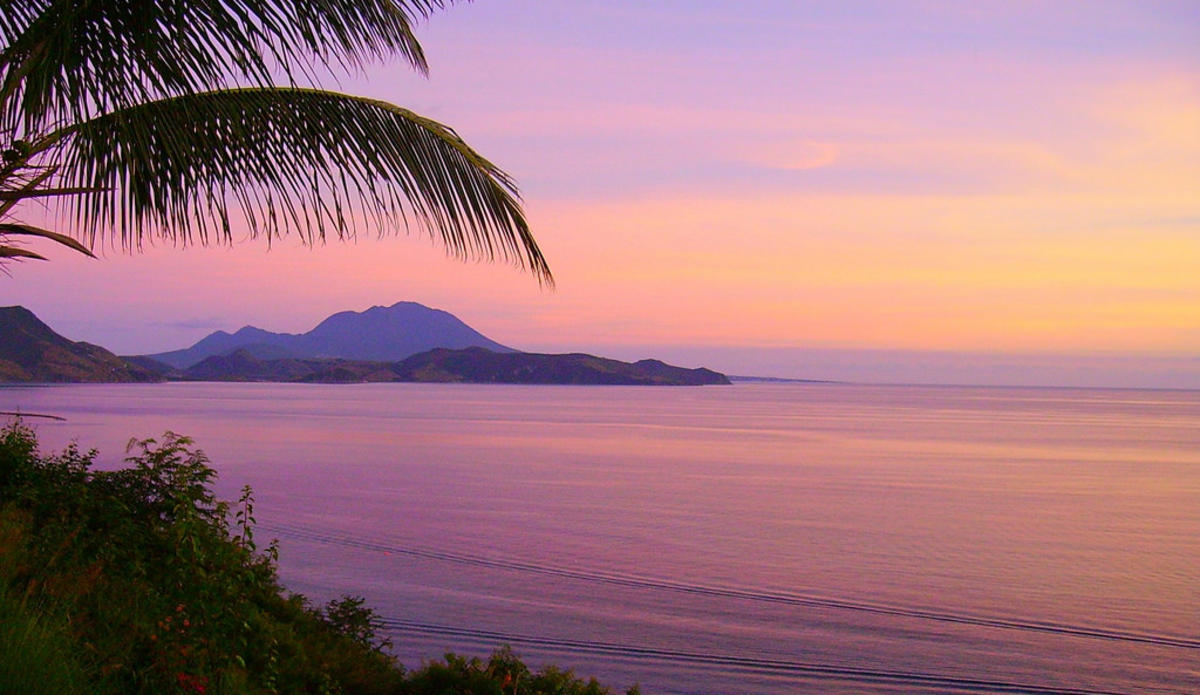 St Kitts and Nevis is a tropical country consisting of two islands located in the Caribbean Sea. As such, seasons are not determined by temperature but by humidity, and it experiences two seasons: the ‘dry’ season, and the ‘wet’ season. The yearly average temperature across both islands 79°F, although a northeasterly trade wind keeps the islands cool. Generally, average humidity is low, although the rainy season lasts from May to October, which is also hotter. The dry season last from November to April, and has cooler temperatures.

The southern peninsula is the driest region, averaging about 16 inches or rainfall annually, whereas the central mountain ranges can see up to 60 inches. The average sea temperature is 80°F, making entering the water pleasurable at any time of the year.

St Kitts and Nevis is within the Atlantic hurricane belt, and severe storms can hit the islands. The official hurricane season is between June and November, although in effect, most hurricanes hit during August to November. Between 1998 and 1999 St Kitts and Nevis was hit by three devastating hurricanes.

With constant year round temperatures and sunshine there is no particularly bad time to visit St Kitts and Nevis, yet vacation makers may wish to consider visiting in May and June. At this time, hotels lower their rates to draw in visitors after the ‘peak’ season, and whilst the weather is still preferable as the humidity is not yet uncomfortable. The peak season in St Kitts and Nevis is between December and April, during the northern hemisphere winter which includes Christmas and Easter.

The annual Carnival is held during December and January making these months particularly popular. The rising popularity of the St Kitts Music festival in June pulls in crowds, and if you are intending on visiting the country at this time it is worth planning ahead with bookings as it can get crowded. The main hurricane season lasts from August to November, where the country can experience violent storms.

Click here for Festivals and Events St. Kitts and Nevis