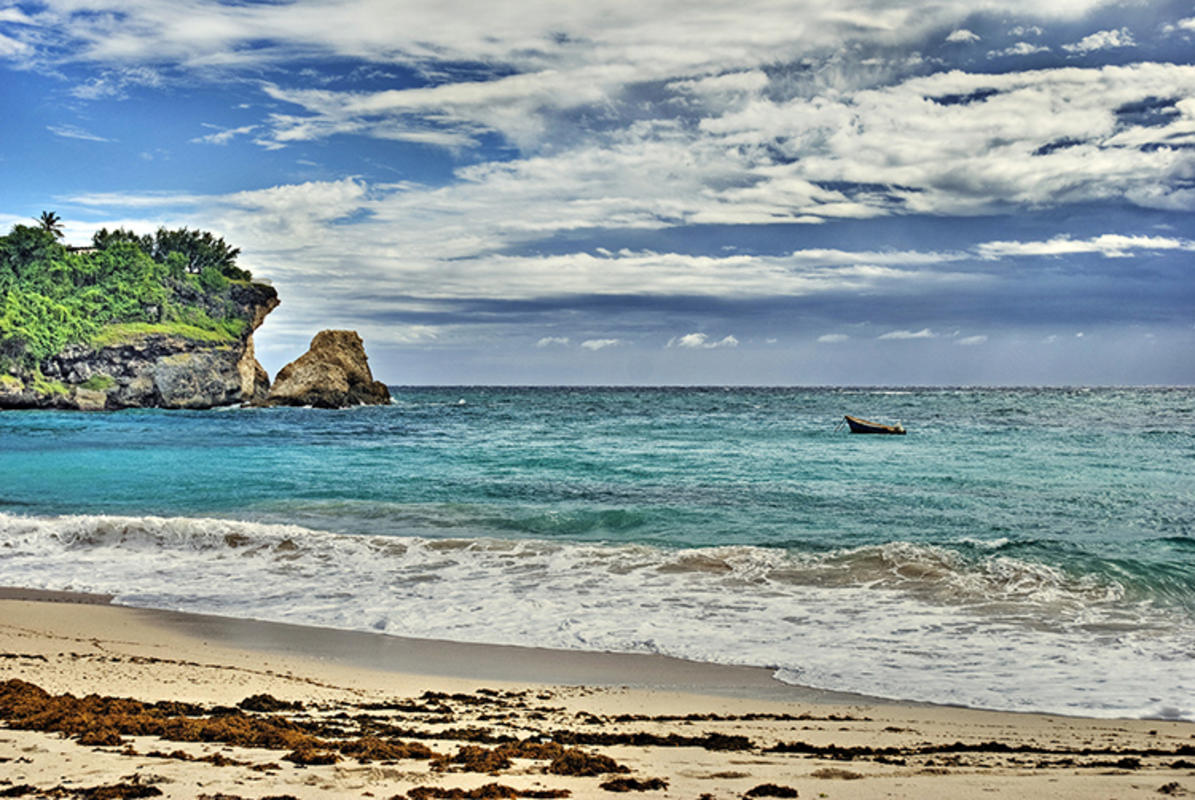 Most people come to Barbados for a relaxing beach escape. However, unlike other Caribbean destinations, Barbados has a historical side to it, as well. This combination makes it an attractive holiday spot for water lovers, as well as culture buffs. Learn about the island’s history, which has shaped the Barbados of today. The Old Town of the capital, Bridgetown, has been declared a UNESCO World Heritage site due to its abundance of beautifully preserved colonial buildings.

Bridgetown is the capital of Barbados and the historic center of the island. The capital boasts some of the island’s best examples of British colonial architecture dating back to the 17th century. One of the most popular activities is swimming with the sea turtles. The well-preserved Old Town has been a UNESCO World Heritage site since 2011, and is a great place to stroll and soak in the island feel. One of the important historic complexes is the military Garrison, which was the largest of its kind in the colonies. Established in 1780, it was the headquarters of the British Imperial Forces. Today, the boundaries have expanded and include the Barbados Turf Club. Address: The Garrison, St. Michael, Bridgetown Phone: +1-246-426-3980 Website: http://www.barbados.org/garrison.htm

A great place to begin your visit to the island is the Barbados Museum, which showcases the island’s history, from the Amerindians until just before independence from British rule. The museum is actually located inside the Garrison, and is housed in a former military prison. This is also a good place to learn about nature, with displays explaining the coral structure and marine life surrounding the island. Also worth visiting is the nearby George Washington House, an attraction where the former US president once stayed. Address: Barbados Museum & Historical Society, St. Ann’s Garrison, St. Michael, Bridgetown Phone: +1-246-427-0201 Website: http://www.barbmuse.org.bb/

It is impossible to come to Barbados without enjoying the fantastic white sandy beaches and clear blue waters. The island can be roughly divided into four regions: west, south, east, and north. Most of the major resorts and popular beaches are on the west coast because the waters are calmer. The south coast sees more waves, so it is popular among surfers and water sports enthusiasts. The east coast gets a lot of wind from the Atlantic, as well as waves, and is like the south coast popular among surfers. The north coast is primarily made up of cliffs that jut out into the sea. Crane Beach on the south coast is frequently singled out as the most beautiful and has received the accolade of being "one of the 10 best beaches in the world." Address: n/a Phone: n/a Website: http://barbados.org/crane.htm

Claiming to be the rum that invented rum, Mount Gay is the world’s oldest rum brand, dating back to 1703. With a history of over 300 years, Mount Gay Rum is made from the best sugar cane harvested on Barbados and coral-filtered water. Located just outside of Bridgetown, perched on a hill, visitors can tour this incredible distillery and go back in time to taste and shop. Lunch and cocktail tours are also available. Address: Mount Gay Distilleries, Brandons, St. Michael, Bridgetown Phone: +1-246-425-8757 Website: http://www.mountgayrum.com/

Spend a day away at this beautiful forest getaway. The Flower Forest covers over 50 acres and boasts some of the best panoramic views of the east coast of Barbados. Flowers bloom here 365 days of the year, with many local birds and animals also calling this natural habitat home. There are miles upon miles of walking paths to explore and secret gardens to enjoy a picnic on a private escape away from the beach. Address: Flower Forest Botanical Gardens, Richmond, St. Joseph Phone: +1-246-433-8152 Website: http://www.flowerforestbarbados.com

Located in the central uplands of the island, this cave system was not thoroughly explored until the 1970’s. Seeing the thousands of stalactites and stalagmites together with the water streaming through the cave is an amazing daytrip. Experienced guides share stories of the formations, as you journey further underground via electric tram or foot. At the deepest part of Harrison’s Cave lies an incredible waterfall for those brave enough to find it. Address: Harrison’s Cave, Welchman Hall, St. Thomas Phone: +1-246-417-3700 Website: http://www.harrisonscave.com/

Located at the highest elevated parish in Barbados, St. Thomas is the natural wonder of Welchman Hall Gully. The gully, which is full of local flora and fauna, is one of the last remaining tropical landscapes on Barbados. Once part of a plantation owned by their namesake, Welshman, it was bought by the Barbados National Trust in 1962. There are numerous walking trails to explore and a visit to the gully a great way to stay cool. Address: Welchman Hall Gully, Welchman Hall, St. Thomas Phone: +1-246-438-6671 Website: http://www.welchamnhallgullybarbados.com/

Click here to learn about Food and Restaurants in Barbados